A lot of objects make the program run very slow

hello everyone/
i am tryin to make a wall made out of rocks. look at the attached pic
.

i will try to explain how i made one rock/

plz someone can help me? what did i do wrong?
thnaks a lot for all the answers

Instead of polysurface, you may want to make your rocks out of Mesh objects. That will probably be much faster. To start with, you could select all rocks and use the ExtractRenderMesh command. 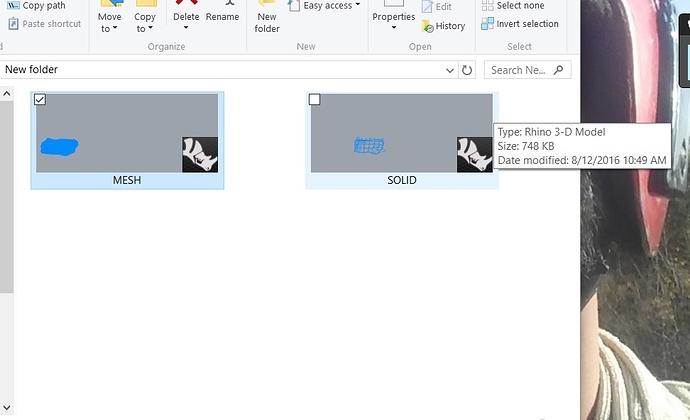 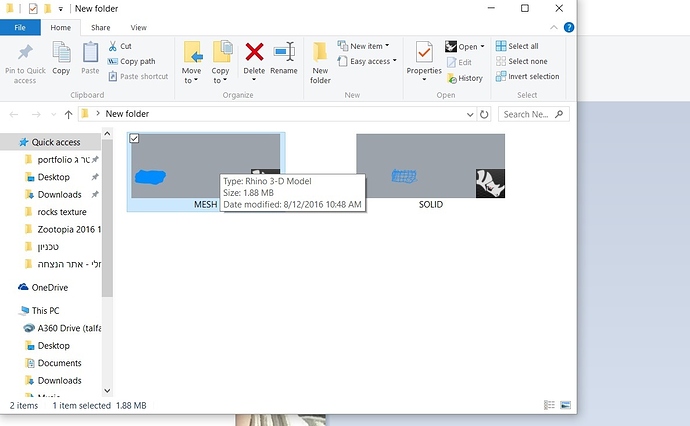 Hii as u can see i saved seperatly ths same rock as a mesh and as a polisurface
the size of the rhino’s mesh is bigger than the poly/ so why u segguest to replace all the poly to meshes?

sorry for my bad english

Don’t go by file size, look at the performance of Rhino when only meshes are in the file.

where i can find/see the performance?

Hi Daniel - I’d start with a MeshBox, 10 by 10 by 10 faces. Weld the box at 180 degrees. Then CageEdit copies, move points directly, use Smooth as needed etc. You can ‘mess up’ the rocks using this script as well

Drag and drop the rvb file onto Rhino and run the BlurMesh command, I’d use the ‘Smoothed’ option.

Um, have you tried hiding some the rocks you are not currently working on?

You might lower the rendering mesh quality in Rhino’s preferences, though with Cage editing you are going to be adding nodes everywhere and a fine rendering mesh under it.

Daniel- consider,every pont is at the intersection of 3 or 4 faces, depending on construction, likely 3, but thats only a guess. There is a solution to your challenge. Lets get the “expensive” one out of the way first. ANY modern computer, 2.5 Ghz or better, 3.4+ preferred, will be a good start. Assuming you’re already opetating in this range, AND assuming your graphics card is giving you the performance on-screen you want, then the solution is fairly simple. REPLACE YOUR HARD DRIVE with an SSD Drive. The biggest part of what you’re dealing with is a data transfer problem. THEN up your RAM to 16G minimum.
NOW- REDUCE YOUR POINT COUNT . You will discover you can get really great bricks with close to the same physical shape, and you may get back to the performance you need with VERY NICE visual results. Try 50 points instead of 200. Experiment. Then break your bricks, with just the image face. Lets say that once you’ve made a brick and its STILL A CLOSED POLYSURFACE. Use EXTRACTSRF, Select the visible surface, hit enter . Apply your image to the FRONT FACE ONLY. THEN collect it back by BLOCK ing them back together.
If you do this, you will see a significant performance improvement. Good luck and post back with results ? Thanks !

@Daniel_Gueta you should be able to get meshes across via the skp (Sketchup) format.

You might want to try Iray for Rhino for photo-realistic rendering:

V-Ray For Rhino has support for V-Ray Proxies. This allows you to have dense render meshes at render time, while still having fast low resolution meshes to manipulate in Rhino.