When I have a named selection of grips of an object, it would be a great help when after duplicating/ mirroring/ scaling etc. the object, the named selection also gets duplicated.
Now a have to create a new selection for the grips of the new object.

this was just added to the v7 wip- 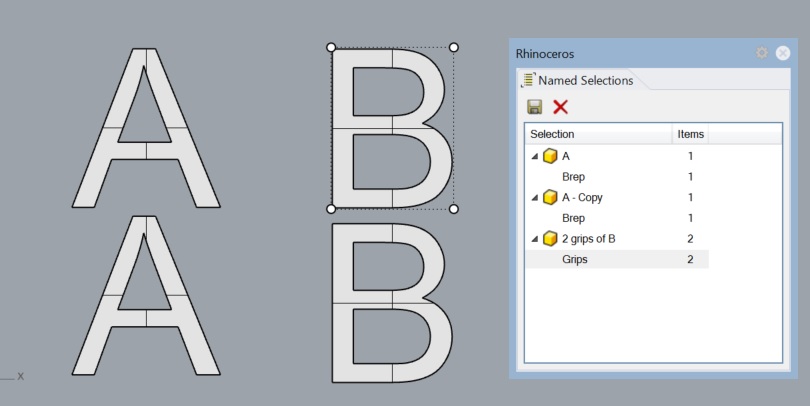 Named selections of NURBS grips aren’t copied sorry, there is a limitation in the core preventing this from working and the command line prints a message but it’s easily missed I know. Named Selections will work best with SubD when it comes to copies and mirrors. The issue is filed but I don’t think it will be possible anytime soon if at all to maintain named selections of Brep grips in copies.

Ok, that is sad but I will find a work around. B.t w., it also does not work on grips of a subD
Thanks for the info.