What's the most basic Rhino feature you could live without?

Hope the new one will be twenty-first-century tight, snappy and good-looking.

I wouldn’t hope too hard. I don’t believe this is going to be a complete overhaul of how the UI looks, but simply a better way of handling and personalizing workspaces. I’m willing to bet that toolbars and panels will still be largely present but have improved functionality.

we need to have the perspective,top,front and right tabs at the bottom

You don’t - I put them on the right, but you can turn them off altogether too (ViewportTabs command)

Cool, didn’t know that one.
In maximized viewport mode, CTRL-TAB can be used to cycle through the viewports, btw.

As Mitch points out, you were reading too much into that. Jeremy asked about making it easier to customize the UI. The new system should make it easier to switch between different custom layouts of the toolbars and panels.
-wim

I don’t believe this is going to be a complete overhaul of how the UI looks, but simply a better way of handling and personalizing workspaces.

A panel will still be a panel, and a toolbar a toolbar. However, it’s the subtle details that make all the difference. A bit more whitespace, a slight shadow of some grip lines maybe, balanced typography…
And well working dark/light color themes!

I’m always amazed by the finesse of good font design. These people have really keen eyes. (Been in a school for graphic design. Not a typedesigner, though).

I noticed in R8 object properties you gave the parameters a bit of space. Good! 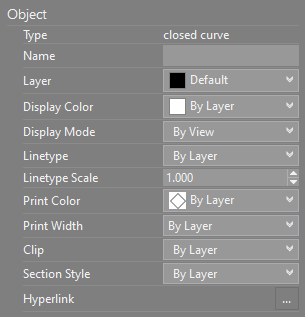 And yes: consistency! If there’s a panel that lists something (layers, named views, layer states, snapshots, etc) it should behave exactly the same - arrow keys to navigate, F2 to rename, RMB menu with the most needed commands, how to store/restore something…

what i really think is a great quality of rhino:

commands i could live without

i use 90% of the commands written in the command line.
so i really don t care if some older commands pile up…
what i really love is, that for most commands the naming / taxonomy is precise.
But there is also some commands, my non-native-language-brain fights:
weld-merge-stich
ring-loop
extract-duplicate
crv-curve

I think some commands could be combined into a single meta-command.
A good example for a very complex command that exists is _arc
_extrudeAnything would be a metaCommand combining 10 different extrude Commands.
_rotate and _rotate3d might be easily combined.
and of course a general:
_SurfaceByCurvesEdgesAxis

the UI should have an answer on how to find commands that might help, but the user does not know.

i would love to be able to dedicate my Rhino7 to Rhino8 upgrade payment on some features. If this is possible i will pay the upgrade tomorrow, even if the new version needs 3 more years to come. I would love to set my money on

and i will tell my university / school to put the money on:

i don’t car about a fancy UI - but it woudl be a pity if all tutorials and videos would not be compatible with a new Version.

no one ever actually uses

I use it every single day, all the time. I would really hate to see SmartTrack die or put on the backburner. It’s actually one of my favourite features!
-Jakob

For many years I would say LAYOUTS, until recent…

i use grid snap constantly for precision design it is part of my workflow.

i find the overall user interface very cluttered. a simple solution would be to populate it with my most frequently used commands.

also the snap settings and nudge commands and units and grid settings are split between the preferences menu and the settings menu. it is a total pain going back and forth.

OSNAP or Disable can be deleted.
Keep Layers and Keep Layouts.

Project option in osnaps, never used it.
History, as we now have Grasshopper.

Seriously? Interesting. I have this set to an F button as an instant shortcut, use it all the time

Yes, this astounds me, too! If I’m in a top view and draw a curve with snapping on, chances are high the curve will be a mess in the z direction.

History, as we now have Grasshopper.

There was a lot of debate about this already. GH is not a replacement for the history, because it cannot ‘track’ the modelling process. Interesting as this would be.

No one on Drape or Heightfield?

For me this list is about things you don’t understand and not on unused command.
Mostly unused tool are also unknown tools.

Not to mention PATCH.

I use these all the time

I use project all the time

It would be very nice to be able to toggle layouts off, I never ruse these and that bar is an incredibly inefficient use of real estate.

This is possible How to get viewport tabs and layouts back?

Yes, if button addition, deletion, and placement were done w/ simple add and delete buttons and arrow keys to move them it would be amazing.

The current method of dragging while using various combinations of modifier keys is a continuing nightmare.

IMHO this entire thread would be moot if the above most basic UI modification functionality was not entirely frustrating and tedious.

The work environment editor panel is just ok but managing and propagating the templates to new instances and machines has never worked well for me- I would have to really look again to see the reasons why, but if I recall the reasons were numerous. I recall the command line work being a pain.

I do like the new focus tabs above the workspaceto what I asked for above. I think it would be better if they controlled the side and top bars rather than just the top: this would be the equivalent of changing the entire environment for me.

**Edit- I just noticed that the Curves tab shows that it is indeed possible to change the tab on the left as well! Next to find out: Can I edit these tabs myself and have them reliably propagate to new instances ??

However, the above thoughts are still ck-blocked by the tediously cludgey way of achieving the empirical task of adding, deleting and especially moving buttons. Sure, I’ve made do for the last 20 years, but I’ve never liked it- I’m sure something better can be implemented by now. Even to just be able to use arrow keys to move a button in a bar after a menu-pulldown click would be awesome.

Then the UI would be easily modifiable by the user, without getting commands deleted by some short sighted individuals who dare make assumptions about how the rest of us structure or should structure our work flows.

Thank you to the McNeel team who has solicited all this criticism, you are brave! :))