What is difference between open surface and surface in rhino?

i made a hull design…one by loft command and other by surface edge command.
when i select bottom part of hull(as highlighted in photos)…in first drawing it shows it as “Open Surface”…while in other as “Surface” only…what difference between two surfaces? 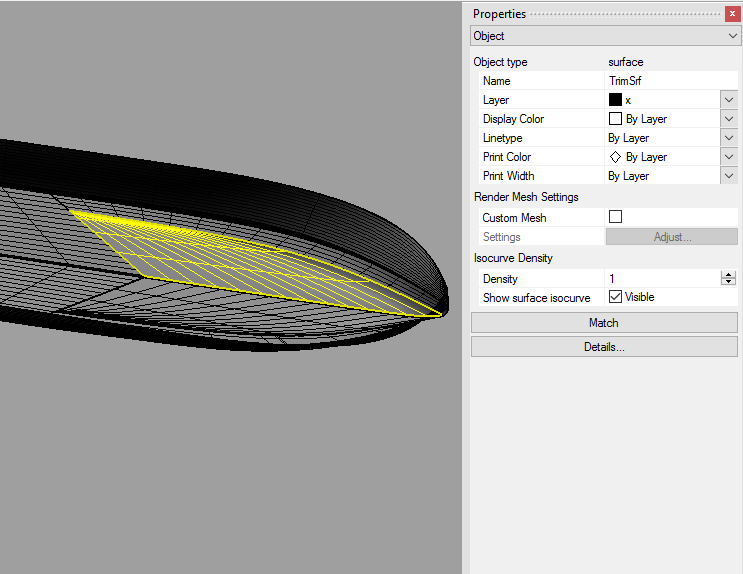 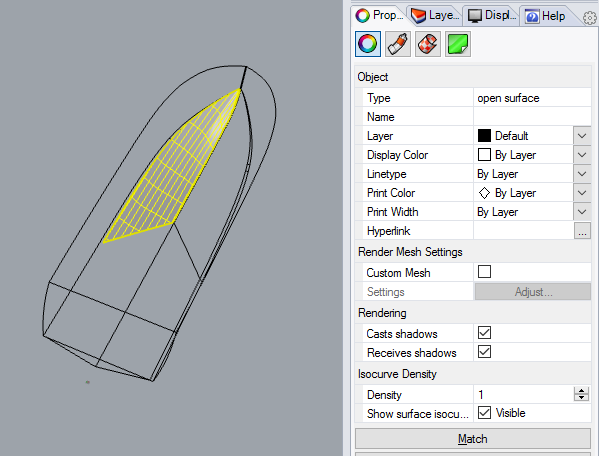 Hello - no difference as far as I can tell other than two different Rhinos, looks like v4 and v5? (V6 is back to just ‘Surface’ for some reason)

in first photo…in properties tab…the Name of surface is “Trimmed surface” and in second photo, there is no name of surface…why??

Hello, I have no idea how the name is applied or when - if you post a file with the surface, we might learn something.

hey pascal…have u got the files??

Hello - the surfaces are very different -

I’d prefer the red one in general as being more rectangular but in the file the point on the blue surface is simply moved off to a new triangular surface ahead of the red, In any case making these by Loft or EdgeSrf is fine - an EdgeSrf with just two curves makes the same thing as a loft of the same curves.

I guess I don’t really know what your question is, these are two very different surfaces.

My question is why when i selected bottom part of hull…gives different names…trimmed srf and Shell…what it means??..i am attaching the photos for clarification 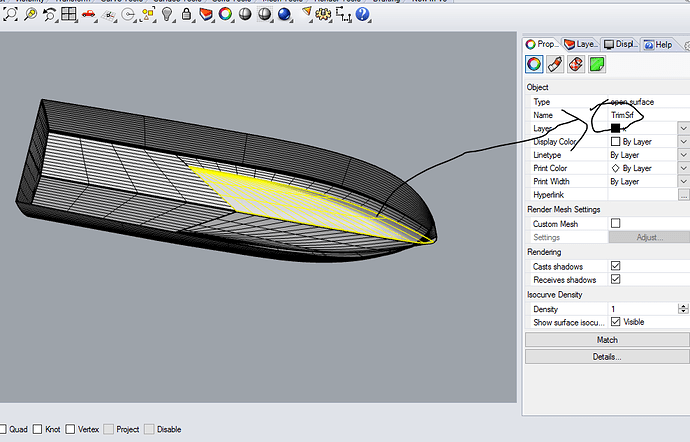 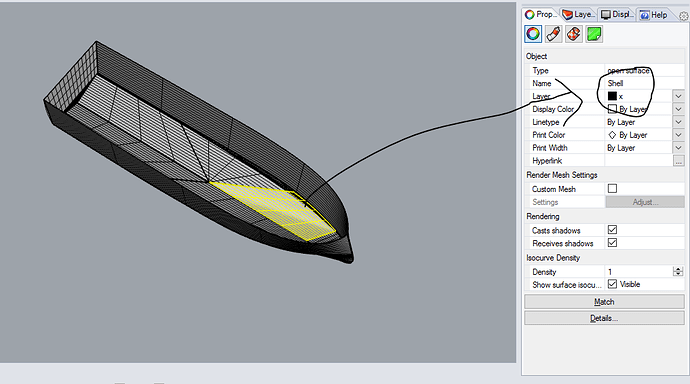 Hello - as I say, I have no idea who made these files or why/when they might have named the parts - that is not something that Rhino does by itself, and it has no effect on the geometry.

it is because you imported these from some other application (I assume IGES coming from Maxsurf) and there they had names, the names were imported as well