I think that the forum here does a similar job in regards to feedback, asking for new features and wishes for improving existing tools. I can see lots of Rhino users’ feedback and great ideas already being added to the pile, but the main issue is that those stay in the waiting list for years. For every new iteration of Rhino we wait for those improvements of the few main NURBS modeling tools (mostly “Blend surface”, “Match surface”, “Explicit control” /an integrated “Rebuild surface” into those tools/ and proper control point editing with handles along the control polygon similar to what Alias and VSR for Rhino 5 use), but in reality they never happen. The improvements in “Blend surface” were mostly in Rhino 4 that allowed to rotate the individual handles. On the other hand, as I mentioned in an earlier post, the “Match surface” tool got downgraded in the same Rhino 4 release.

Many Rhino users stick with Rhino 5 even in 2022 due to incompatibility of Rhino 6 and later with their expensive plug-ins for Rhino 5 (VSR included).

At the moment I see no reason to upgrade to Rhino 8 since its “Blend surface”, “Match surface” and point editing tools remain relatively the same as in Rhino 7. I would gladly upgrade if those 3 tools include the improvements that I and other asked for since the Rhino 5 era.

Just browsing around the net, I found this: What happened with VSR/Autodesk Shape Modeling? - #11 by velopl
2017… I’m afraid we’ll never get some real help from McNeel and we’re just wasting time

hopefully i am not a very bad cad modeller if i sometimes end up with a 4-side match or even 5 side hole.

No, not at all.
It’s just that multiblend doesn’t even work that well if not under favourable conditions.
In cases I want a small and dirty 5+ sided patch with “good enough” surface quality I’d prefer xnurbs over multi-blend most of the time.
And with “most of the time” I mean “all of the time”.

@Rhino_Bulgaria Looking over someone’s shoulder as they are working and asking questions on the fly really makes a difference and captures workflow nuances much more pronounced than these forum discussions ever will imo. McNeel conference anyone?

Yes… The topic is way too complicated to nail it down to some feature descriptions. E.g. the 5+ sided patches (native patch and XNurbs) can be circumvented by one out of many corner-blend techniques. But many of them are really hard, if not impossible, to achieve with Rhino…

well… tsplines went away and we have subd now,… just saying…

agreed, however, myself, brian james, pascal, vanessa and several others are, as are the hundreds (thousands?) of folks in our respective networks. . Also many of our devs are actually very very good modelers with a depth of understanding of the tools that most of us could only hope for.

That said, we develop Rhino for you our users, and as such we’ll have discussions like this… covid has killed off most of our site visits which we did quite frequently before the pandemic, so we are trying to adapt and keep the communication open as much as possible,

will is result in “i want this,” and 3 days later >poof< there it is? Likely not in the specific ways that you’d hope for, but. we do take note of all of this, it does not go into a hole and get ignored. And for that I thank you all for your inputs here. Keep the conversation going, we’ll keep doing our thing and ideally we land in a place where we can all keep making great stuff with a great piece of software.

Thanks for being the best group of users I’ve ever had the pleasure of interacting with, there is a reason I started using rhino 20+ years ago and you folks are a big part of that.

I feel like I’ve said my piece here, but I’m going to wrap this all up with some bigger picture thoughts. I’m currently working on an automotive project with Ray Burgueno of Handlebar3D, which has been one of the best experiences of my modeling career. He’s on Alias of course, and I’m using VSR on RH5. What’s really blown me away is that in terms of surface quality, there’s effectively no difference between what I can do with VSR and what Ray can do with Alias. That’s because so much of this comes down to the fact that at the core, doing this kind of work is about point editing master surfaces, matching, and blends. Having proper matching, proper sculpting tools, a good blend tool and a small collection of other tools/functionality makes all the difference in the world. The list of what actually allows this level of surfacing in Rhino is very small, and half of it is simply about fixing or extending what is already there.

I’ve said this before, but it’s worth repeating - I personally do not think that the goal for McNeel should be to create some sort of replacement for ICEM, Alias or CATIA. If you need those programs, you have the clientele and projects to justify the expense. VSR was not aiming to replace those programs - it was looking to augment the tools of the existing Rhino userbase. Now, they did an utterly terrible job of explaining that, but nonetheless there’s a reason why those of us who were lucky enough to snag a copy can’t shut up about it. I joke that VSR is like the Velvet Underground of Rhino plugins - no one cared when they were around, only after they were gone did people realize how influential they were. I also always find debates about “who is Rhino for” to be hilarious. The answer - as I see it - is that Rhino is whatever the userbase wants it to be. Rhino will always be changing and evolving, and the userbase will reflect that. There’s always been a bit of chicken and egg with McNeel doing a VSR replacement, but I firmly believe if you build it, the userbase will come. I know I’ll certainly do everything in my power to see that McNeel’s efforts here are successful - I think if the folks at VSR did a better job at marketing and education, the outcome would have been very different.

Looking over someone’s shoulder as they are working and asking questions on the fly really makes a difference and captures workflow nuances much more pronounced than these forum discussions ever will imo.

This is so true, my other CAD software has some weird things happening that are hard to describe sufficiently in writing, it will be much more clear if the developers can see what is going on.

Developers seem to be testing for “theoretical” use scenarios under somewhat perfect/clean conditions whereas in reality workflows and user conditions and needs vary much more than in those theoretical scenarios and require a more practical approach. I don’t expect developers to have a full understanding of each discipline in which their software is used, but having practical experience really makes a difference in inderstanding issues that users are facing and what needs to be solved.

I can see lots of Rhino users’ feedback and great ideas already being added to the pile, but the main issue is that those stay in the waiting list for years

These are related. The downside of perpetual licenses is that a company is rewarded for selling new seats. That’s why we got SubD rather than a better Blend. With recurring licenses, they profit more from servicing and retaining existing users.

well… tsplines went away and we have subd now,… just saying…

SubD…it’s missing the one thing I used TSplines for - tsPipe. And now that TSplines won’t activate, I guess I’m spending $700/yr on Modo. I’d rather spend that money with McNeel…or not buy things I already had a perpetual license for.

SubD…it’s missing the one thing I used TSplines for - tsPipe.

I guess I’m spending $700/yr on Modo. I’d rather spend that money with McNeel…

We had Modo since Version 203 until version 14, still have a few licenses now but since COVID we moved to Blender and never looked back. Only think we miss is excellent UVunwrap tools and we started using RimozUV for that (perpetual licenses) and so far it’s looking great.

I hope that helps,

I’ve said this before, but it’s worth repeating - I personally do not think that the goal for McNeel should be to create some sort of replacement for ICEM, Alias or CATIA.

The difference here might be sematic. I’m 100% for providing VSR functionality in stock Rhino, and I think that’s a useful goal for McNeel. For many people, that might be the equivalent of Alias. But to expect McNeel to create a product aimed at replacing Alias/ICEM/CATIA is not realistic, imho. That’s an entirely different ball of wax - really that’s what Kajto is aimed at. One only has to look at the size of the userbase for Alias to understand the cost/benefit analysis of that endeavor for McNeel.

Blender and never looked back

MultiPipe would be perfect if it weren’t missing editable, history enabled:

I’ll check out Blender. If it has anything like MeshFusion, I’ll give it a try.

MultiPipe would be perfect if it weren’t missing editable, history enabled:

I’ll check out Blender. If it has anything like MeshFusion, I’ll give it a try. 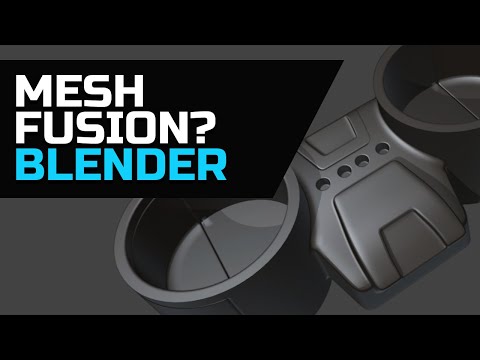 PS: a lot of your complaining might be based on being unfamiliar with what Rhino and other software can actually do these days. This is what happens when you keep using old software.

I do not believe that any business owner with development potential would state “it is my only option.” VSR is an additional differentiator between Alias and Rhino. Autodesk purchased VSR not because of Rhino or its ability to develop features, as AutoDesk can accomplish anything Rhino is capable of; they saw the potential in VSR, which bridged the gap between Alias and Rhino. Provide one example of what Alias is capable of. I am able to demonstrate what Rhino+VSR can achieve with precise demand and identical tools or workflow.

Finally, I do agree that Rhino development is SLOW and unstable. (I miss V5 TBH)

Provide one example of what Alias is capable of. 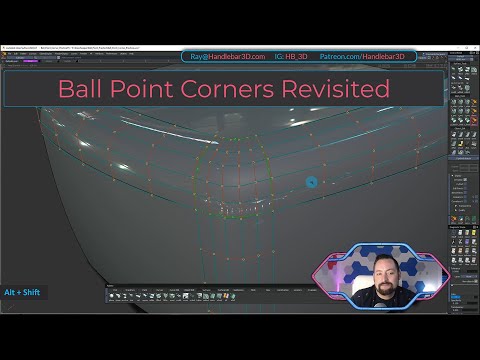 I expected you to present me with more challenging problems. First, which component of surface modeling do you not fully comprehend? Second, VSR includes the precise tools illustrated in the video.