Hey Guys I´m using Rhino 5.0 and recently updated Vray to 3.6. The Render seems to work fine but somehow I cant see the materials in Rhino viewport, they only appear black. I already tried different materials and changed display mode settings. Any Ideas?

Which display mode viewports you are selected ?

Its my shaded mode. But its the same in Rendered mode. just black.

There is no realistic mode in Rhino. But I dont think its about display mode, I checked the settings and it should show the render material its the same as in teh rendered mode.

SOLVED!
Okay I know what the problem was. The Texture Image for the material was simply to big. The Size of the Image 6700 x 2700 ( 3,5 MB) couldnt be shown in the Vieport. I made it smaller and it works. Thank you

I’m having the same issue, but I’m using materials from the vray library… 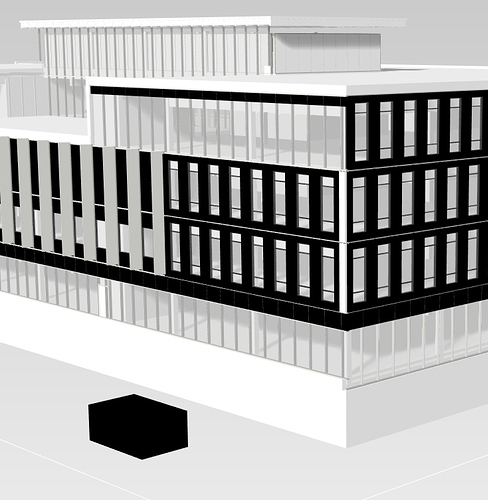 Anyone else have this issue?

Hi there. I´m using Rino 6 and V-ray 3.6 and I have the same problem with the materials in the rendered viewport. Most of the materials appear grey and it does´nt matter if there is a texture on it or just a solid clored material. 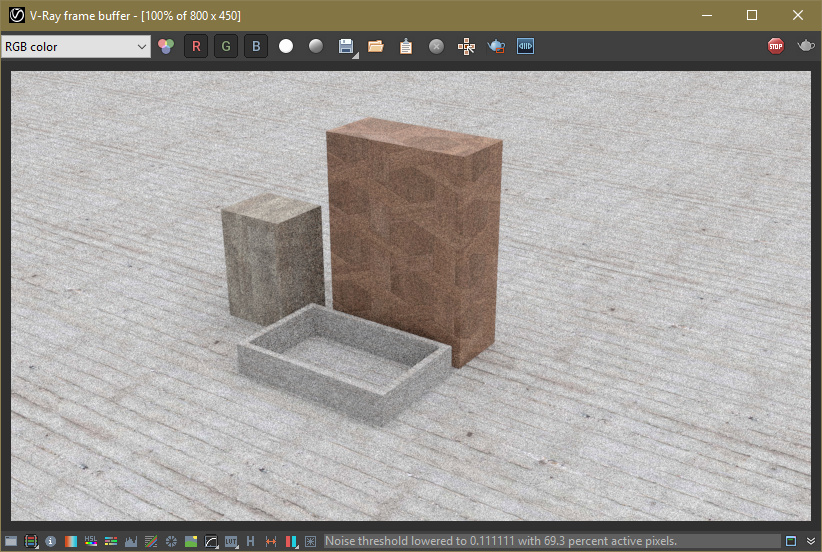 Hi there, guess I solved this problem.
It depends on the type of material and its structure. If you use a standard material that only contains a reflection and a diffuse layer and the reflection layer is on top it appears black. Use a generic/VrayBRDF material and the material will displayed correctly.

RenderID, ObjectID show up fine, but the edges are coarse. See attached images

guys there is another way to control what u see in ure view port if using VRAY materials. Lets say u have a material with tons of textures - diffuse, normal maps, reflection, opacity and its layerd on top… What texture should Rhino display in the viewport? It takes a random decision at first BUT in most cases it might not correspond to the desired intention (ex: it shows opacity instead of diffuse).
There is a way to pick what Rhino shows in the viewport by unchecking the “show in viewport” eye-like button (see image attached) and only leave it checked for the texture you want. Hope this solves ure problem

I tried doing this through the Binding property (as there is no eye-like button for me) and all I got was a tiled texture on a black background. Isn’t viewport should preview whole material rather than it’s texture only?