I was wondering if there is any option to get “visible” projection of curve on brep/mesh both behaves the same way - for my use mesh would be better.

However here’s the thing:

I have 2 mesh boxes which are joined so this is one mesh and i get 2 curves (and curve is projected through - like i would cut it with extrusion): 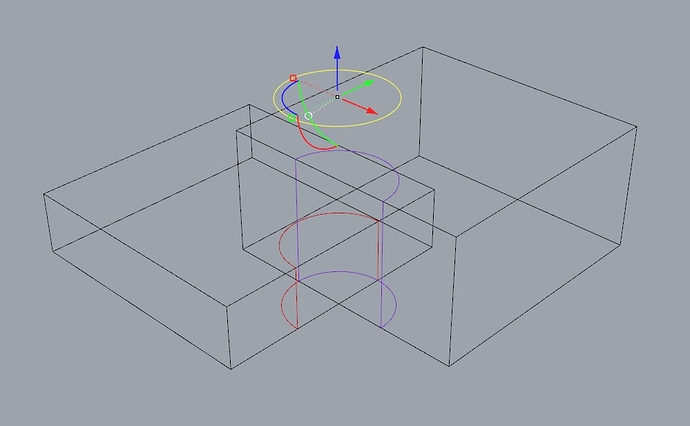 This is what i would suposed to get from “visible” projection of curve on mesh - visible means that visible from projection plane - besides it should be only one curve since mesh is combined: 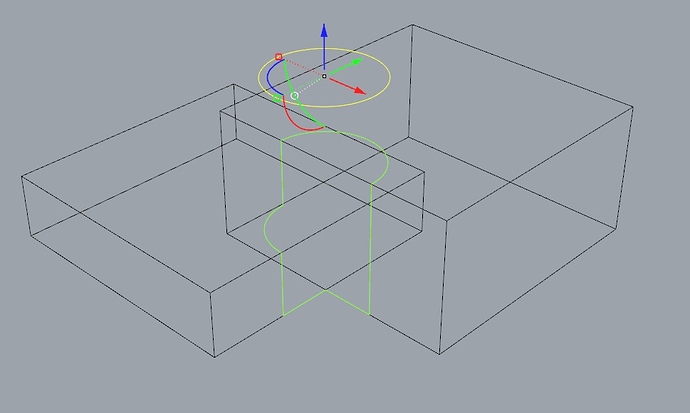 Any ideas how to achive this? Curve.ProjectToMesh Method gives the same result as rhino command.

@dale could you shed some light on this? Is there something i could use from api or i can achieve this only writing this from ground up?

My apologies, but I’ll need some clarification in what “visible project” means to you, as I am not following what you’re after.

let’s say that inverted z axis of gumball is direction in which we are projecting the circle - so basicaly we would project to objects which are visible from circle point of view to bottom.

I added shading to be clear which parts would be seen as visible - basically all surfaces where normal is less or equal to 90deg between direction and normal vector and where curve first time hit srf ( there shouldn’t be project through solid behaviour ). 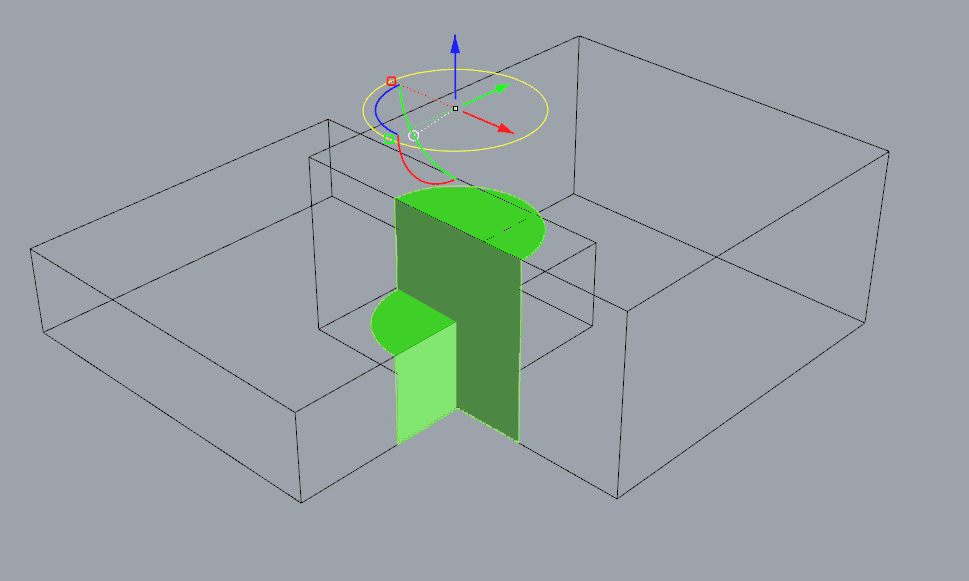 It looks to me like you want to project to the Boolean Union of the target Breps/Extrusions. Is this correct? If so, then this is possible in code.