so I have a sphere that has a bunch of curves on its surface. These are the result of intersection with other crystal forms that intersect it.

I need to lay this flat so I can print a paper (sticker) net that I will use to stick onto a physical sphere.

this will be the map I use for drilling screw holes and also for checking rotation on the 3d printed crystals that will be on the outside.

My problem is the unroll surface command does all sorts of weird things which are seldom what I was looking for.

here is one example. 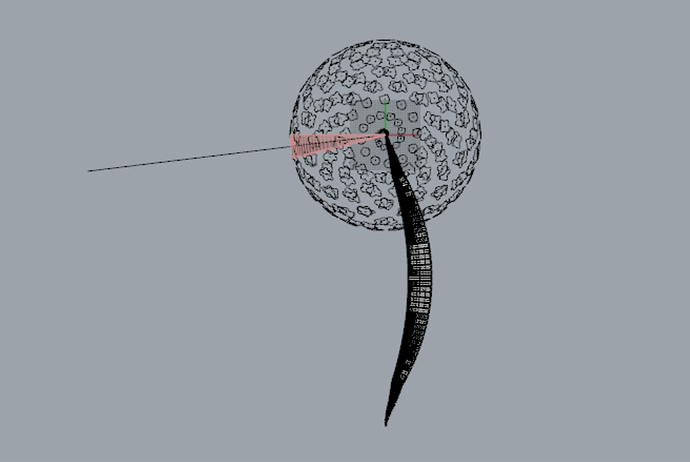 I have already used the rebuild surface tool to simplify it so it can actually be used with the unroll surface command and I have previously tried a few other smash and squish attempts but also with limited success.

here is my model file

its hosted on mega as its too big to upload directly

also I removed a ton of the crystals from the model so it was less clunky. My internet is painfully slow here. still should give you a bit of an idea what I am doing

I don’t know why but the unroll surface only works if it is a single surface. not a the tilled surface that the rebuild tool produced. I rebuilt it manually with a loft and did my trim and it worked bam first time.