Hi, Anyone have an easy way to flatten a model? I’d like to be able to get a result similar to unroll but with the whole model. BoxUnfold.3dm (769.9 KB) 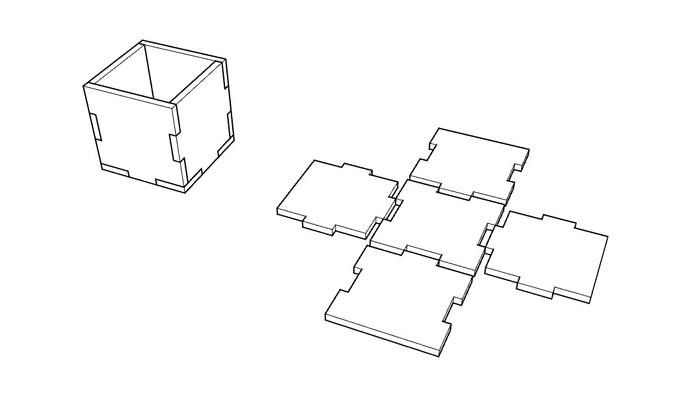 you have only 3 different parts, doing it manually would take 2 minutes.
or do you want to make something else other than the one you showed?

there is a software named pepakura which is good in such things
if you need it for more complex models once.

This was just an example. I was just wondering if there was a tool I didn’t know about or a script or something that would do it for more complex models. I’ll check pepakura but I was under the impression it was for paper folding. would it be able to handle unfolding separate geometry like this?

as long as they are closed objects they can even touch each other i would believe. Pepakura was meant for paper models yes but its very powerful in unfolding meshed files of higher complexity in a manner that its good for layouting or whatever you plan to do with it.

I’ll have to give it another look.

Hi Owen - I guess it is possible to combine a few tools to get this done but I am not sure it is sufficiently less work than ‘by hand’ to make it worth while. For your example -

@pascal @okeating
Hi
Here is a macro and an example of how it works the
Macro , maybe @pascal we can help to improve