Unable to trim or Intersect

I’m unable to trim or intersect theseUnableToTrim.3dm (46.6 KB) two surface.
Enclose you will find the Rhino6 file.
I’m using a default setup and objects are in the middle of the grid space. I was thinking is a precision problem but I do not understand why in this case (since is a default setup). 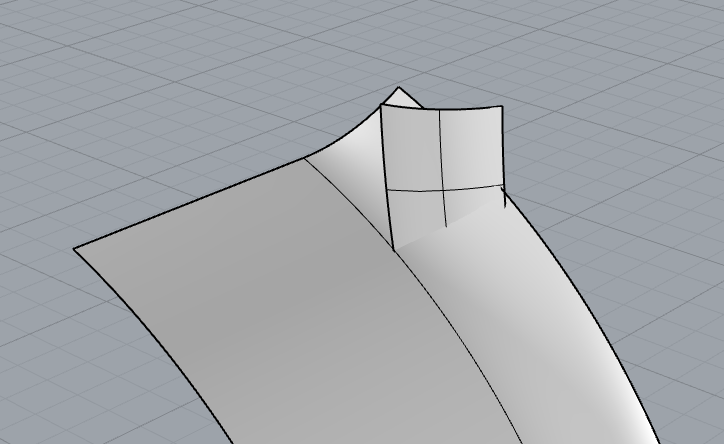 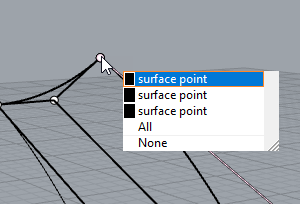 I’d clean that up first and see how things work.

They came out from a ‘FilletEdge’. Thanks you so much for improving my debugging skills!

Hello - that seems unlikely since the arc part of the surface is not a separate one FilletEdge would not make that on its own- there must be some other operation involved.

Yes, was not a FilletEdge. I make the initial curve with overlapping points.

Mabe overlapping points of the same curve can be painted in another colour?

Hello - for now, if you have doubts, you can use the test command testValidateControlPointSpacing

Since it is a test command, unsupported, you’ll need to type the whole command or copy/paste to the command line.

Thx!
Left: Using a UI button for checking all curves: 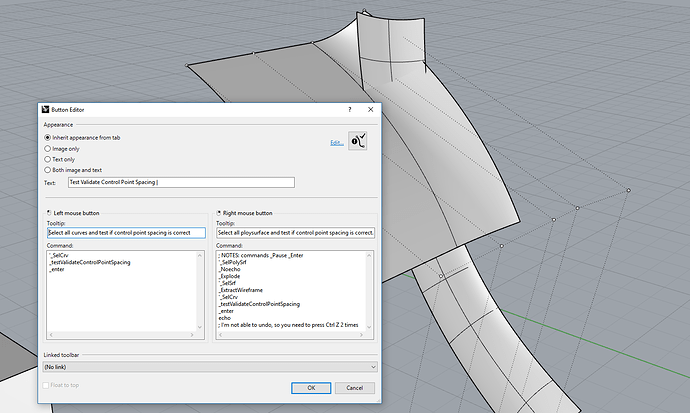 Right: Checking surface and polysurface [ATT: YOUR POLYSURFACE WILL EXPLODE]

It can be very useful if implemented visually so that we do not has to inspect each surface manually.
As for example a simple option to display control points in red if they are to close to each other. 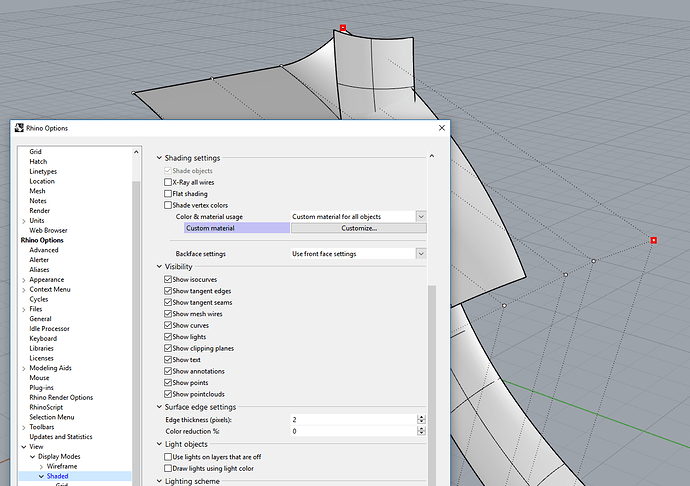 Can be cpu intensive but can be calculated not often when curve or surface are been modified and in a separate process thread cpu core.
Or include it inside ‘! _Check’?

Ok @pascal I debug what happened.
Somehow I was not able to split surface by isocurve ‘Split _Pause _Isocurve’. So I extract the iso curve and use that to trim. Then I apply to shrink to that trimmed surface and I get 3 points overlapping. Rhino6 and 7
ShrinkBug.3dm (280.0 KB)

Hello - try starting DivideAlongCreases > SplitAtTangnets = Yes. You should also be able to split with an isocurve using the Int Osnap to hit the intersection of two isocurves.