I’m trying to do something seemingly simple but it’s proving a bit complicated: joining lines. I have one long line and I’m trying to join several shorter lines to it, perpendicularly (like a comb). The error is always “unable to join curves.” The curves are all on the same plane and they are touching, but the only place it will let me join them is at the endpoints.

Rhino does not have comb-shaped objects, but it can combine all objects into blocks and groups.

what would you want to do with this? i believe that one reason this does not work is because extruding those curves would end up in nonmanifold geometry. this is basically allowed but will lead to objective behaviour if you dont know what you are doing.

one method to get such curves combined would be to redraw all the lines or join them at those points together that they create a looped continuity like here, but be aware that this might only be for graphical representation, you cant use those curves for any surface creating tools.

Just to clarify, I want to draw one long straight line and several other straight lines perpendicular to it, joined together. The simplest representation would be the letter “E”: the top and bottom bars join to the spine, but the centre line won’t join.

For curves to join in Rhino, their ends need to be touching.

You could use the Group command in Rhino

Ok - I see, so ends need to be touching. There’s no way to join a line to a miscellaneous non-end point? Or to additional control points?

There’s no way to join a line to a miscellaneous non-end point? Or to additional control points?

There are actually a couple of exceptions in the case of surfaces that allow you to have “non-manifold” structures (not recommended), but that’s not the case with curves.

did you check the file i had posted above? there is a way if you take a polyline and follow this sequence, you will have stacked edit points (kinks) and it will not have any advantage other than disadvantages BUT but it will be joined 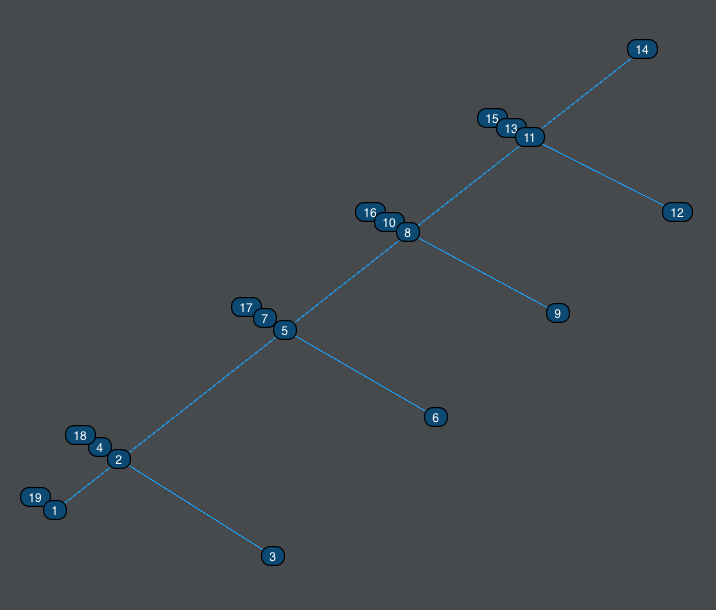 in NURBS surface modellers but also solid modellers such as SolidWorks, you can group curves, but not “physically” join them so as to become a single manifold curve. Even if that were mathematically possible, one could not use such a curve to build surfaces from. Maybe you have a sample of what you are trying to model with your curves?

Thank you very much for the thorough explanation! Actually I’m just making a reference structure for the floor heights of a building, but this is a lot of food for thought. I didn’t realize Rhino worked this way.

I just checked it. Thank you very much for the thorough explanation and example!

I didn’t realize Rhino works this way, and now manifold/non-manifold geometry are new additions to my lexicon.

I’m just making a reference object for determining the heights of building floors so Group is sufficient for my needs.