I’ve got a fairly simple form that won’t cap. The Sweep 1 rail is planar and rebuilt. The profiles are planar also. The ends of the surface should be planar as well. However, Cap won’t close it.

If I use Refit cross sections within 0.01 mm then the sweep will cap. But there is no obvious reason why this shouldn’t cap with a regular Sweep1. 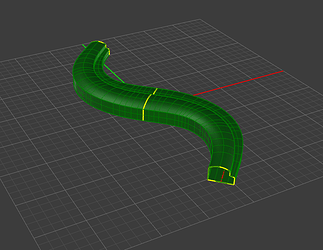 Hi Mike - the problem is there’s a naked edge down the middle of the base plane - your path. It looks like the seam point remains open no matter where it is. Looks like it is an open bug still:

Thanks @pascal, I didn’t have the tracking link to the issue so I couldn’t see if the bug report was open or closed.

Is this bug likely to get addressed for a Rhino 6 service release or at least for Rhino 7? It used to work in Rhino 5, but now it doesn’t. From a user’s perspective, it doesn’t make make much sense why there would be a naked edge on this surface when all the cross-sections curves are closed and have similar control point layouts. It doesn’t matter where I put the surface seam while creating the sweep, the seam is always open.

This is a tough one to explain to students when they are fairly new to Sweeps. (It’s tough for some of us instructors too!)