Strange behavior when trying to split image surf in rhino 7

Hello. I notice a strange behavior when i try to split an image in rhino 7. The texture repeated in splitted parts.

Yep there are a few bugs in Picture in V7 - I don’t think they have been fixed yet.

I have visualarq installed in rhino 7. I installed it in rhino 6 to check if this cause the problem and now i have the same behavior in rhino 6

Hmm, that’s odd, I reported a different bug that was not related to VisualARQ…
@ar00302 Can you post a file with the image (before the split) to test?
@fsalla Do you know anything about this?

I experienced a similar problem in the past, where the problem only happened when the split was made from the Top viewport. But from the Perspective viewport it was working fine (or perhaps it was the other way around).
However, this seems to be fixed in Rhino 7 or in the recent updates of Rhino 6 because I can’t reproduce it anymore.
In any case, VisualARQ is not related to this issue.

The images are not present in the file. You will need to re-save it with save textures checked… then re-upload it. 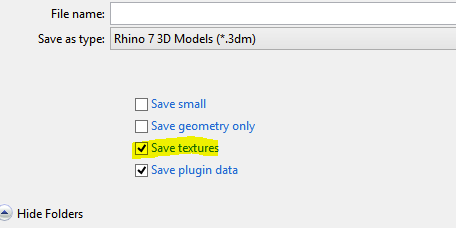