Rhino OSX in combination with Grasshopper

Hi, I would really like to start playing with Grasshopper, I know the plugins are not available on mac yet, but is there anyone already working on it, or should I still consider getting Rhino for Windows and then having to install Bootcamp on my macbook?

I am waiting for Rhino OSX to come out, because I am a mac guy and I don’t like too much stuff on my macbook. If I would buy Rhino for Windows, does this mean that I can later get the OSX version for free with the same serial key? Because I don’t want to end up buying Rhino twice for each platform in the end.

Right now I am learning to use Rhino for Mac (which is going astonishing well, thanks guys!) and am planning to buy Rhino when it comes out. I am still a student, so using the Beta for OSX is great for just learning and making small parts for my 3D-printer.

I hope the story is clear.

What's more annoying than someone asking if there is a Mac version of...

This, http://www.grasshopper3d.com/page/grasshopper-for-mac Seriously. Is it happening? Will it ever happen? The reason why we keep is asking is because *even…

To sum up it is not going to come anytime soon.

I’ll rain on the parade a little more…
It is not likely that Grasshopper will be possible in the initial release of Rhino for OSX.

Even though it’s sad news, I completely understand. It’s a lot of work because the new way how OSX is built is under a Cocoa framework. At least, from what I understood in the grasshopper forums.

This means that the whole tool has to be converted by professional coders.

From what has been said on the Grasshopper Forum and to save David repeating it here have a look at this
http://www.grasshopper3d.com/forum/topics/what-s-more-annoying-than-someone-asking-if-there-is-a-mac?commentId=2985220%3AComment%3A982375

To sum up it is not going to come anytime soon.

david rutten via that link:

I’m annoyed that someone decided to start a rumour that you have to email me personally to get access to the Mac beta.

ha. jeez… that would be annoying indeed.

dunno, i was hoping grasshopper would be here by now as it’s one of the things which brought me to rhino… i don’t think it’s necessary enough for my work to make me switch to windows though

it does look super sweet for exploring new shapes to build which is how i imagine myself using it… more of an inspiration/idea booster (which, to me, is generally the most valuable part of designing anyway… once you have a good idea, it’s smooth sailing from there)

MUCH rather see a commercial Mac version appear soon and without GH than having to wait around another couple of years to maybe have one with GH. And who knows, maybe sales of McRhino licenses might help pay for the development of McGrasshopper…

Does anybody know how many architects use Mac?
If it’s 50-50 then it makes a lot of sense to outsource that coding asap, as grasshopper is big among them. Keeping the mac guys waiting for too long will just make them jump ships. And that ship may not be Windows.

Does anybody know how many architects use Mac?
If it’s 50-50 then it makes a lot of sense to outsource that coding asap, as grasshopper is big among them. Keeping the mac guys waiting for too long will just make them jump ships. And that ship may not be Windows.

i don’t think it’s 5050… maybe in my neighborhood (williamsburg, bklyn) it is but i doubt it’s the same in the rest of the world…

the software is coming now though… autocad and now rhino amongst others… that combined with the new mac pro and i’d guess the amount of architects using mac is going to noticeably increase over the next couple of years.

MUCH rather see a commercial Mac version appear soon and without GH than having to wait around another couple of years to maybe have one with GH. And who knows, maybe sales of McRhino licenses might help pay for the development of McGrasshopper…

yeah, i agree with that as well…
a commercial version with no plugins at all will be sweet…

to be honest, the little i’ve read about rhino6 with some grasshopper integration would be a decent wishing point for grasshopper on OSX.

to an extent, it almost sounds more appealing to me… an integrated ‘grasshopper lite’ (if you will)…

or is the grasshopper integration in v6 supposed to be the full blown deal?

or is the grasshopper integration in v6 supposed to be the full blown deal?

Is there any other kind?

The Grasshopper integration into Rhino 6 will be the Grasshopper that we are using at the moment i.e GH v1.0. Once that is acheived then David can start on GH 2.0 which will be a plug-in you will be able to use both v1 and v2 in Rhino 6.

It has also been decided that Grasshopper will become part of the standard Rhino toolset, meaning that Grasshopper 1.0 will be available in Rhino 6.0
Once the Remote Control Panel is available again, development for GH1 will stop (apart from bug fixes) and I can start typing on GH2. I’m very much looking forward to this as there is some really exciting stuff that might not even take that long to code up. Running on Rhino6 means that I can switch to .NET 4.0 or even 4.5 and those have some really cool async and threading features. But most of all I want to be able to rewrite a lot of core classes because GH1 is a total mess under the hood.

All in all it’s pretty good news me thinks. I was a bit surprised that we ended up deciding to merge GH and Rhino and that I shall be developing GH2 beta as part of Rhino6/7 beta. It does mean I no longer have to worry about installers but it also means I’m tied to the Rhino release cycle. Luckily our new updating system means we actually tend to push out beta’s every week now so it will hopefully not be a big problem. 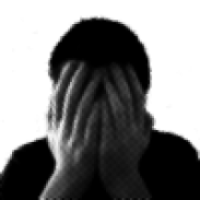 After a 4 week stint in Seattle at Robert McNeel & Associates headquarters I’m finally back home. A lot of things were decided regarding the future of Grasshopper 1.0 and 2.0, however sin…

Is there any other kind?

just trying to avoid falling into the “i don’t know diddly about how grasshopper is coded but give it to me on mac, now” line of thinking…

if i had to guess, david is a master coder except not at cross platform stuff… or- going back through everything he’s already done in order to get it working on mac is probably pretty boring and he’d rather keep improving what’s there as it’s more exciting…

i mean really, how much work is it to get grasshopper running properly on mac & windows? is it a take the whole team and start from scratch type of deal? or one guy working full time on keeping the mac version updated? etc.

i mean really, how much work is it to get grasshopper running properly on mac & windows? is it a take the whole team and start from scratch type of deal?

I think I can sum it up in 3 words… GUI, GUI, GUI… Completely different between the two systems and apparently nearly impossible to port from one to the other. So that means a complete re-write to create the interface. And as Grasshopper basically IS an interface, that’s a big project.

Also, GH now has more plug-ins than Rhino. They need to be accommodated… I don’t know how hard that is either.

I think I can sum it up in 3 words… GUI, GUI, GUI… Completely different between the two systems and apparently nearly impossible to port from one to the other.

yeah, i can see that the UI would have to be completely custom written on mac… aside from the sliders and input fields, there’s nothing in osx that looks very grasshopper_ish

Nothing in Windows looks very Grasshopperish either

Nothing in Windows looks very Grasshopperish either

yeah. i read this when searching around for something to read:

Grasshopper uses quite a lot of exotic GUI elements (though most of the interface is completely ownerdrawn and doesn’t rely on things like Buttons, Checkboxes or ListBoxes).

Hello all, I'm one of the big grasshopper fans dying to start using it on OS X with Rhino 5 also. We're perhaps few (or are we?), but very strong (yes we are :…

it does sound like a lot of work/backtracking… or that in order to get grasshopper on mac, some of the windows UI would have to get re-written as well?

adobe does it with photoshop but i imagine they started from or near the beginning with the idea of having the same custom UI elements on both systems.

Well, I mentioned cocoa as a reason. I guess everybody missed that remark? Because thats the main reason

The original Grasshopper is made in Carbon. It’s a B to convert it.

Um… not really. Grasshopper has never been written on top of the Carbon API (or the Cocoa API at that).

Grasshopper on OSX is a fairly big project and is an eventual goal, but not for the initial release of Mac Rhino. I have a decent understanding of what needs to be done and have had several discussions with David about how we would approach this. Unfortunately this is also not an easy to define project that we could “just outsource”.

So to summarise, how long does it take to use GH in Rhino Mac ? One year ? Nearly two years ? At least five years ? In rhinoceros 6 and when does it likely to be published ? Cause if the interval between rhinoceros 4-5 will be the same with 6-5 it means damn long time ?

There is no answer to your question. The only advice I have is “Don’t hold your breath”. You might risk turning a bit blue.