Check the attached video. The ellipse is 2000 mm wide, meaning the Gumball’s square handle for scaling is 1000 mm away from the center. When I manually scale the ellipse to 580 mm (indicated by the mouse tooltip at the 6th second of the video) and then confirm that distance with the same number written in the command line, the tooltip distance suddenly changes to 415 mm for an unknown reason. Once I hit Enter, the ellipse is getting scaled to 830 mm width, or 585 mm from the original point on the left side (as seen at the 17th second of the video). This happens on any type of geometry, no matter if it’s a curve or box or a complex polysurface. Every time Rhino scales the objects with a wrong number that does not correspond with the specified number written manually in the command line.
If I want to scale the ellipse to have 1160 mm width (or 580 mm from the center), I would expect that writing 580 in the command line would do exactly that. However, Rhino seems to do its math in its own logic that I can’t fully understand. 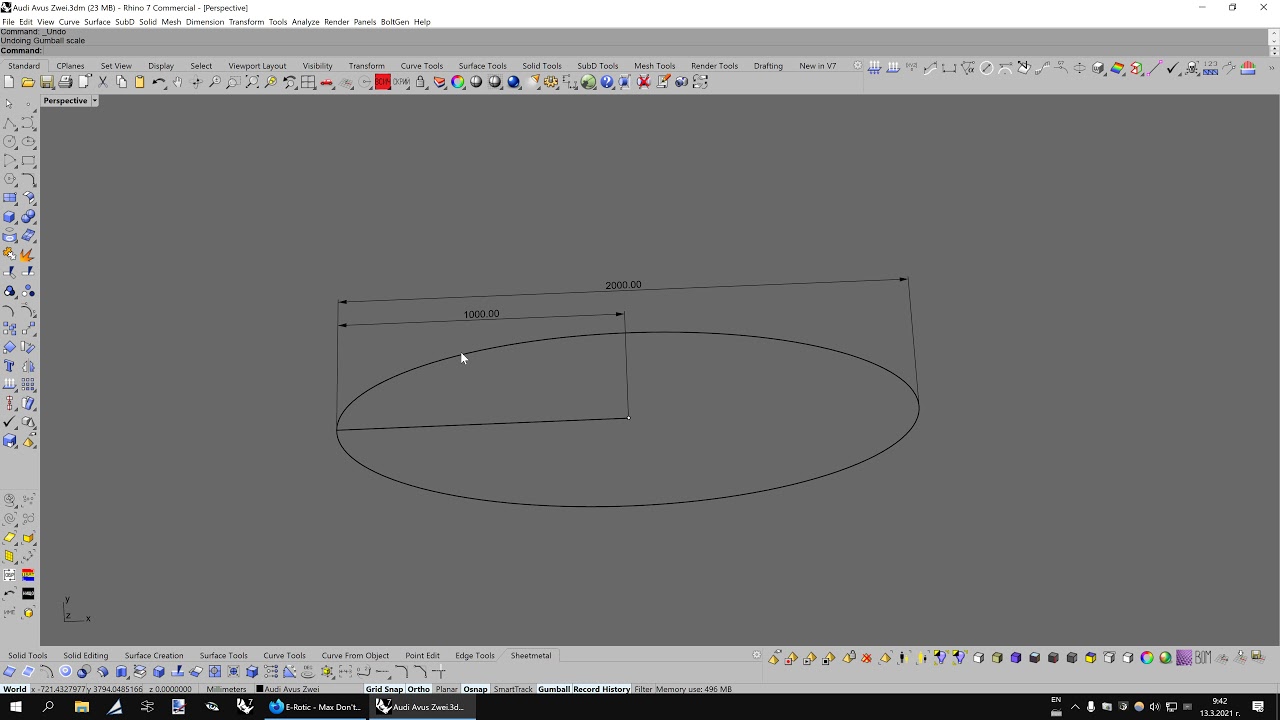 you need to press Enter

I press the Enter key in the video. This is an actual bug resulting into a wrong scale.

Is your curve aliged with world XY?

I’ve always expected Gumball to be meant not for very technical situations.

If you just created that ellipse, then we have a bug.
But if you are using a “late” curve (maybe extracted from an edge) and/or a not aligned plane… i would expect that.

What are the tolerances of that file?
Can you upload it?

As I mentioned, this happens on any type of geometry.

The ellipse in my video is totally flat along the XY plane. You can also try it on your Rhino by drawing any rectangular shape or a box (the simplest possible geometry). Then scale with Gumball and you will notice that the feedback by the tooltip is totally different than the input number used in the command line. Here is another example: 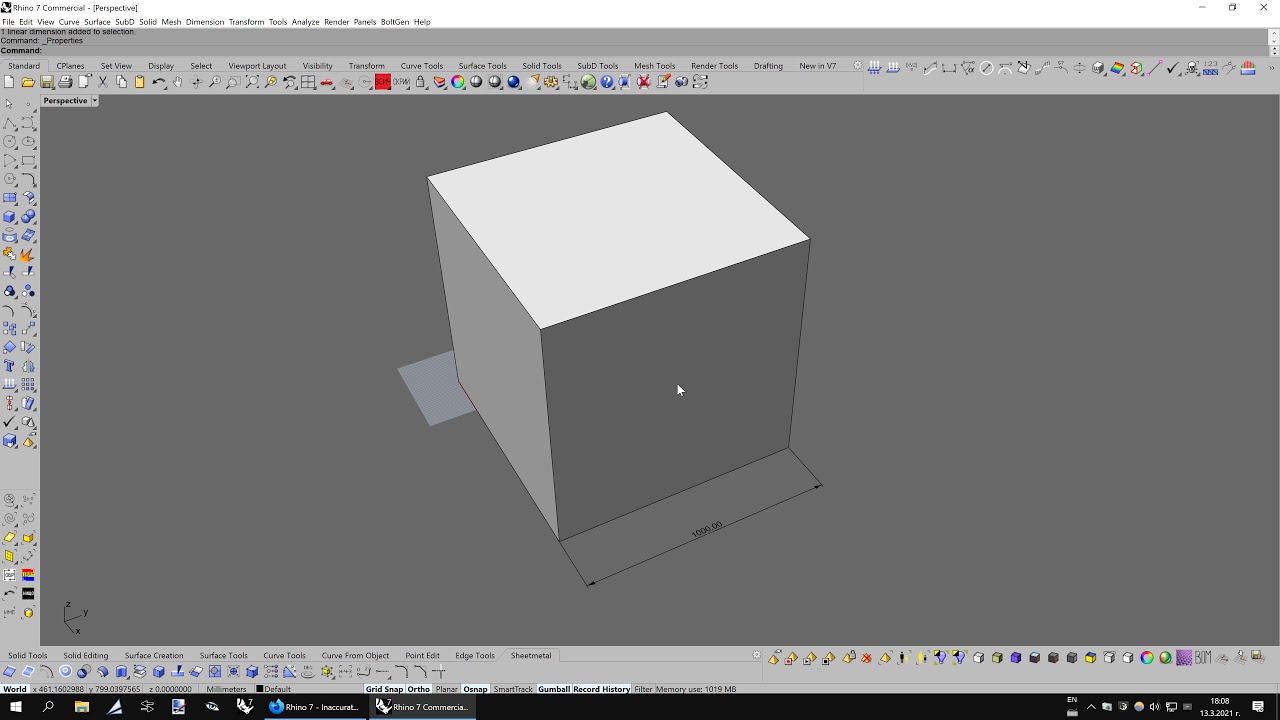 Oh, i see that now.
I were working with snap active on small geometries.
The first click on the handle, before the drag, picks a coordinate at the current cursor location (but is aligned to grid to integer if Snap is active), then your numerical input is added… that’s the problem.
Btw i never used gumball in such way, usually i use that handle to just input a numerical factor.

Definitively a bug … but probably this particular use of gumball was just overlooked.

If I remember correctly, that same bug also happened in Rhino 6 years ago. The main problem is that Rhino ignores the exact distance specified by the user in the command line, and scales the objects with some random distances instead. Hopefully that will be fixed soon, because the Gumball is otherwise very useful tool.