Anyone know of a good way to get image output with materials and lines like the enclosed (simplest, fastest, easiest way) that look like SketchUp? I would prefer this to be as simple as SketchUp with no time going into Vray. I also need lines AND materials AND shadows. I’d like to apply materials quickly (and use them as a display mode attribute rather than take everything into Vray). Thanks! 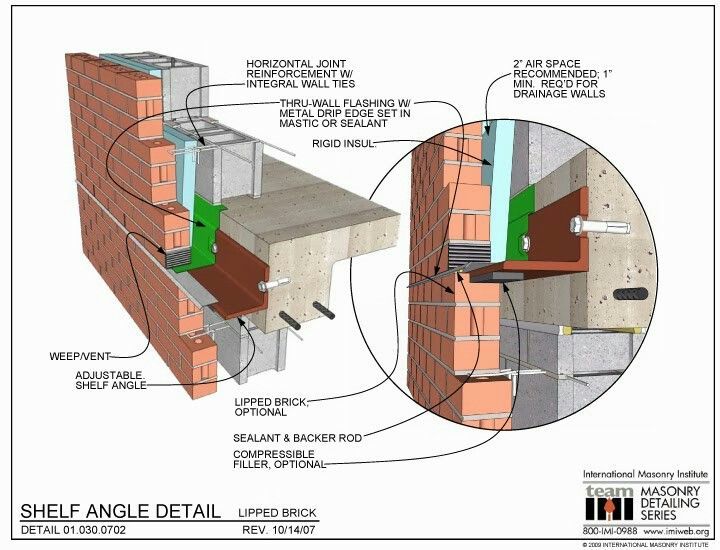 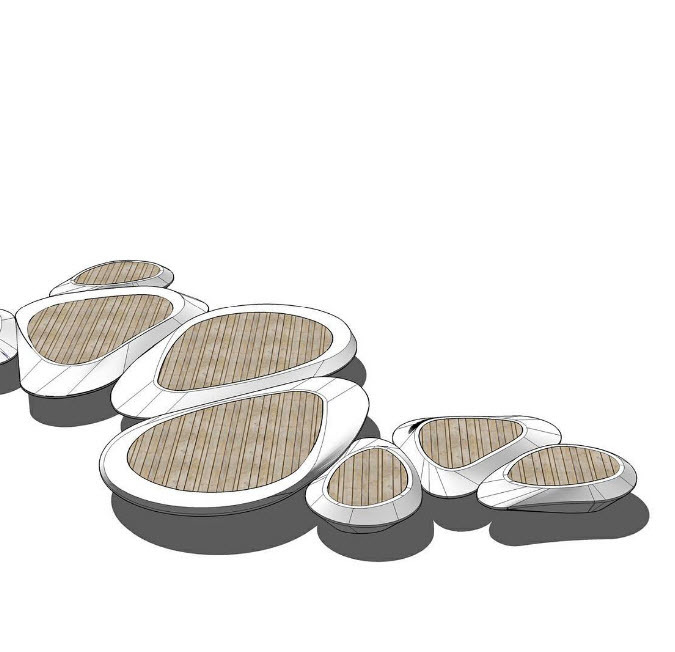 I’d suggest using the Rhino 6 WIP which has a pretty deep material library now, I think it’s something like 1400 mats. You’ll find a Rendering panel that you can reset to defaults for any imported model. Then use the Materials panel and it’s + symbol to load materials from the library. By default the texture mapping will use a world coordinate system so as long as the model is to scale, you should get a good result in the Rendered display mode. You can also use ClippingPlane to show section views complete with textures.

The Rendered mode like all display modes can be tweaked further if you for instance wanted surface edges to be visible. This is done in the Display panel.

This is a great idea. I can’t wait to see the results.

However, the clipping plane is still a plane, right? The example shows a lot of zigging and zagging…in the brick area.

The example shows a lot of zigging and zaggin

Yes, clipping planes are still limited to planes… but there’s a custom profile request on file that if enough users ask for it… it might get looked at… https://mcneel.myjetbrains.com/youtrack/issue/RH-28726

Thanks for this Brian. It works well.
What is the best way to get the dark shadows you see in the renders I had enclosed?
Is the intention on this to be able to apply the materials without putzing around with texture mapping (rather, just assigning the material into the layer/object)?
Is it best to turn on curves in the render display mode or in the universal render settings?
Thanks!
(are there concrete board form textures that you know of per chance?) 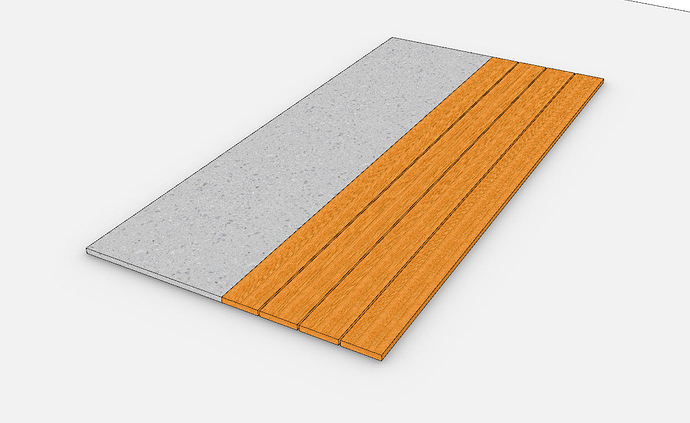 What is the best way to get the dark shadows you see in the renders I had enclosed?

Try turning on the Sun in the Rendering panel. You could also use a directional light from the Render Tools toolbar group.

Is the intention on this to be able to apply the materials without putzing around with texture mapping (rather, just assigning the material into the layer/object)?

Yes, the intent is to make it easier to use textured materials and set up an initial render in either the Rendered or Raytraced display modes.

Is it best to turn on curves in the render display mode or in the universal render settings?

That depends on the intended output for the image. If you will use ViewCaptureToFile to save the viewport in either Rendered or Raytraced modes then I’d say turn on curves in the Display panel for the active display mode. On the other hand, if you will run the Render command which uses Rhino Render, you’ll be able to add the curves as an overlay using the post effects in the render window. From what I’ve seen of your samples, I think you’ll be using Rendered and Raytraced display modes.

are there concrete board form textures that you know of per chance?

Check out Architectural>Wall>Concrete in the material library. I think “Conc Stripes” is what you’re after.

Hi Brian: this is a comment i added to a Pascal thread from a year ago that was related:
Hi Pascal
This is an old thread but I think it would be helpful to weigh in here. I just had a helpful thread with Brian on this same topic but want to just reiterate / continue on Lawrence’s point here. I think McNeel could please a lot of Rhino users by really getting to know the process by which Sketchup assigns materials. Sketchup makes it very easy to apply materials to surfaces by dragging/painting them. For Rhino, the issue is that often times just assigning materials to objects or layers doesn’t cut it: You need to fiddle with texture mapping etc to get the right scale of material. Then you have to use the render display mode and turn curves on, all the while making your processor/video card work hard to continually update these views as a display mode. It’s too complicated. Please take a look at how Sketchup allows material mapping in modeling viewports in an easuer way still than the Rhino WIP processed usage of the Render Display Mode with curves turned on. I know McNeel can improve on Sketchup materials while modeling.
Again, You guys are doing great. We’re just picky Rhino fans.

I’m still unclear as to if you intend this render display with material and curves on (let’s call it the Sketchup Display Mode from now on)…is supposed to apply materials just by adding the material to the layer/object OR you intend/need to actual fiddle with texture mapping everything. It shouldn’t devolve into spending so much time on texture mapping. I don’t think Sketchup makes it this hard. Also, it demands more of the video card to always have this render setting on (Sketchup display mode). I still think Rhino WIP Sketchup Display mode can be added/improved.

I don’t have experience with SU but I wonder if the fact you’re working with surfaces in Rhino versus meshes plays a part in the complexity of mapping the textures.

The material library in the v6 WIP uses WCS or world coordinate box mapping by default. If the scale of the model is not realistic this will negatively affect the result off the bat. If you make a new material and add a texture it will use channel 1 which is the surface UVs and some surfaces may need adjustment or custom mapping. Of course the need to adjust mapping will be a subjective thing based on the material, texture and geometry in any given model. If you have a sample file you’re struggling with, please post it in a new thread in the Serengeti category here. I may be able to help after I can see what you’re working with.

The material library in the v6 WIP uses WCS or world coordinate box mapping by default.

Is there any way (for the sake of my sanity - smiley face) that I can set v5 to do this by default? Kind of silly to always have to do this string of settings every time I want a 6" x 8’-0" wall to be brick and not stretched out and huge.

can set v5 to do this by default?

There aren’t a lot of materials in the v5 library so I think the easiest way to do this would be to load the ones that you use into the material editor and change the texture maps to WCS. Then Save As Template from the File menu and use that template for new models… or import models into it.

I will have a look at that, thanks so much.