I’m not sure I’m using the correct terminology here, but need some help with display speed. I’m working on a complex file that has a lot of polysurfaces. One of the steps involves a large boolean operation, which take as while (as expected). Once the boolean union is complete, it then it takes a very long time for the display to update (5-10 min) in any of the shaded views (wireframe displays immediately). Even small (and quick) changes to the polysurface then take a long time to update as well. Based on the command line output (snapshop below) I assume it is because rhino is taking a long time to create the mesh for display for the the new combined object? Is this expected behavior? Is there some way I can speed this up (my display setting are already on fast/jagged)? Could a create an even lower quality display setting? Where is this meshing operation conducted? In the GPU or CPU? (I’m running a Ryzen 9 3900X and a GTX 1660S, would improving either help?). 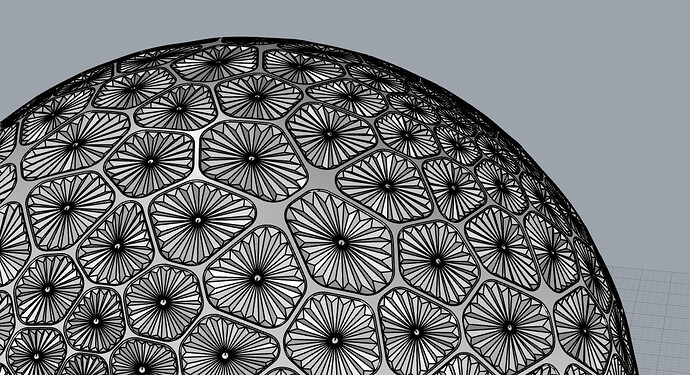 The final object needs to be remeshed after your even small changes. Since there is only one resulting object I don’t think that with current mesher there is much more speed to be had.

Thank you, that makes sense. I’ll try to minimize remeshing by keeping the boolean operation as late in the process as I can/using wireframe view as much as possible.

That said, do you know if the meshing is a GPU or CPU based process? Would improving one have more of an effect (more powerful graphics card, better single core performance)?

Also, are there plans to improve meshing in v8? That would be exciting.

The meshing is CPU based, there are regularly talks about improving it, but I am not aware of any roadmaps on it at the moment (I could be wrong of course).

Thanks for helping on this, insights helped me speed up the modelling process.