Quickest way to orient a curve perpendicular to another?

In Sketchup I have a “perpend” plugin that will build a surface perpendicular to a selected line in space. How would I do that in Rhino?

e.g. If I wanted to create a circle perpendicular at it’s center to a curve, and I wanted to do this in Perspective view, what would be the best approach? The circle in the image is not perpendicular. I tried setting the cplane to the curve but that did not work. 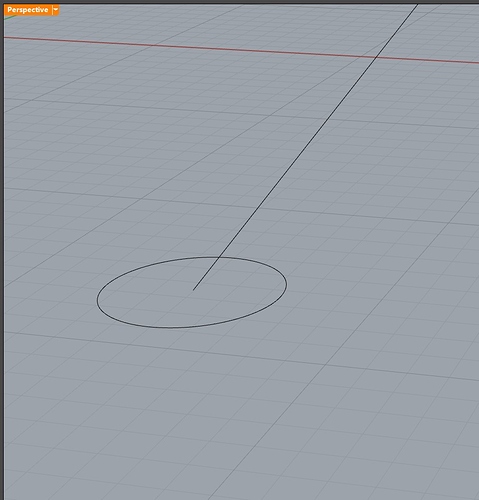 There is a built in mode for drawing a circle around a curve. If you are just trying to draw circles that are perpendicular to a curve, This would be the easiest method. Here are the steps

I tried setting the cplane to the curve but that did not work.

alternatively, after the fact, assuming you draw your curve that needs to be oriented with its origin at 0,0,0 (either top,front or other orthogonal view, but then pick the curve in that view):

as a macro / alias:
_OrientOnCrv _pause 0 _pause _Perpendicular --> and pick point on curve

All this time I did not see those commands.

My mistake was trying to set to object. D’oh!