There’s an open source 2-1/2D CNC toolpath generator called PyCAM which would be really neat if it were in Rhino3D.

I checked all the files; it’s all Python. I think it’s enough for many small-mill users–without there being so many features that the vendors would be without a market. I’ve used it some time ago, but not recently.

There’s a video here below. The person stated that he had issues importing an STL, but that might not apply. He also said that PyCAM was slow, but that deficit would still allow vendors to offer their attractive solutions. And this might be that issue: “multiprocessing on Windows: no server/client capabilities”

I am going to try to get a recent version going under Windows, which isn’t exactly supported. It seems to be written towards the GTK toolkit, somehow. 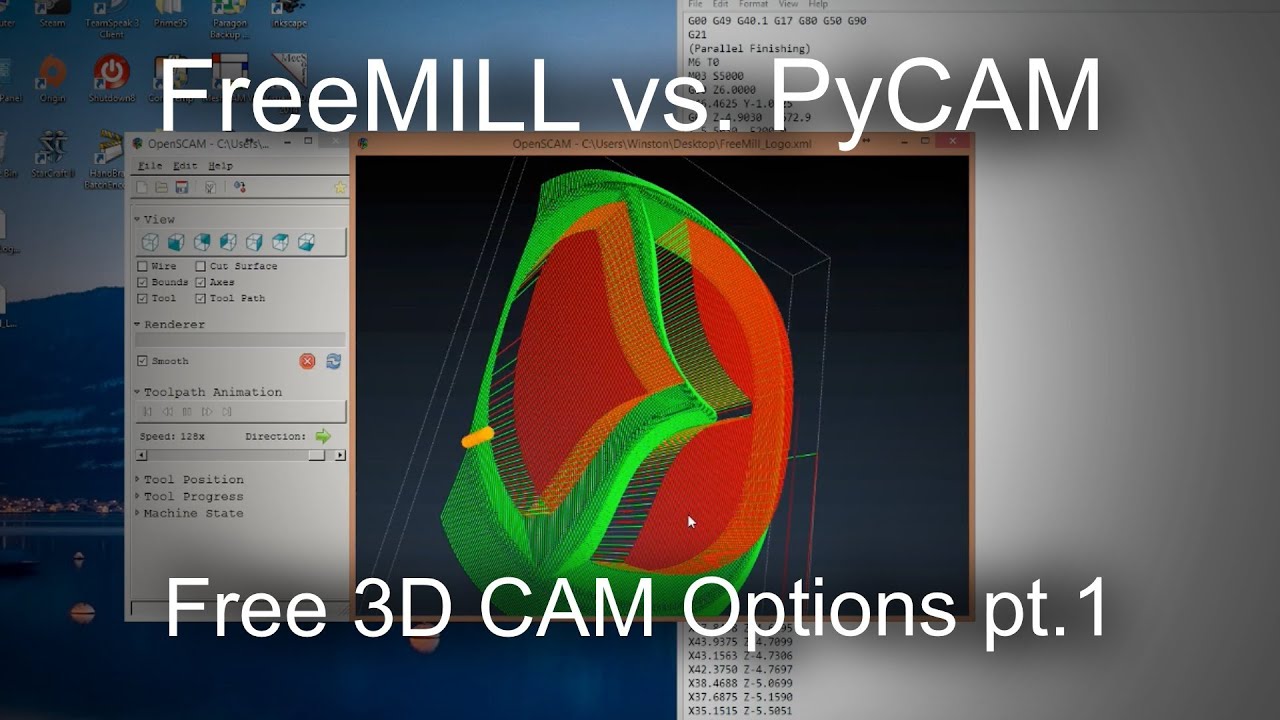