I’m decidedly a beginner with Rhino, and I’m learning from the “Getting Started with Modeling in Rhino” tutorial from Pluralsight. The teacher is using a layout that’s different from my default one, and I’m hoping to match it. In his version of Rhino underneath of the Perspective/Top/Front/Right tabs is a version of the Object Snap tool where he can check off tools. I tried editing the layout with Tools>Toolbar Layout>Object Snap, but that gave me a version that looks different from his and maybe it’s kind of silly but I’d like them to be as similar as possible. How can I do this? His screen is the picture on the top and mine is the one on the bottom. 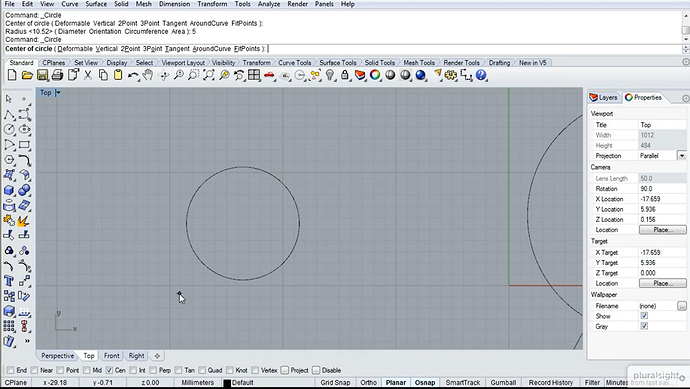 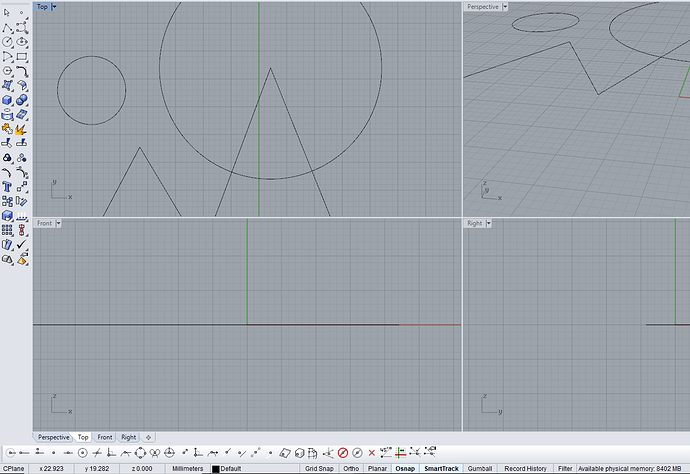 Hello - close that osnap toolbar … then look around for the checkbox toolbar for Osnaps - it looks like it is open someplace since the ‘Osnap’ in the status bar is bold. If you can see it, drag it over and dock it where you have the other one docked now. If in doubt, run testResetWindowPositions (type the whole thing, it will not autocomplete) and then restart Rhino.