I know we can publish some grasshopper button to the Remote Control Panel in Rhino.
Can we make them a button to Rhino toolbar too?

You should probably share more information about what it is, exactly, that you are trying to do, and why you want to do it a specific way.
-wim

I know we can add custom button to the Rhino toolbar, with custom functions, but i am not sure how and can we do that for the grasshopper

don’t think that’s possible, remote control panel is the only to control grasshopper data inside Rhino. Is there a reason you have to put it on your toolbar? I think toolbar are specifically built to run one command/alias/script, rather then be interactive like what you would need with a slider for example.

Come to think of it, it might be possible if you know how to code. There is way through scripting to convert the current scriptcontext from rhino to grasshopper, and if plugins like Metahopper can do operation on the canvas about components, you should be able to do it too through some extensive coding. I don’t personally know the full path of doing and that’s a lot of work for something that just does not sound very useful to be honest.

I think the space of remote control panel is limited so much, or can I create a button on the toolbar to run a python script?

Have a look here:

My workflow:
1)Make a command using python that opens and runs the GH script.
see here how to make a command with python: https://developer.rhino3d.com/guides/rhinopython/creating-rhino-commands-using-python/
2) Make a button/macro that calls the command that you just made

If you have access to Rhino 7 WIP, in that Grasshopper there are tools which let you make Grasshopper definitions into Rhino commands, probably then you can add that command to a button. 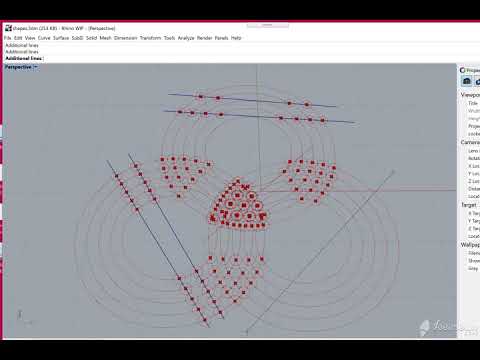 thanks. This is helpful

seems amazing. thank you so much