Hi there. I’m trying to nest a bunch of curved objects onto a sheet. I’ve discovered that using planar curves doesn’t work so I converted them into polylines. I also tried the method of using the control points and convex hull which was mentioned in other forum posts and the tutorial videos. I am trying to gather these shapes onto these 4 sheets. You can see the way I got some of it nested by hand. However, I thought this would do a more efficient job of it. In the last two images you can see I’m just trying to get six of the arcs on one sheet but it it just won’t have it, but its obviously possible. Sometimes it won’t even show all of my Geo parts but only some of them and other times it shows them overlapping each other, so clearly I am missing something here. Any help would be great! 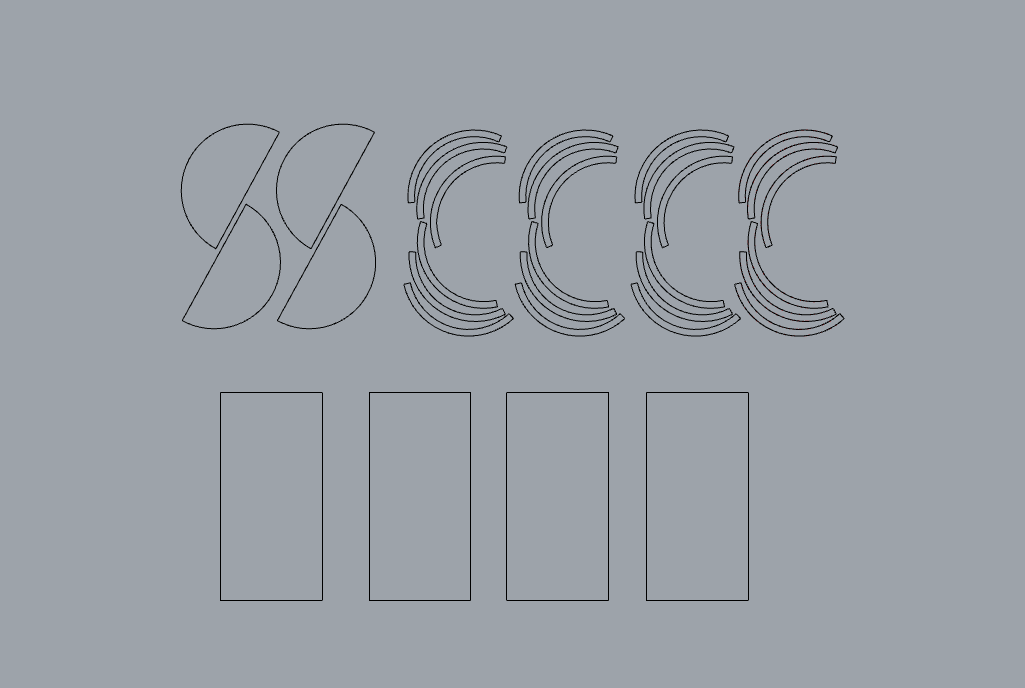 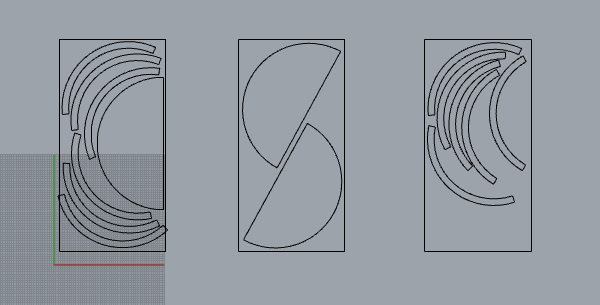 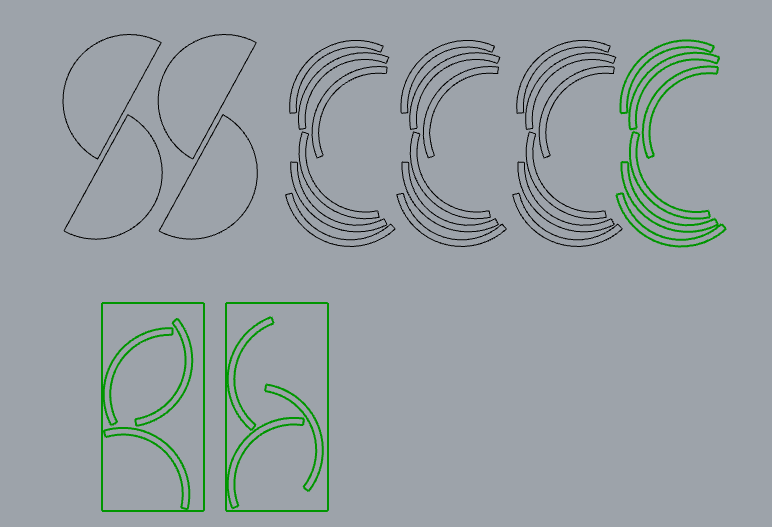 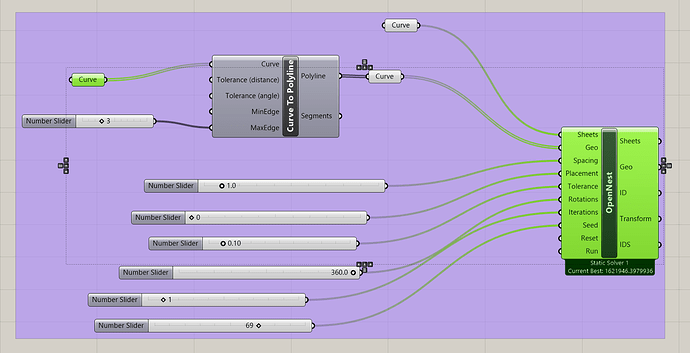 It’s been a long time since I used OpenNest but I don’t think that’s true. Converting to polygons may affect how they overlap but it works fine for me without doing that. Other settings like ‘Iterations’, ‘Rotations’ and ‘Seed’ seem to have more effect on the results, though they can increase run time.

Note that only one sheet is supplied, OpenNest makes as many copies (sheets) as necessary. Curves are internalized, no need for Rhino file.

Thanks for the response. I see, the iterations slider seems to effect it greatly, I managed to replicate what you showed in your image. I guess my real issue is I’m trying to get all of those parts on to 4 of those 4x8 sheets (this is for a CNC project) and I guess I’m confused as to why it isn’t condensing it down to as few sheets as possible.