Need help Identifying what is on my viewports

Hi, I am not sure what I did, but all of a sudden I have in each view port in the bottom right side two icons. One that resembles a Mic and the other a refresh button. Neither seem to do anything as I clicked them. I tried a toolbar reset (as that is the only thing I know of as for resetting) and they were still there.
Any advice on how to remove them would greatly be appreciative. 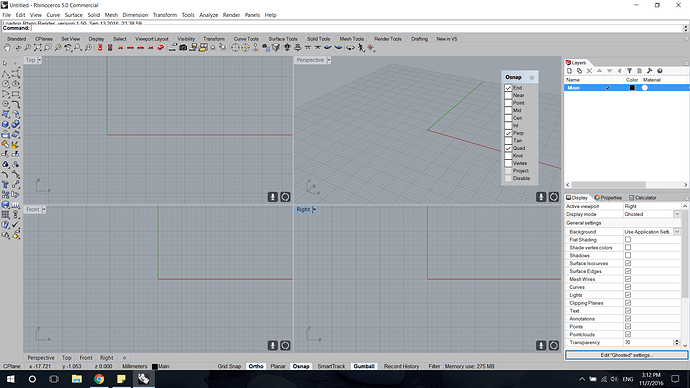 or maybe it just wants to talk

What is this icon on top of all my games?

I may be new to this forum, but I joined with the understanding of a helpful community. So far I seemed to be wrong. Joking around is all fun and all, but there is a limit. I’m a novice using rhino and as my question may come across to you as trivial, I asked for help. no more no less. Thank you.

Hi Ryan - I think Jarek’s response above is what you were looking for… no?

Hey Ryan, dont see that so negative, you got 50% of the job done now by Jarek, we kept the thread a bit alive till somebody posts, dont worry you mostly get good help here.

but having a microphone showing up is just way too funny not to make any humorous remarks hope you understand. i for my part have never seen that before, maybe its even useful

My best guess is the NVidia Shadowplay being enabled on your system. These icons are not Rhino-specific. See the link above. I had no idea what they were but was curious, so googled around. Does that help?

@pascal Hi I did not see any description as to what that link was, so I did not open it. But yes you are right @Jarek response was helpful, But did not click the link as I thought it was more joking, my apologies. I googled more into it and I had to go into Nvidia Geforce experience and turn off “share” which apparently is a feature to broadcast or stream.
@RichardZ My apologies I didn’t know what was going on in regards to the post, but I understand how it could have been humorous, regardless I apprentice the help.
@Jarek thank you again.

Hi @Ryen
It’s related to GeForce Experience. Press Alt+Z while Rhino is running and then turn “Instant Replay” and “Microphone” off.