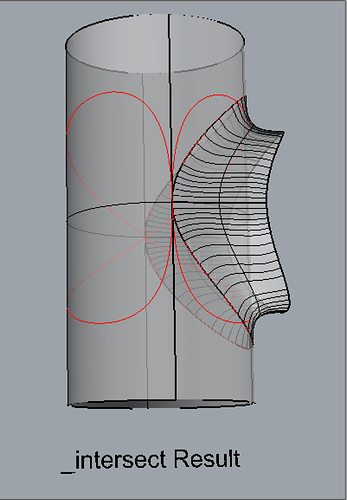 dear Mc Neel Team
I know it s a special case - a closed surface, a trim close to the edge, tangency, …
But it would be nice, if Rhino would find the expected Curve / Trimming.
thanks.

Hi Tom - looks wrong to me - thanks. Different in V6/WIP - more correct in that it seems only to want to return points and curve fragments- probably the correct intersection.
In any case, use the edge curve to trim - either use DupEdge or use the ‘crv’ filter when choosing the trimming objects to force selection of curves only (click on the edge)

I think the odd trim results from the green curve are due to the curve not being right on the surface and pulling it makes a bit of a mess.If you pull that curve to the surface and clean up to get that actual closed curve that you want, Trim gets it right in one click. Turning the cylinder so the seam away also helps of course,…

I’ll check V6/WIP & see if we can do anything to tune this up.

the steps before:
i 've build a crv in 2d (cyan) and then _applyCrv to half of the Cylinder.
Already after this step the applied-Curve (cyan) has Deviation of 0.0007 mm
to the pulled Curve (red)
0.0007 is already quite a lot as unit Tolerance is 0.001
if i project both curves to the Front c-plane
Deviation against the Edge is
0.0007 for the applied and projected crv
0.00029 for the pulled and projected crv

so maybe the problem is some mixture of several imprecisions
because if i change the Documents Absolute Tolerance to 0.0001 just for applying the crvs - and but it back to 0.001 after - then everything works like expected. 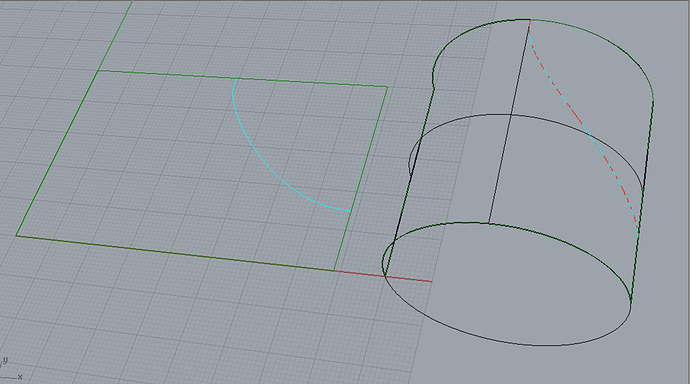