How to straighten control points row

How to straighten control points row without drawing a line and moving points to it: 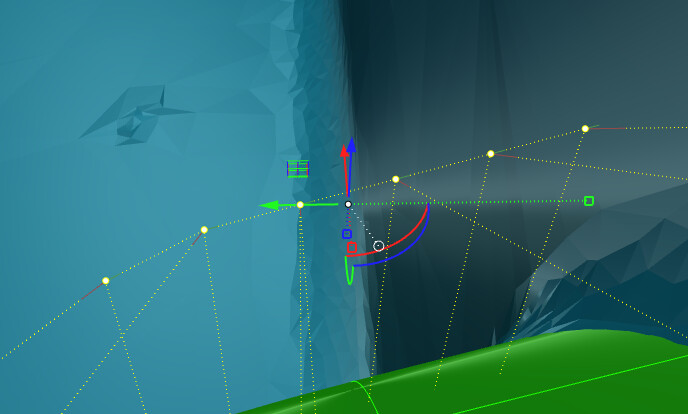 Hi @mdesign
Align has a ToLine option and it will accept clicks as input, so select the contrl points you want to align, run Align and then click ToLine and select the the start and end points of your (imaginary) straight line - can be any point(s) in space, eg. end snaps or - as I often use - the first and last point in the row of selected control points.
You can also use the gumball by moving it (ctrl+drag in windows) to the very first control point and rotating/re-orienting it (again using Ctrl+rotate handles) towards the very last control point - and then click the appropriate scale handle and type in 0. This will “squish” the control points one axis at a time, which can be handy somtimes. See video

What if I would like to have points in equal space in between? Is that possible?

use the command distribute with option direction

Distribute doesn’t work with control points. It doesn`t detect them as objects. Is there any other way to distribute control points equally (in surfaces and curves)?

Hi @mdesign
I very much agree that it’s a big oversigt, that distribute doesn’t work on control points - this was recently discussed here as well. @pascal, can this be made into a wish list item if not already there? Both for curve and subd control points - it would be a very nifty feature for sub-d, I think

can this be made into a wish list item if not already there?

I couldn’t find open items on the list, so I added RH-70352 Distribute: Allow control points / vertices as input
-wim

i am sorry i had not anticipated that, i had simply tried with a couple of points. good that @wim is very progressive and has tossed it on the list already.

Is there any other way to distribute control points equally (in surfaces and curves)?

i am afraid there is only one little hack i have for now which is move with the one shot osnaps between. set to a hotkey or alias which works in commands either it is pretty useful, in this specific instance you would have to align each CP individually. making a line using divide to create the amount of points then manually align might be just as fast idk.

Thanks to: @Normand , @wim and @encephalon .

I`ve asked about that because I use it all the time during subd modeling in Modo (but in Rhino I would like to use it with surface/curve control points and subd cage vertices):

This is a linear align tool with option uniform (on /off):

This allows doing linear alignment (uniform or not) but only in the screen axis direction (front view in this case). I use that option also a lot for straightening points only in one direction.

Pascal to the rescue, there’s a view option in one of this scripts (I also used this a lot coming from Alias):

Hello - this one does what you’re asking, I think - it just does it - should it be optional? Finds a best fit plane through the row points Finds an average location of all the points except the end ones Pulls that average point to the plane Makes a plane through the two ends and the point on the first plane. It’s kind of fudgey… does that make sense as a final plane? PlanarizeSurfacePoints.py (18.8 KB) To use the Python script use RunPythonScript, or a macro: _-RunPythonScript "Full path … 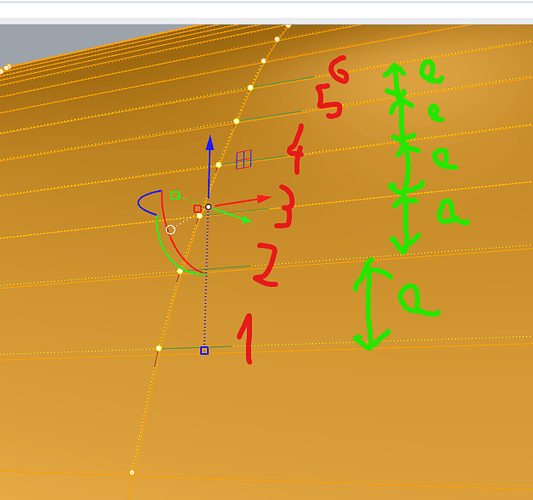 Is it possible with that script to pick up a few points from a many (from one row), straighten them up and relax them (equal space between them)?

This should be something similar to Align->ToLine and then deselect the first and last point and after that MoveUVN->Smooth:

I`ve found now that I can do with Align and Smooth (MoveUVN).