How to make a three-way grid along a hemisphere

How to make a three-way grid along a hemisphere.
I am looking for a way to construct a triangle with three directional grids intersecting, as shown in the figure.
If you look at the figure from above, you can see that one direction is placed horizontally, and the other two directions are slightly curved.
How can I make this in grasshopper or Rhino? This diagram was posted on the internet, and it didn’t say anything about how to make it. 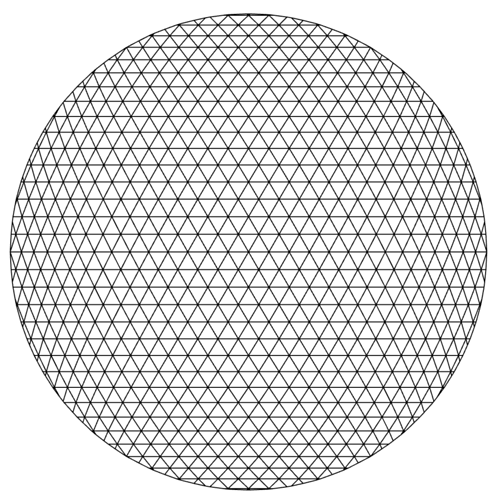 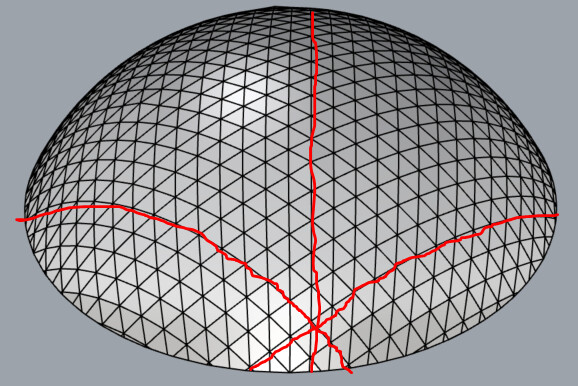 The image that you shown is NOT a good thing for real-life structures (for more than obvious reasons). That said I’m in the AEC market sector and thus - for me - everything is rated/evaluated accordingly

I would strongly advise to read a thing or two about Geodesic Structures/Domes. See this:

That said there’s tons of Dome related material in the Internet Search this and the good Old (dead) Forum as well.

What are the obvious reasons?

In the example above, the beams form three sets of nearly planar arcs.
The joints (not on the border) all have 6 beams connected so there’s a high degree of similarity.

By coincidence, I’ve been working for a company that builds such domes… 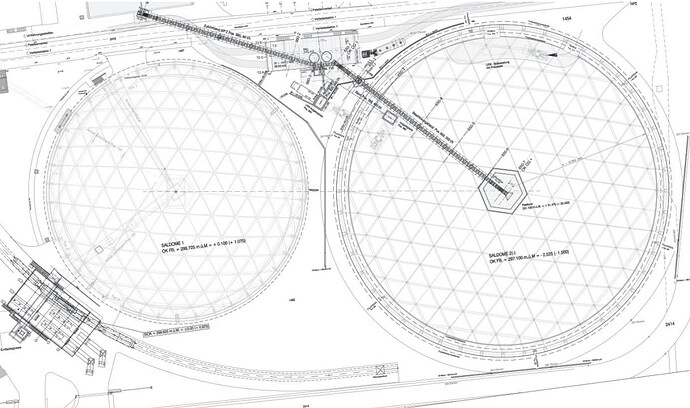 All cuts on beam ends are perpendicular. The only difference in the beams is the lenght.

The following article in german explains some of the thinking that went into the design and construction of the Saldome.

What are the obvious reasons?

By playing with the Dome main parameters (seed Polyhedron, Class, Frequency) you can achieve any “almost” rational Topology (and under certain conditions a more or less “flat” base).

BTW: Vertices/Edges/Faces connectivity is one of the reasons that we represent the thing as Mesh,

I see your point.

Lot’s of things to consider, as always…

Lot’s of things to consider, as always…

That said there’s a 4th way to vary Dome’s Topo (thus the base): Orienting the seed Polyhedron. See the yellow WireFrame:

That said … I would prefer the form follows function way PLUS a “dynamic” not flat base (transfering the problem to some “interesting” concrete - or other - base [rather very easy to do in real-life]) than a pathetic thingy that sits like a Columbus egg (but I don’t like Domes at all - they are pathetic the one or the other way).

That said this USA well known thingy is not that bad (but here the Dome is used solely as an abstract umbrella [a tensile membrane could be 1000 times better and 3 times cheaper]… thus the freedom at the base). 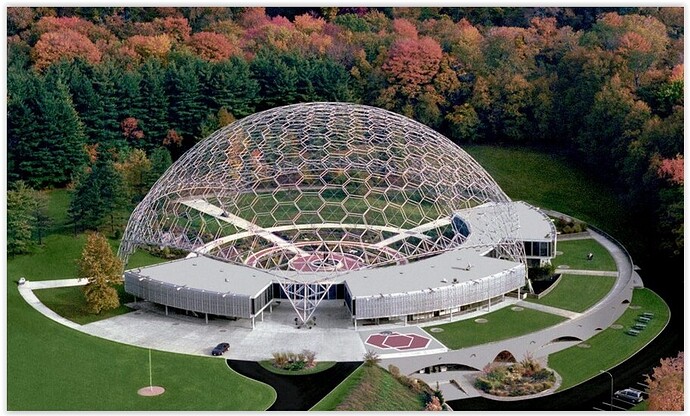 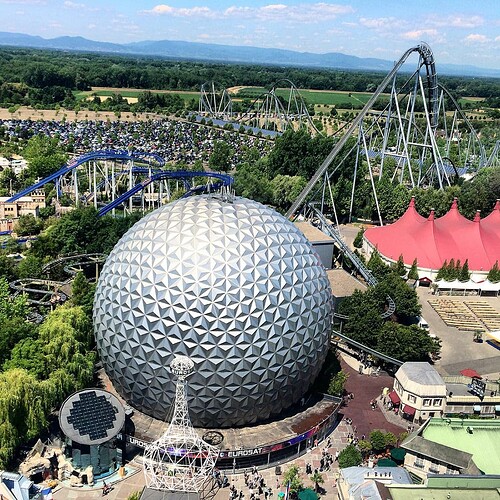 I really like the way they combined classic icosahedron (i believe) topology with conic discretization on the bottom of the sphere (rings divided in equal number of segments), in my opinion makes for a really homogeneous grid, and a very clean base.