How to create commands after plugin load?

The PlugIn class has a virtual CreateCommands function that you can override. Inside of that function you can call the protected RegisterCommand function for each of your command instances.

This is a preview. I ll put it on GitHub when it’s reasonably stable/ useful:

That looks cool. A typo in spheere spotted on line 48, though

Are you testing this also on Rhino WIP?

When I tried in RH 6 I got this error: 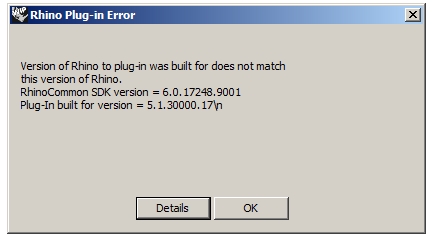 I did not try to solve this yet. Probably I just need to reference the new Rhinocommon dll.

I think the idea is that RhinoCommon plug-ins should still run without recompiling. @will or @stevebaer can probably tell more about that.