How to build GH programs/definitions from code

I am interested in playing with program induction in Grasshopper.

If you want you can get visual studio, and then you can code in vb / c# / python and compile and test your components in VS + rhino and or grasshopper. If you are a student you may be able to get it for free.

Hi Arkadius, my goal is not to create components, but to create custom definitions - i.e. the graph with existing components connected. Thanks for your reply.

@johnharding’s Embryo project generates/evolves Grasshopper definitions. I bet you can dig up a lot of relevant nuggets on its github.

Thanks @AndersDeleuran for the ‘shout out’ (or whatever you call it these days).
There’s a special component in Embryo called TypeRevealer that I used to get the component names (I think… it was a while ago now). Just install the Embryo library and it’s in there. 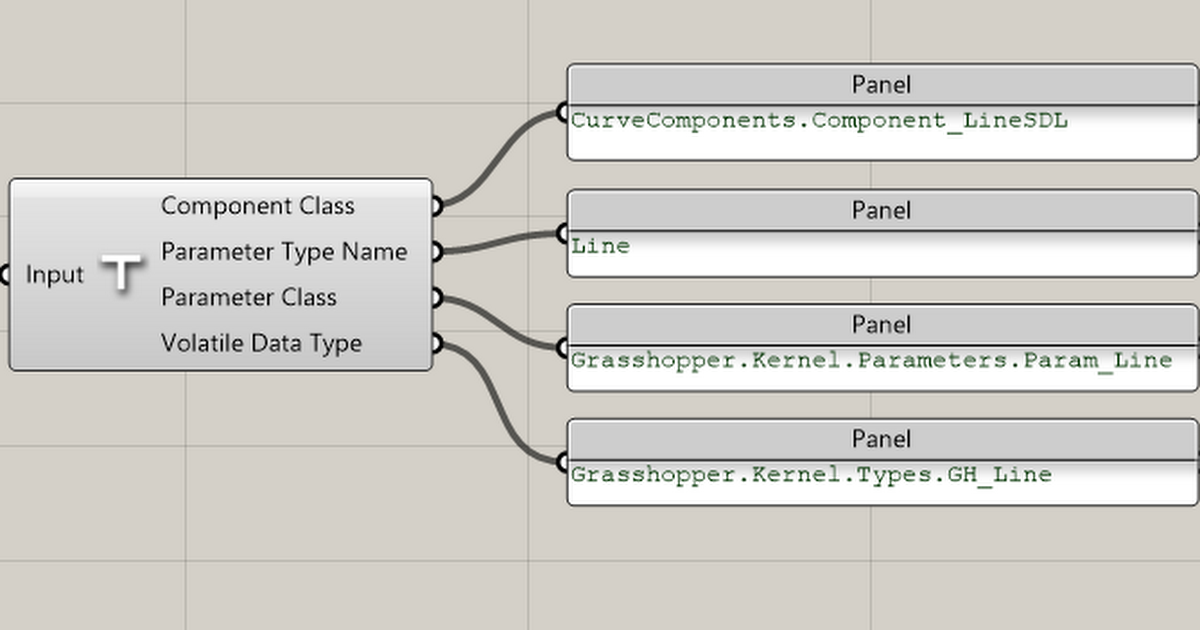 That is exactly what I need. I am only having one problem. Any idea on how to access (via scripting) these modules where the components are located (in your example, the “CurveComponents”)? They are not available with import.

By the way, thanks for your reply, @ AndersDeleuran and @ johnharding. Koza’s text and John’s eCAADe paper that inspired me to develop an exercise with GP for our class.

So you can use metahopper and save the snippet?

or am i not understanding you?

I am trying to generate grasshopper graphs using python scripting.

The challenge is to locate the component classes in the gh module. For example, the component class for the slider is “Grasshopper.Kernel.Special.GH_NumberSlider()”, which is accessible by scripting. However, the other classes are not in the same space, so it is tricky even to find something simple such as construct point.

Embryo project has a GH component called TypeRevealer that finds these classes, but it indicates spaces that might not be accessible via scripting without copying dll files to my folder. For example, in the image sent by @johnharding, the class for the component line is located at CurveComponents.Component_LineSDL.

Again, notice that I am not trying to execute the component LineSDL (which I can do with ghpythonlib.components or do something similar with Rhino.Python). My goal is to add the component to the canvas, as in the example of the link I posted in the beginning.

Thanks, @ andheum. This solves my problem.

For reference (rimshot): Here’s how I’ve been referencing e.g. the KangooSolver.dll (which lives in the same folder) since moving to Rhino 6:

You could also use gh.Folders.AssemblyFolders[0] to get to the Components folder directly. But that’s a bit less readable IMO, and you’ll have to cast it to a string.