Hey it’s me again. Yesterday, i asked a few questions on attempting to model my physical model on rhino and from the answers i managed to achieve everything i need except for the circular ramp that wraps around the secondary curve. From the picture of the model below, i need the ramp to wrap around the curve starting at the base of the curve and finishing around 2 thirds from the highest point of the curve.

I’d use Divide to divide the wall edge into three marked segments. Then use InterpCrvOnSrf and draw from an End Osnap to a Point Osnap 2/3 up the divided edge. Lastly, use Fin to make a surface from the resulting curve normal to the wall. 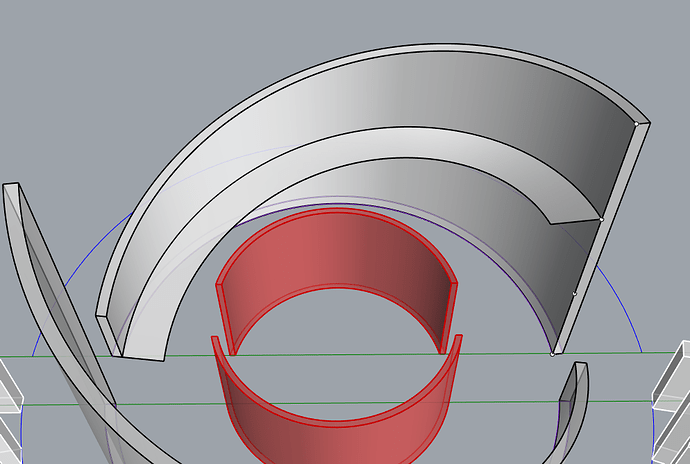