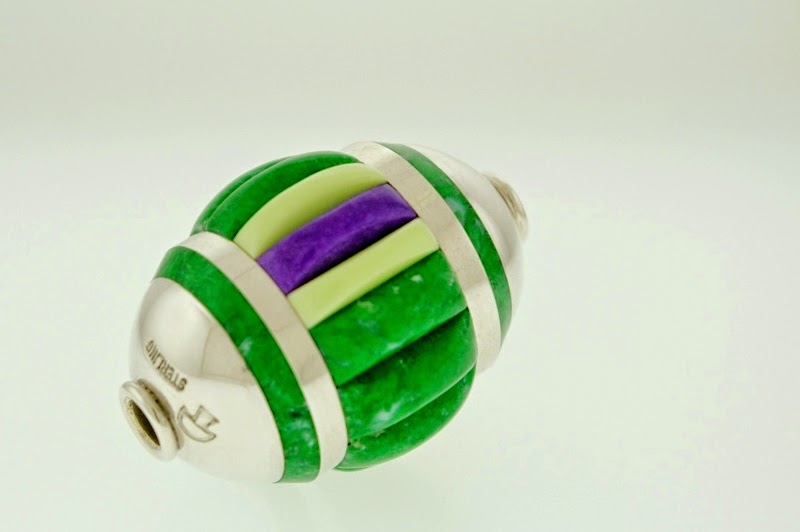 We were checking on our Rhino users and received a detailed and grateful response from one of our jewelers, Daniel Lopacki, a lapidary artist and jeweler in New Mexico. Daniel also now sells lapidary tools. Below he details his discovery of Rhino:

As a user of 3D software since the mid 90s nearly everything I designed was first done on my computer. When I was about 62 I designed my dream studio. When my studio was nearing completion I started shopping jewelry design software. I must be honest – they all left much to be desired for a ‘one- of-a-kind jeweler’. So I just started looking at 3D software in general and this is when I found Rhino. At the time I could download Version 4 with 25 saves. I fired up Rhino and started a design for a gold box that I had in my mind for years. With about half the saves I got far enough on this box to know that without a doubt Rhino was exactly what I was after. I could not only design my jewelry but if I could design anything I could come up with in my head.

I used Rhino 4 on and off, but the business kept me away from doing much with it other than designing wood working projects. Also, my old Windows XP graphics machine was a bit too slow in Brazil. I just recently purchased a new super hot rod graphics machine that is 64-bit. Needless to say, it was necessary to upgrade Rhino to Version 5.

My first main project was a ring for my daughter for a ruby we gave her for Christmas over three years ago. I am doing five ring designs and she gets her pick.

Personally, I think Rhino is without a doubt the top in its price range and most likely would top many of the other higher priced 3D design software.

I also want to let you know what an asset your forms and videos are for both novice and somewhat experienced users. I have had a few questions regarding both Rhino and Brazil. I always get answers back quickly and so far someone has always put me in the right direction.

See more details on the Rae bead and gold box . . .