Is there a script or such to one-click extend all selected curves by one selected distance. Thank you! Hannes You can try this quickie script on for size…

Thank you Mitch!!! This thingy made my day.
@Helvetosaur

@Helvetosaur Mitch this thingy doesn’t work on my side (Rhino 6) is there something to keep in mind? Thank you

So it works in V5 and not in V6? Do you get any error messages?

So it grabs the scripts from script folder of v5 but all other scripts work that way. Is this a bug? Or do I have to transfer this to v6 script folder? Thank you

For Python scripts, it doesn’t matter where you put the script, as long as Rhino knows the path to the folder where it’s stored. If you want to use the same scripts in V5 and V6, you can keep them in a common place, you just need to point both V5 and V6 to the same folder. Otherwise, you will need to have two copies.

To point V5 or V6 to a folder where scripts are stored, you need to first open the Python script editor (EditPythonScript), then in Tools>Options, in the files tab, add the full path to the folder and OK. You can add multiple folders if you need, Rhino will check them in order when looking for a script and stop at the first one it finds with the correct filename.

Once the path has been added, you can then run aliases simply like this:

Otherwise, if you odn’t set up one or more default folder paths as above, you can always run scripts by using the full path: 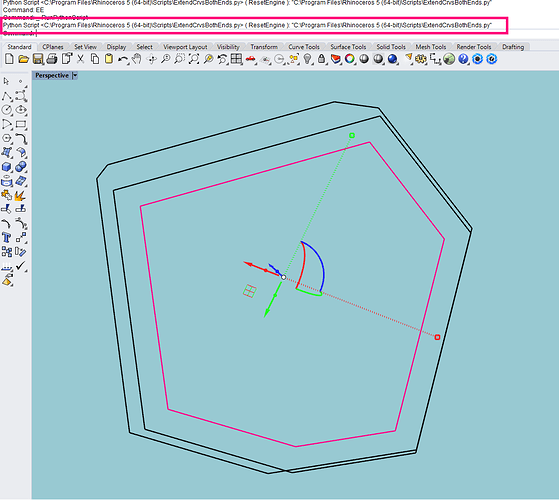 I don’t see a file, but is that one closed curve? I assume it is not… But you don’t describe the problem otherwise…

Hey Mitch it is not, six open curves. So your script would unfotunately run but nothing will happen. (R3D v6).
Thanks a lot for your immediate help! Hannes

Can you post the file with just the 6 curves in question? 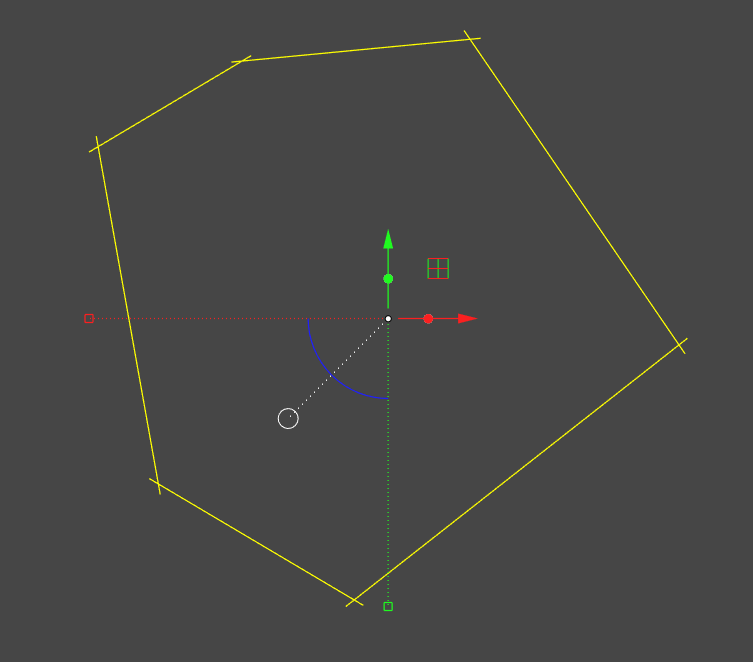 very strange. Does it work when resetting everything / purging settings?

Does it work when resetting everything / purging settings?

I’m afraid I don’t quite understand what that means - the script starts out with a default value of 1 for extension length, and stores/proposes the last used value you used in the same session. Those are the only settings…

ite understand what that means

As I’ve told you doesn’t work on my device (Win 10, v6) the script won’t do anything. Thank you @Helvetosaur

It should throw up a message box on your screen. If it doesn’t, then something is pretty wrong…

@hannesgrebin were you able to try this?

Is there a way to automatically extend curves to intersections with other curves. I have a lot of curves whose end is very close to the other curve that I can’t see without zooming in. Thank you in advance 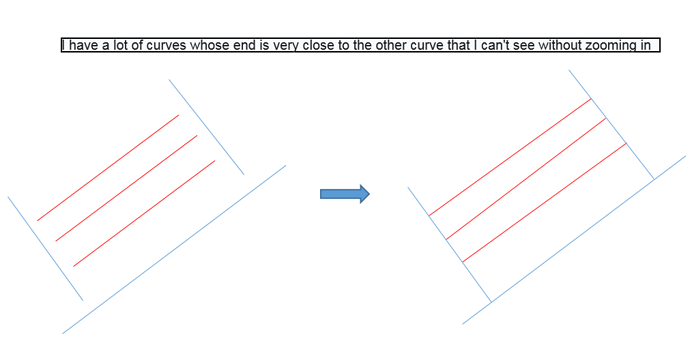