Elefront component run in Rhino not in RIR

How can I fix it?
Did it happened to someone else? 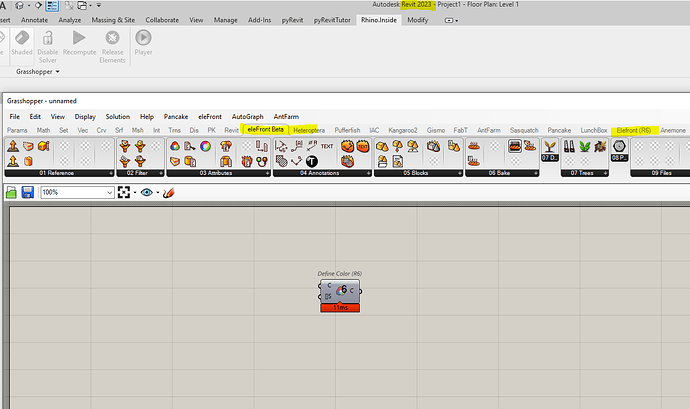 The Rhino.Inside.Revit is running the same Rhino that runs standalone.

When you say the “component folder not appear and it’s seems that grasshopper don’t charge it”, the special components folder isn’t there?

Which version of Elefront are you installing? Beta? Both are working but it could be a clue.

When I run Rhino standalone I see in grasshopper this: 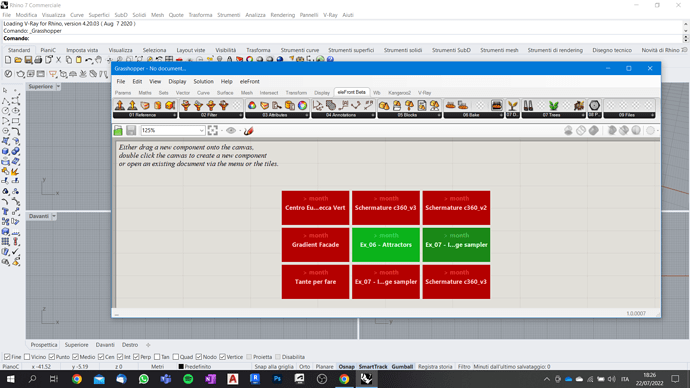 When I run Grasshopper in RIR Elefront doesn’t appear: 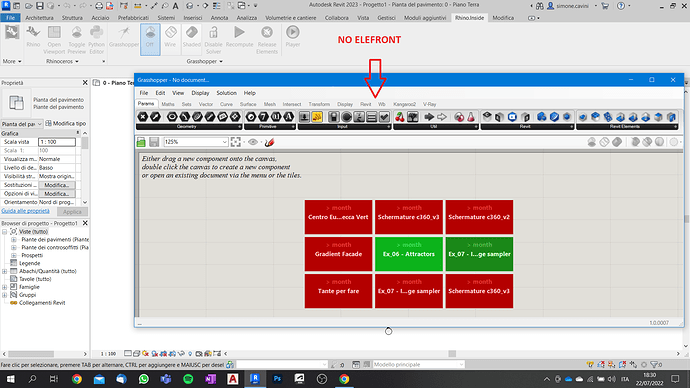 I really don’t know where the clue could be…

Can you try the stable version of elefront? 430 release

Thanks!
The older version run correctly.

Great to hear. I would also be interested to know if it works when you install version 5 through the Package Manager instead. It installs plugins to a different location (C:\Users\ your username \AppData\Roaming\McNeel\Rhinoceros\packages\7.0\EleFront), and perhaps RIR is looking there, rather than the usual Components folder.