Hello. I am having issues with rhino 7 while using eddy and my company have upgraded to Rhino 7 (Rhino 6 not available). Is it possible to know when can we have a updated version with rhino 7 support or do we have any walkaround for this?
Regards.

Eddy for Rhino 7 is still WIP, hopefully there will be something released for you this summer. Some things in Eddy will work natively in R7 for now, but we suggest using R6 until we have a version publicly released.

Is Eddy working with Rhino7 now? The latest post says hopefully will be released this summer. Did that happen?

Hi Matthew, we have an installer and are testing it, otherwise it is ready for release…so it is coming soon!

What exactly are the problems / bugs to be watching for with Eddy in R7?

Remy, any update on an official eddy3d install that works with R7?

Eddy should work with R7 fine for now. If you have a specific issue please let me know. The team has been working on pretty significant new features for Eddy this summer and we hope to have an official R7 release asap.

Hello, (I’ll post here for Rhino 7 since that is what I have). I’ve been trying to run the simple wind analysis, and I’ve run into some issues. When I run the mesh and simulation, it does output a result “EddyLib.OFResult” and there does appear to be some files created. However nothing happens when I try to click on the button for the Residuals, and the VisProbes component is yellow and gives me the error “The mesh folder does not exist. Please create a mesh first.” even though there is something in the mesh folder. 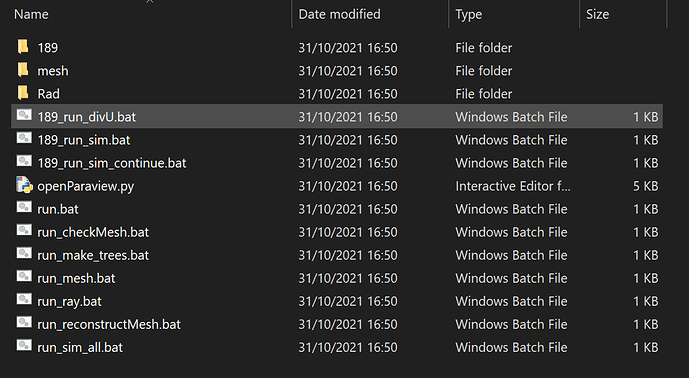 I have checked my installation, and I do have blueCFD installed at C:\Program Files\blueCFD-Core-2017. I don’t know why it’s not working. Any suggestions?

I’m also having this issue.

Do you have your files saved locally? Or are they on gdrive/dropbox/nas, something that has to sync?

So sorry for the late response! Ill check the file.

hi @rsm278 ,
Is the eddy3d website down? Do we have any update on new version?

Hi @asisintel thanks for letting me know about the website, I sent a message to the team and will have an answer for ya.

The new update should, should be finalized this coming week. I apologize for the long delays…the team has been working on it simultaneously as almost all members work on thesis, and the brainchild of the whole thing is working on his pHd thesis, so, very busy.

Thank you for the update @rsm278

hi @rsm278 . Any update on the new installer for newer version eddy?

Yes we just released the Eddy latest version which you can find @ our website www.eddy3d.com . Major improvements include the latest openfoam (will need to install openfoam 8), indoor simulation modules, and better MRT calculations.

@rsm278 Its a great news. Thaank you and team. will test it out immediately

hi @rsm278 . I am having an error with indoor sample file. Can you pls check it once. Its not able find the mesh. Other simulations are working seamless in new plugin.

I forwarded the link to my colleague, Zoe, who is the expert on the indoor modules. She will respond to help with this.

It would be great if we could get more indoor examples as it is newly adedd to the eddy. Thanks again.