We work with Dots a lot and obviously been following the changes made in V6 WIP to speed up their display. Here is some feedback on V6 vs V6.

And further improvements suggestions:
5) I think its on the pile already, but depth-sorting for dots would be great
6) additional properties of dot text color and dot border color would be nice. 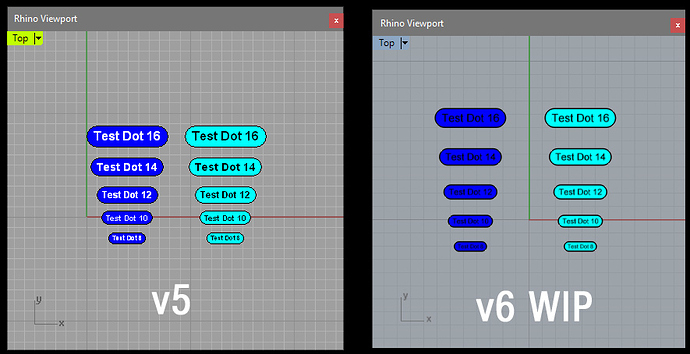 I have noticed some work has been done on TextDots in recent WIP - the texts looks nicer and crisper - good!
there are still some weird things going on though: http://screencast.com/t/cu74Mg0ZYWh

I’ve seen the ‘fish tail’ look too. This is probably pretty easy to fix once I get some time to actually fix it.

It was 9/20 WIP. Just installed today’s WIP: there is no dots, just text

It’s actually pretty cool, can we have this as an option

I tried different display modes and fonts/sizes. No outlines at all.

The issue has been fixed. Thanks for reporting!

Could you add special characters to the “Dot” command?

What special characters do you need? 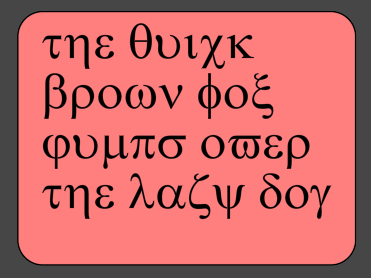 Even these, not only these…

Well, I still don’t know what you want, you can use any of the built-in fonts including Symbol in a dot, plus all of the ASCII key combos, like Alt+0216 for Ø or alt+0176 for °. True a lot of the Wingdings don’t work though.

To understand, i would like this to be implemented:
Comfortable, no?