to analyse a curve there are 3 analysis: derivative flow, curvature (inverseRadii) and torsional. the most common is inverse radial where rhino approximates a curve with a number of osulating circular arcs (defined by tolerance) and calculates its radius and takes the inverse and displays a perp. line or quill to that curve with the corresponding value. the disadvantage is that this analysis is not a perfect measure even with rational curves.

what does the density say however? there are some non-rational curves (red) projected to a surface that have this density difference along the curve… and the envelop or outline is horrible when scale is too big… should i be concerned? because when i do a class A intersection in CATIA, or i manually approximate the projected curve with a rational (clean) crv, the envelop is completely different, it looks almost like a crv offset or parallel curve.

everything looks nice and ready but when exagerating the scale, the envelop looks wierd in a sense of not describing the curve accurately. what should i follow? the density or envelop? both? (very difficult) in fact ive tried so hard to make the envelop look nicer but it seems impossible, does not matter where i place CV’s, at some point it will display odd results. from my perspective the curve density seems more useful, what do you think? curves that are smooth show constant density.

this model was design with tolerance of 0.000001 mm for projected diagonals. maybe this is what produces the envelop to twist when scale is too big, too much complexity and error. these diagonals show desired results for around 70% of hull surface.

Hello - I am not sure I follow the question 100% - by ‘envelop’ do you mean the graph itself? Density at 0 shows a hair at every knot. (plus mid span if the curve is very simple) 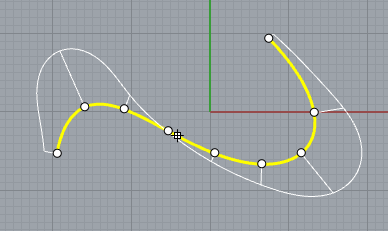 At 1, every span is split again: 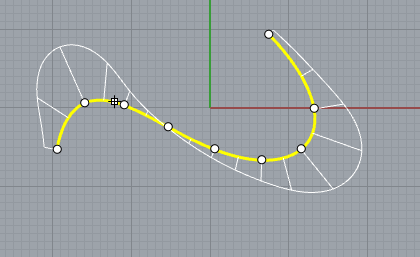 At 2 every span is split at two locations. 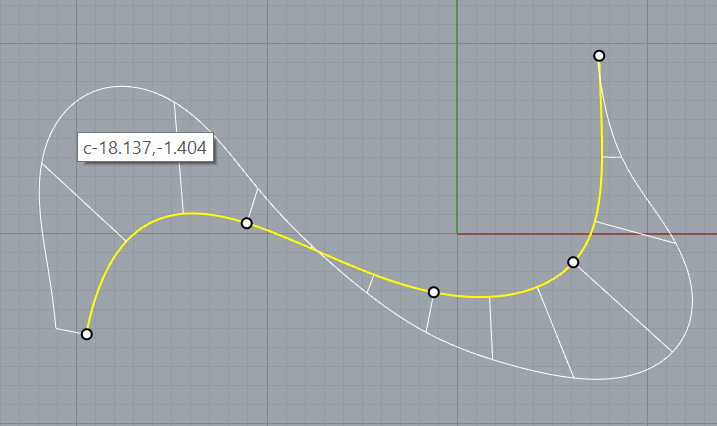 And so on. The shape of the graph should not be affected by density. Changes in density along a curve would indicate changes in the complexity of the curve.