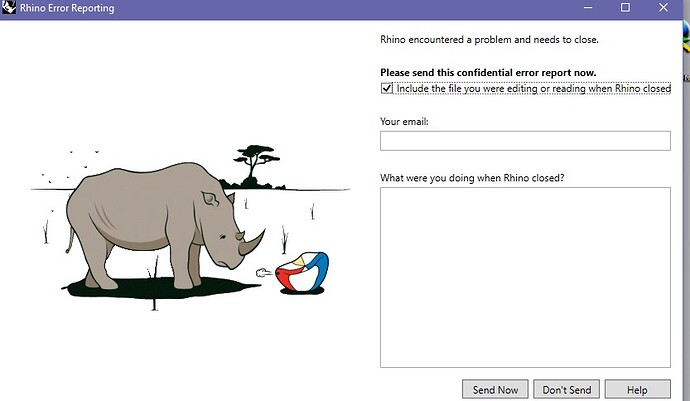 Thanks for reporting. This will be fixed in next week’s SR14 release candidate.

Hi, is there a chance this fix might have broken the CreateFromSweep() function when activated in Grasshopper through Rhino.Inside?

In particular, I have the Sweep2 component (and nothing else) inserted in a GH definition with some simple internalized lines as input: 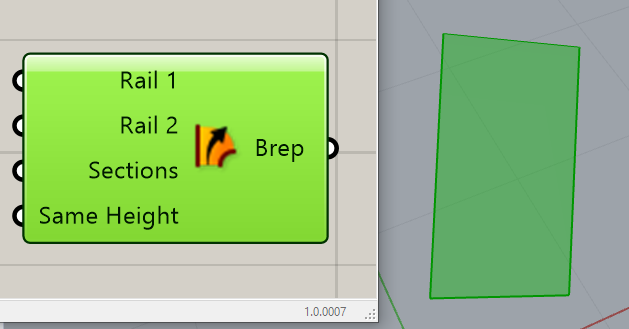 When this component is asked to compute itself from Rhino.Inside using this syntax

I get this System.AccessViolationException when getting to the comp.ComputeData() line for this component: 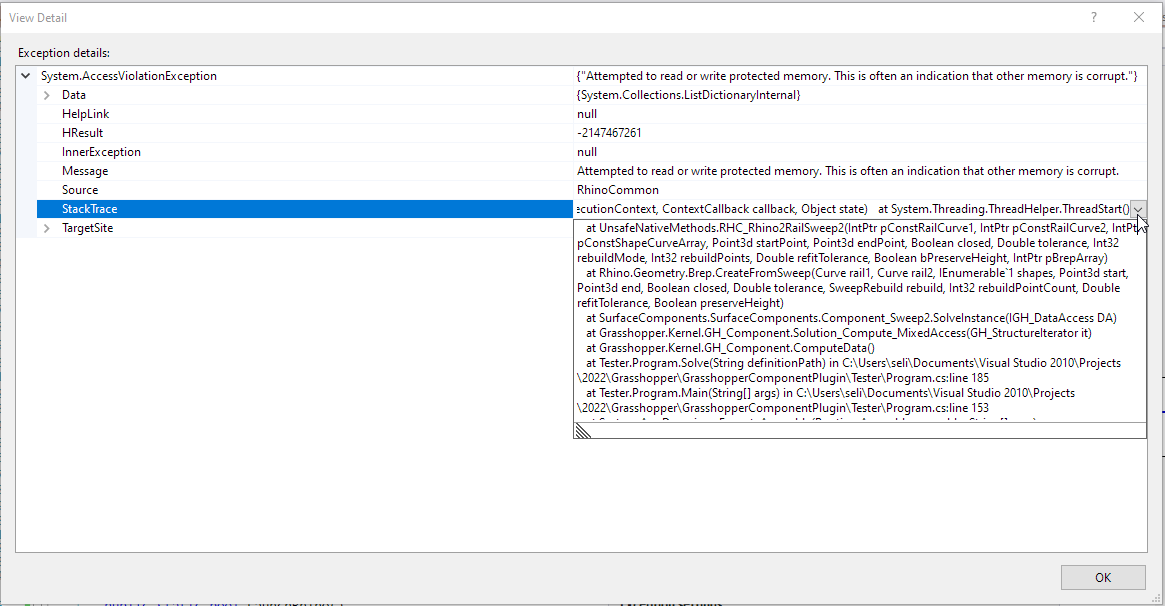 This was working fine in SR7, but throws the above exception in SR14 & SR15 (and crashes the host application).

I can confirm @sebastian.lindholm finding, I get the same result here as well.

Hi @sebastian.lindholm, @Oskar_Scherdin - can you provide me a way of repeating the crash you are getting? Does this crash occur in just Rhino, in Rhino.Inside Revit, or both?

It’s only crashing the host application, in this case Tekla Structures (Rhino.Inside.Tekla).

I’ll try to get a simple example to you unless @sebastian.lindholm beats me to it.

Can you provide a support upload link?

You can post any file here, or send me a pm if needed.

I noticed something else, did Sweep2 always use to output a Brep? The surface offset component below used to work fine, so maybe something has changed there?

Hi Dale, this occurs with Rhino.Inside (RhinoCore), i.e. not when using standalone Rhino/GH. I’ve extracted the relevant boilerplate code to activate Rhino.Inside and GH and then ask the components in a GH definition to solve themselves to a separate project here:

This stripped project doesn’t reference any external application or libraries, so doesn’t seem to be related to e.g. Tekla. Simply running the project from VS on a definition that contains a Sweep2 component throws an exception with SR15 as described in my last post. The gh file is in the zip as well, but it happens on any definition with a Sweep2. Running the code on any other definition works fine.

Did Sweep2 always use to output a Brep?

This was most helpful, thanks. I am able to repeat the issue. I doubt a fix will make it onto this week’s SR16 release candidate. But we should have something ready for testing next week.

Perfect, thanks for the quick reaction!