Any comments on liquid versus air cooling of the CPU in a desktop PC, in particular ability to cool the CPU? Online reseach results:

I recommend liquid cooling for your application which is the same as mine. I overclock my 18 core CPU at 4 GHz and its temperature is kept under 90C. I got a closed liquid cooling system and mount its 3x120mm fan on the top of my cooler master case. Takes some room as you noted but very worthwhile.

@Terry_Chappell Thanks for the reply. Did you use your system before installing the liquid cooling system?

Looking at HP and Dell it appears that the only systems they offer with liquid cooling are “gaming” systems. One of the features emphasized in discussions of liquid cooling is the “coolness” factor, with “coolness” not being thermal related.

There are quite a lot of YouTube items on this. Here’s one from a guy who benchmarks a lot: https://youtu.be/qntVQmLHDhI. I’m not personally particularly interested in the subject matter and haven’t watched any of the vids on this, but I’ve been comfortable with what this guy has said on other topics.

My online research (Linus Tech Tips, GamersNexus, etc) are that the best ‘air’ coolers beat liquid cooling, but a good air cooler can be an alarmingly large and heavy thing to have hanging off your motherboard. 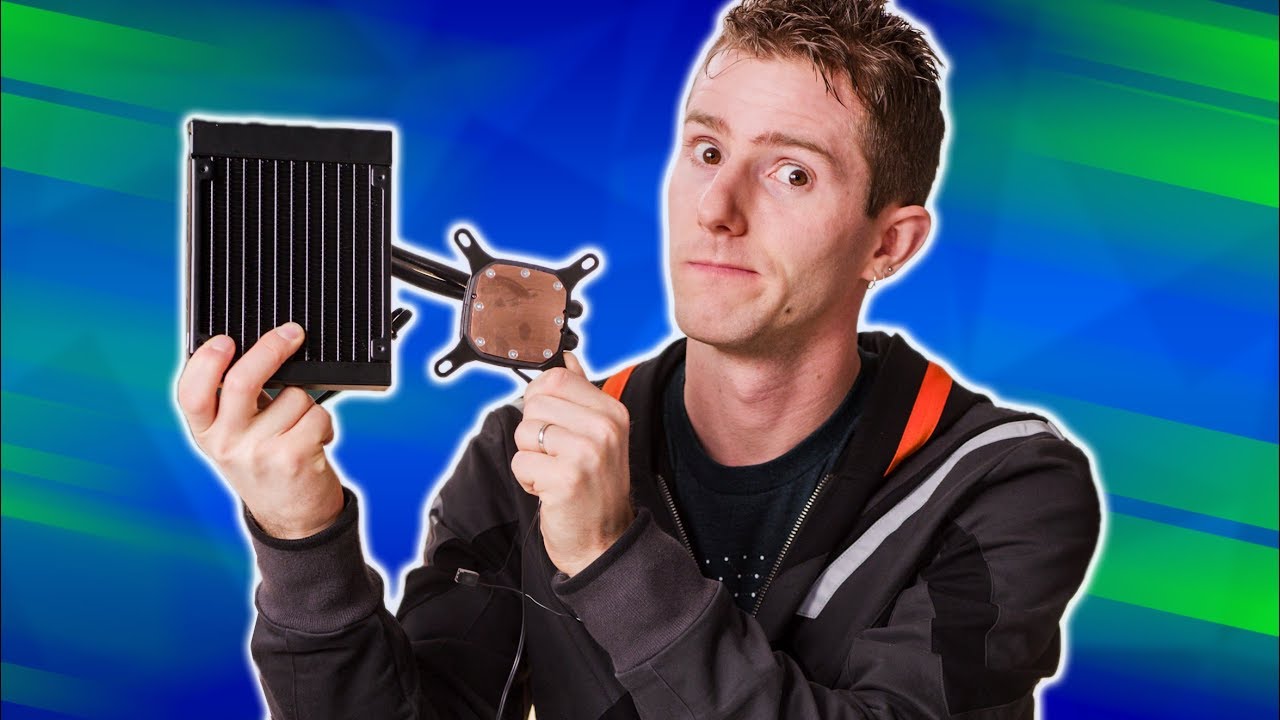 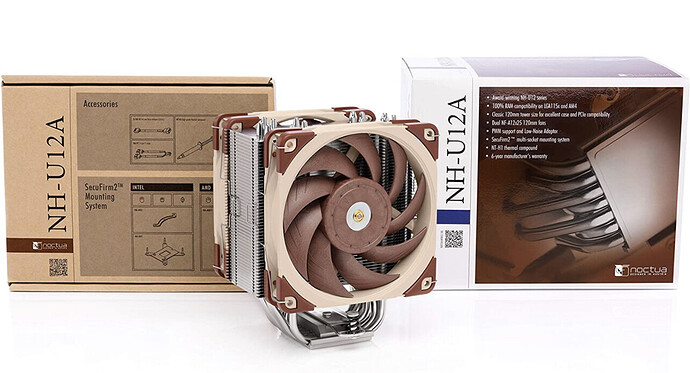 They work great. No issues after years of use.

Get the best Noctua air cooler, and that will be better than any liquid cooler.

The cooling head is the small square in the picture. It is tiny compared to competitive air coolers. Thus there is low stress on the CPU when you move your system around. I have used this on multiple of my systems with 18-core CPU for years with no problems.

Thank you to everyone who responsed. I now know considerably more about coolers for PC’s.

The liquid/water cooler and air cooler (using heat pipes) names are misnomers. All add-on CPU cooling systems remove heat from the CPU using conduction, and the heat is ultimatly transfered from fins to air. The differences lie in how the heat moves after being conducted from the surface of the CPU to the fins. Both liquid/water coolers and air with heat pipe coolers use a fluid.

The simplest cooling systems have the fin unit mounted directly against the CPU. Heat moves by conduction from the CPU directly to the fins for transfer to the air, sometimes aided by a fan which pushes/pulls air over the fins. The amount of heat which can be removed from the CPU is limited by the thermal conductivity of the metal used for the fins which makes these types of coolers generally not suitable for systems with high performance CPUs.

The liquid/water cooling systems function similar to an automotive cooling system. After the heat is conducted from the CPU into a metal “block” it is transfered into water/liquid coolant which is pumped through the system. The coolant then flows through a radiator with fins, and the heat is transfered via the fins to the air, aided by a fan(s) which pushes/pulls air over the fins. The coolant flows back to the block on the CPU.

The “air cooling” systems which use heat pipes function in a similar manner to the liquid/water cooling systems. After the heat is conducted from the CPU into a metal “block” it is transfered into a liquid coolant (typically water in coolers for electronics) which vaporizes/boils and the gaseous fluid flows (without being pumped) to the radiator unit which has fins. At the radiator the gas condenses to liquid and the heat is transfered via the fins to the air, aided by a fan which pushes/pulls air over the fins. The liquid fluid flows back to the CPU mounted block to be vaporized again.

Both liquid/water and heat pipe cooling systems for PC CPU’s can have similar thermal performance and noise levels.

The heat pipe cooling systems do not use a motor driven pump which eliminates a potential failure mode. The disadvantage is heat pipes are metal so the block on the CPU and the radiator are rigidly connected, and the entire system is mounted to the motherboard.

@gustojunk Do you build your own desktop PC’s or purchase assembled units? If purchased what is the builder/brand?

We build. We buy the best components in the market, and assemble ourselves if have downtime (rarely), or hire a local computer tech person to do it for us.

We usually spend about 6-10K per machine. Same specs go for 10-15K as a branded system. So it’s big savings.

Agree with Gustavo here. I have two machines that are watercooled and three machines that are air cooled, and there is no apparent advantage in using watercooling for normal use. My latest build uses a Cooler Master Hyper 212 and it reaches 52C when rendering on the CPU for 5 minutes. If I also stresses the GPU so the case is filled with more hot air it reaches 55C, but rarely goes beyond that. 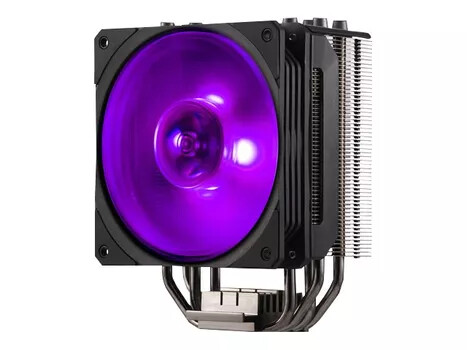 (Built a fun RGB lit, glass panel gaming pc for VR use at home)
A single fan is more than enough as the push-pull gain for using two fans is very low (arlound +20% for second fan) since the air resistance of the fins are so low. The pro of two fans is redundancy if one fails and possible reduced fan noise IF you lower fan speed.

The theoretical benefit of watercooling IF you mount it with air flowing OUT from the box is that you can move the heat away from the chamber and send it directly out of the box. That way the GPU can get cooler air from within the box too.

Difference i can HOLD the liquid cooled one at that temperature indefinately. on Air after 20 minutes it jumps up 1c, then again, then again etc. until it hits thermal throttle and slows down.

If I may put my two cents in, liquid cooling offers no considerable advantage over air cooling that justifies putting your whole system and files at risk of total destruction.

By this I presume you refer to the practice of building your own system then overclocking until it starts to glow red and the risk it will, at the most inconvenient time, meltdown?

Compared, of course, to the option of buying a completely engineered and developed SYSTEM in a box which has undergone optimization and thorough testing to run reliably for a very long time as available from firms like Dell, HP and Apple among others.

I have ordered a system with “All in One” liquid cooling. The cooling method was not the decided factor. Based on both the posts in this thread and other research my conclusion is both heat pipe air coolers and AIO liquid coolers have advantages and disadvantages, and either system can be satisfactory if properly specified.