I downloaded a gear from Grabcad. I exploded it and got this. I really just wanted the outer ring and thought it would explode further with the fillets being separate parts. It would not, and I get the error, “Cannot explode a single surface.” I was unaware a object like this could be a single surface. I’ve actually gotten what I needed, but have two questions for my own edification. 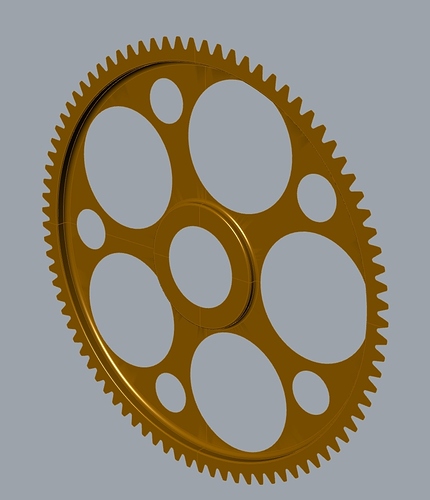 Run the What command and you’ll see that its a single surface with many trims. 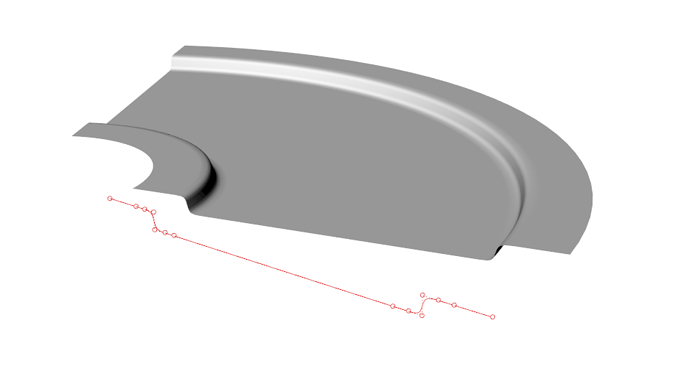 Hello - that is a trimmed revolved surface. Use DivideAlongCreases > SplitAtTangents=Yes and then explode.

Okay that was easy but how about the attached surface. How on earth this could be one surface…? and how come I can’t model it in plain rhino…

look at the degree of the surface, in V direction is degree 1. I think it was made using Loft and adjusting control points later.

So you’re saying first loft simple curves and than merge multiple surfaces into one…?

How on earth this could be one surface…?

That was what I wanted to know. I guess the revolve would do it.

this is a quick example how you can make those shapes 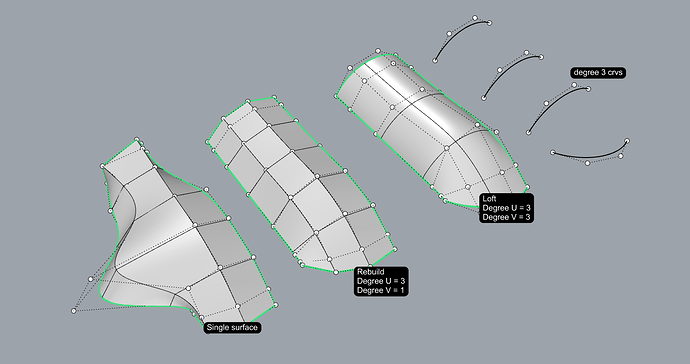 Thanks Diego. I’m already experimenting with a few new idea based on what you just presented. This is something I am well familiar with but never considered going this far with it’s implementation. Very glad I posted this question…