how to overcome the problem?

Any chance of getting a sample file?

i can’t save the file
lucense problem…

here is a sample file

you have a mess in that mesh, several meshes are as thin as curves cleaning that up is no fun, you better try to recreate that simple surface from scratch. i had some success cleaning it up and converting it to nurbs. boolean would not work otherwise. you can mesh that again but i dont recommend using it further, even i cleaned it up there ist still some mess in there i guess.

the problem now is that the object is polysurface.
I am trying to make it look with a smooth like the mesh.
how can I do it?

i would recommend rebuilding it as NURBS. just use the command SrfPt and click on the corner vertex points of the mesh four clicks per surface it will create that hypar surface. its done in a minute then join all surfaces together and use the regular BooleanDifference. 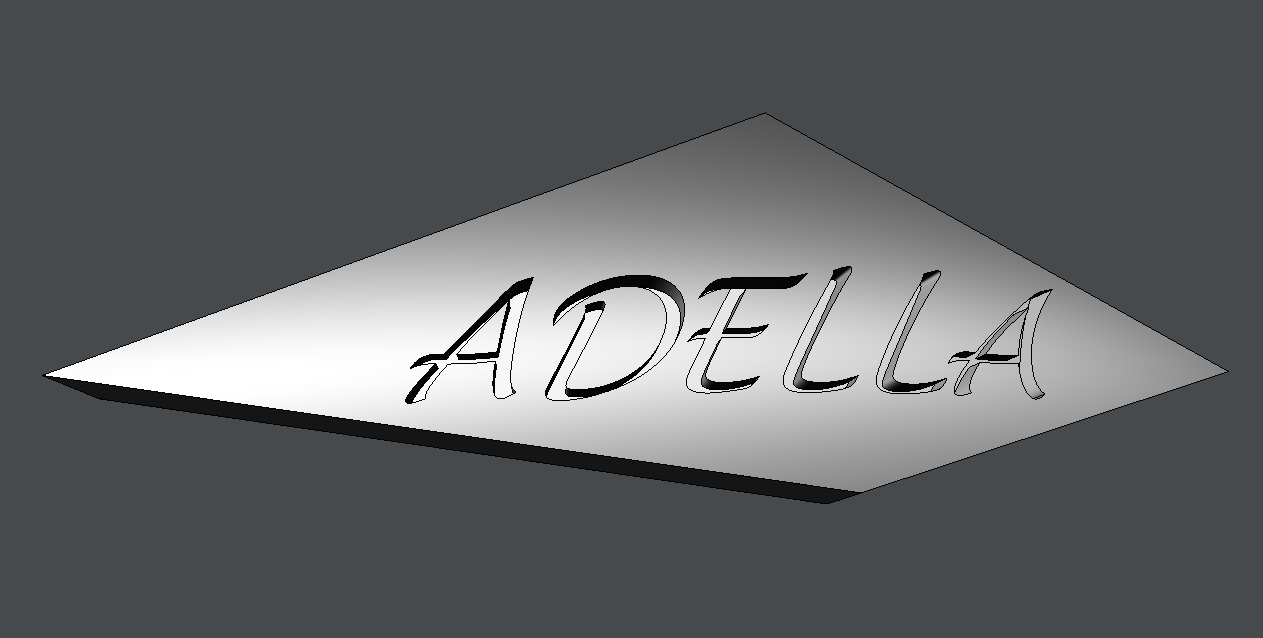 here i made it constant to 1.1 mm thick (some where 0.9 other where around 0.8… ) maybe make it even thicker, because one letter is very close to breaking through, either this or you make the letters very slightly thinner.

you can mesh this and print it or whatever you want.

I learned something new.
first I will apologize.

my question was missing details
the mesh is not 100% smooth like in the picture…
how can I make the polysurface to be like the mash?.. smooth but not 100% smooth?
thanks

which would be easy to implement.

so i explain generally what is happening here. when you use the command FlatShade which works as a toggle, it will look like on the left if you switch if back on it will appear like on the right. 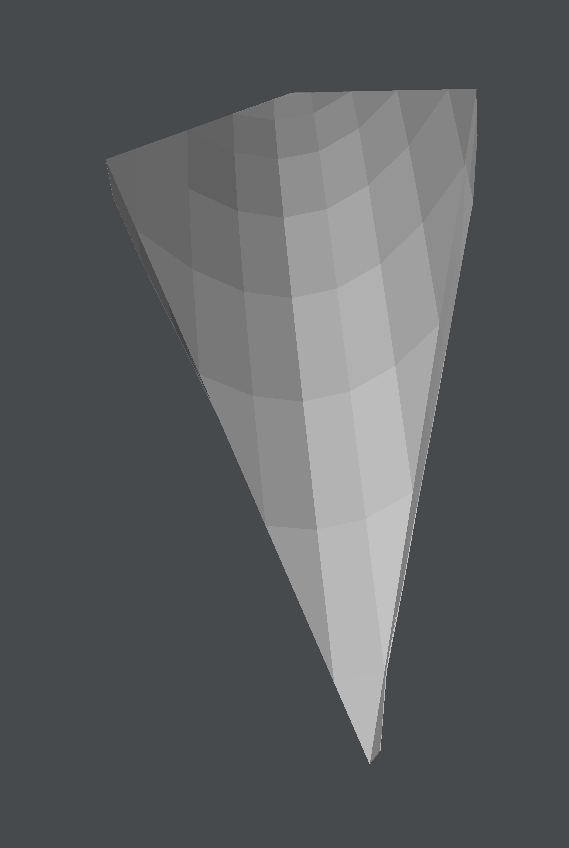 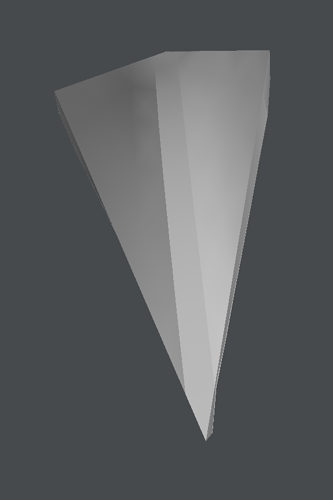 its actually just a display effect in which a texture gets calculated applying a visible softening, meaning the real geometry is actually what you see when you turn this softening off.

this shading gets lost when you convert something to polysurface because each polygon will serve as a seperate surface. if the shading is what you need because you are intending to render this you may have to reapply this as a phong shading but i dont know how to do this in rhino.

in software like c4d and probably blender or whatever other mesh focused software, you can add a phong tag which will reapply this, letting you set the angle tolerance. but again this is only visually, if you want to 3d print this then it does not make any difference even though it appears so.

thank’s RichardZ for the help.

actually I use it in 3d printing, the flat rectangle on the mesh that I marked in the image actually is visible after 3d printing with a little smooth.
and I want it to be visible, but the surface converted from the mesh looks not smooth…
thank’s for the help 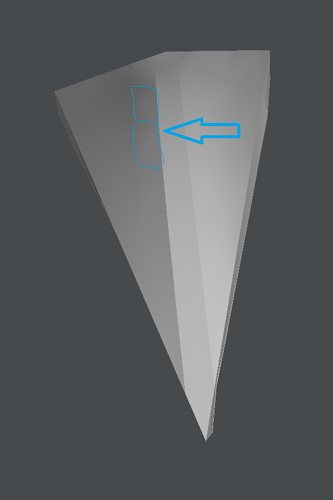 actually I use it in 3d printing, the flat rectangle on the mesh that I marked in the image actually is visible after 3d printing with a little smooth.

if you smooth something manually thats ok with me

but till then the geometry will stay depended on the polygons, creating a polysurface will not change the geometry.

only and there i cant help you further if your slicer/3d Printing Software understands texture smoothing and smooths this geometrically during printing. but that is utter speculation and i really have no idea about that, sorry.

the only solution then would be to reapply the texture smoothing as explained after you convert the polysurface back to mesh again, or you repair the messed up mesh till it creates a healthy boolean operation which might be a lot of work.

or you rebuild the whole thing and you create the upper surface in 3 parts, trying to create this half way smoothed texture yourself. so however you got to THIS exact wish, it sounds like a lot of coincidence. but if thats what you really want then ok, i will try to help you if you have further questions.

i was thinking that if you have printed this already, that it may occur smoothed because the angles are close enough, the printer of course does not produce 100% exact images and the natural light and used materials also do not reflect what we see in rhino. that again is speculation of course, if you would show a picture of your actual print we would have something to conclude maybe.