I was wondering if it’s possible to blend two crv ends (red lines) on a srf (curvature blend) and at same time the blend should touch a point on the srf. (start of blue line) Thanks Andy, I’ve tried using pull, but you can’t pull it into place so it touches the blue line plus once pulled there are many points created so hard to manipulate.

I agree with Andy on the use of BlendCrv. I’d add that Pull can use History too. Follow that with the EndBulge command used to adjust the blend and subsequently the pulled result. Here’s an example…
blendcrvonsrf_BrianJ.3dm (8.3 MB)

Alternatively, you could use InterpCrvOnSrf between three End Osnaps. Then use Match to adjust continuity and Pull to make sure it’s on the surface again. The transition area in Match is more abrupt though and I prefer the first method in this case myself.

BlendCrv from one of the reds to the edge of the surface - G2 at the red curve. and G1 at the edge. Before acceping the blend, drag the end on the edge up to snap to the End of the blue line. Repeat the other way. Pull will then make a smaller change. but note your surface is not quite perfectly curvature continuous at the location of the red curve’s end. 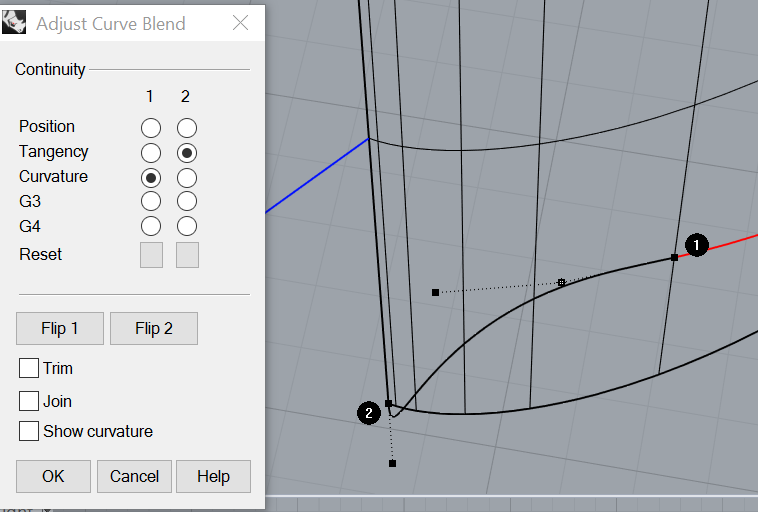 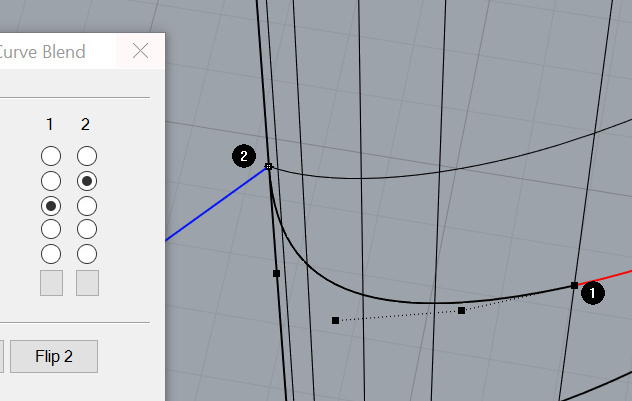 Repeat for the other half but you can blend to the first blend directly.

Use the command _CreateUVCrv (Google some tutorials) and then use _FlowAlongSrf to put the curves back in place. YAY thanks guys, lot’s of useful info!! Appreciate it!