Advices to create a doll

I am seeking for your help as I have been tasked to draw the following doll on CAD. I mainly use rhino and I was wondering if with the T-splines plug in, it would be feasible or if for this kind of “human” modeling, a specific software I widely used? 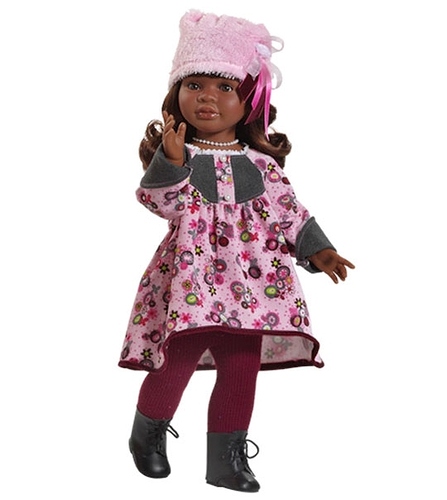 You could model the doll using T-Splines but if you’re new to mesh modelling it could be a big ask and a very steep learning curve.

What is the final model to be used for? It might make more sense to use/learn Blender or Wings3D if you just need a mesh model for 3D printing etc.

Thank s for your reply. I am confidente with rhino and I’ve used T-splines many times before, but I wasn’t sure of the complexity and feasability of such project. I’ve never used blender or wings3d which means I wouldn’t be confortable straight away.

My client wants to produce a similar doll so the model woudl be for production.

You could do this in T-Splines or any other sub division modeling program but it will be a bit of work. You might want to buy a 3D modeled doll from some place like Turbosquid to use as a ‘base’ - rather than starting from scratch.

If organic head/figure modeling was a frequent requirement, then ZBrush would be the smartest tool to learn. Previously used predominantly as a program for the visual-effects industry, artists are finally starting to realize its power applied to 3D printing. Just take a look at the sample work over at ZBrush Central or the workflow itself from sculpting ninjas like Michael Pavlovich:

Short of that and the 12-24 months it’d take to hone one’s ZBrush proficiency, modeling a head in TSplines would be achievable provided there’s little or no expectation of fine detail like wrinkles, pore, brow, or hair texture. Attempting to add all that pushes TSplines beyond what it was designed for (ie, crashes, slowdowns, etc). Conversely, ZBrush will effortlessly permit whipping around a 2 million polygon model and still maintain an astounding 60fps framerate.

The following head was modeled entirely in TSplines by using most of the techniques shown in their free webinars. Just a matter of judiciously applying splines in the right areas with the right amount of spacing to control topology. 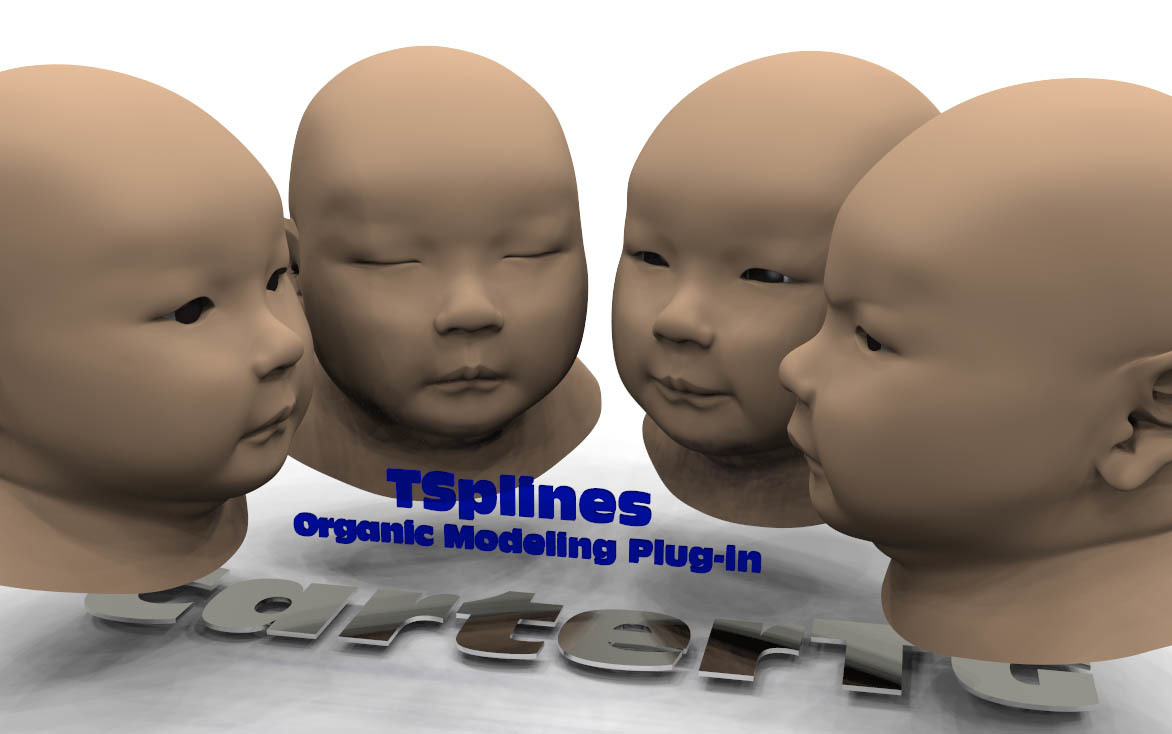 For the true TSplines intermediates among us, this shaded Edge view would provide critical insight on how this was created. Similar to the way character modelers aim to optimize facial topology, I’ve ensured the edge-flow of facial features in the T-Spline model be “animation friendly”; mouth corners can be pulled up or brows furrowed without the mesh developing a disastrous kink. 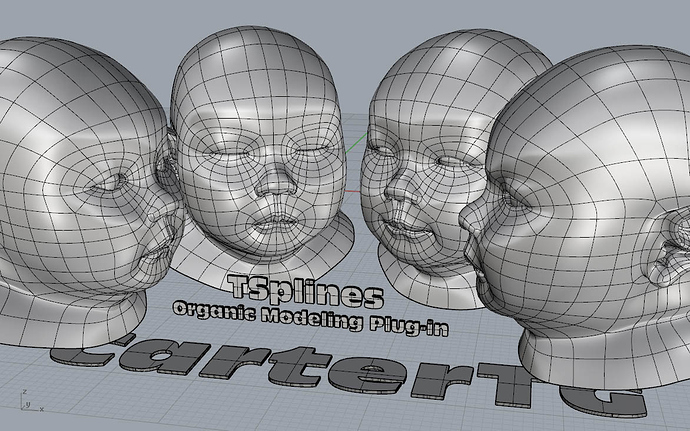 Toggling TSplines into Box View is another one of those things advanced TSplines users find helpful in understanding topology whereas it only befuddles beginners. 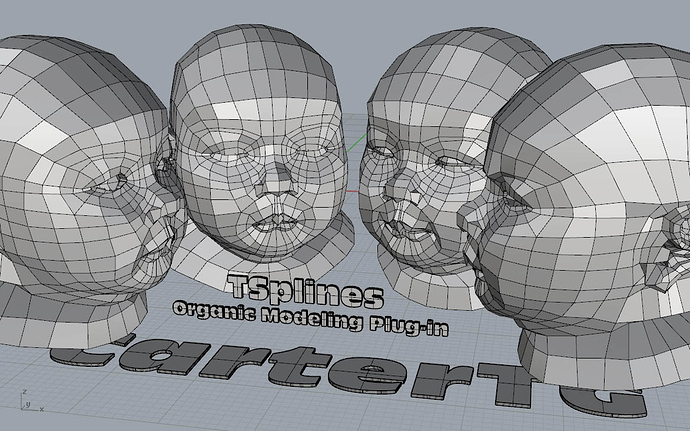 And finally, for those entirely new to 3D modeling, the whole point of an organic modeling plug-in for use with Rhino is that TSplines provides a relatively effortless way of creating organic shapes while maintaining the requirement of having a watertight nurbs object. At any point where I’m satisfied with the T-Splines model, I’ll pull off a copy and have TSplines convert that to a nurbs polysurface. All the stitched panels are bonafide nurbs surfaces that meet its neighbor surfaces with high continuity. It’ll retain its smooth, watertight surfaces whether it’s scaled down to a Barbie-head or scaled up to Rushmore proportions – because NURBS! 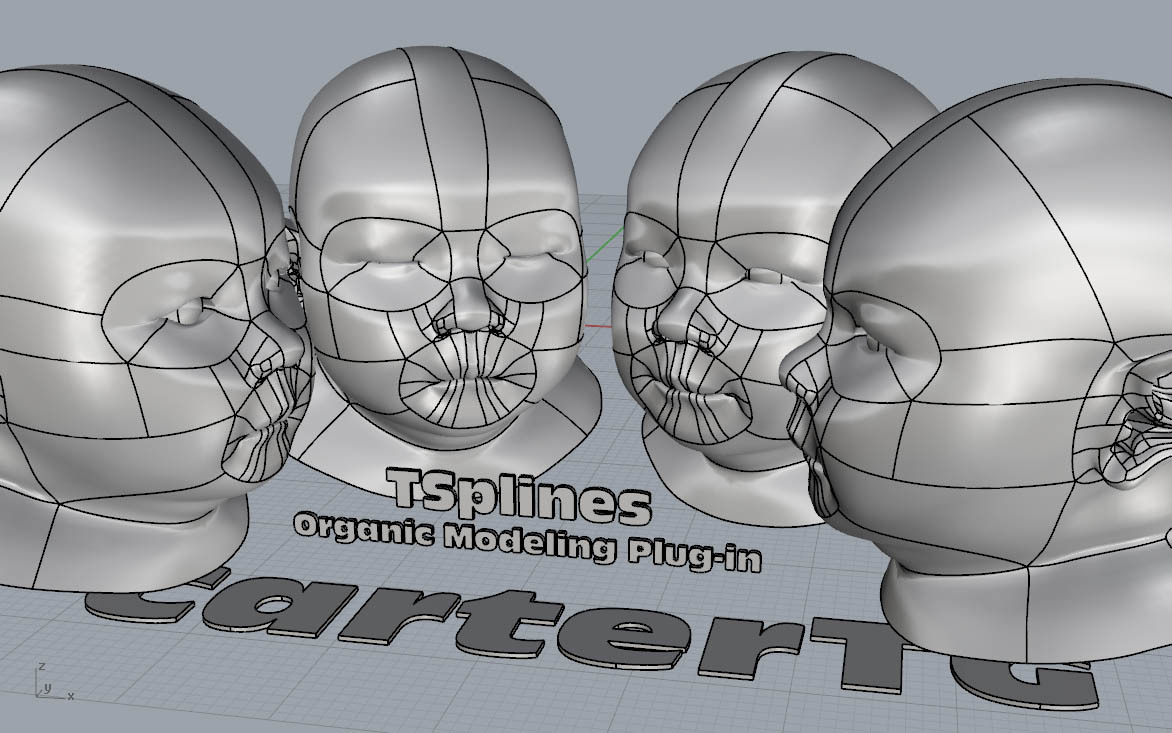 With the ZBrush Certification Course now behind me, how would I compare building the same model in both programs? Time-wise, it’d take roughly the same time to reach what’s pictured. ZBrush sculpting offers the greater chance of speeding up as experience gains. TSplines would continue to make me pause to judge what edges need to be extruded and adjusted. Considering the doll project originally mentioned, ZBrush provides an easier way of posing arms, legs, fingers, head-tilt whereas it’s far more tedious in TSplines. TSplines/nurbs provides an inherent scalability, but the process of using ZBrush Dynamesh all but erases that advantage. I manually dug into the model to hollow it out for 3D printing. This added roughly 30% to my modeling time in TSplines. With the various complaints in this forum about Rhino’s shelling, I wasn’t much I the mood to rely on it for hollowing my model. The process of hollowing out any ZBrush sculpt? ridiculously simple and works like a charm. (“Ask ZBrush” clip on YouTube) With identical models developed up to this point between the two programs, the TSplines version is now considered “heavy” slowing to a crawl on a 2.8ghz i7 while its ZBrush version is just getting started begging for super-fine details like brow texture, dimples, and wrinkles from baby fat – all the while not breaking a sweat after everything is added.

If TSplines is all you have, by all means, it’s the best tool you’ll have for this task provided you’ve moved beyond the basics and typical beginner pitfalls where you might stubbornly apply a Rhino mindset to things. I would certainly not label TSplines doll-making “impossible” by any stretch but I certainly have a great alternative for organic modeling should the TSplines wheels fall off in the forseeable future.