Which curve tool for this start end tangent simple task?

Hi,
I reach for the default curve tool (Control point curve) as I wish to start tangent then just click one or two points around this black curve and end tangent on the next straight line segment. It has no start and end tangent options though, also it is not the tool for best fit through the locations clicked, is it ?

I opt for ‘Curve through points’, placing points at 4 places along that curve as well as the ends of the two red lines, I am unable to change degree 3 to 2, I select degree=3 with mouse, type 2, hit enter and it still has degree=3, as such that can give me an S curve, I need a degree 2 curve., or at least it would assist in giving me a smooth simple curve I thought.
This sees a curve made but it goes exactly through those points, I want it to take up best path so as to give the most perfect smooth curve, unless I just happened to place my points perfectly for such a perfect curve, doubt that, and curvature Graph confirms my doubts.,… Also it doesnt start and end tangent on the red lines.

So what is best method.

I would like a tool that had start and end tan options, and the task of best fitting the degree 2 type curve through wherever user clicked the cursor., not necessarily going through the clicks but getting as close to them as was possible to make a perfect deg 2 curve.

Have you tried BlendCrv between the two existing lines?

With BlendCrv you also have the option of adjusting the curve to fit your underlaying PictureFrame while the curvatures at the start and end postions are preserved.

Fig.1. Here I pressed SHIFT and picked the fourth point from the upper left and dragged it leftwards to make the curve less “peaky”. This dragging resulted in the “inner curve” (and that’s when I took the screen shot, so there’s not two lines going on there, the result will be the inner curve when releasing the mouse)

As you can see you can select Tangency or Curvature for the endpoints of the inserted curve.

Hi Rolf,
If the curve is a simple arcy type curve (arcy meaning not a segment of a circle but similar !), that might suffice, however that is using the human eye to achieve a technical best fit, which is different from a mathematical best fit, which gives me unease if I am doing a mathematical one.
Doing a test of a definite non arc , where a bit more fitment is required for the shape, I am wondering what to use for that.
I have found alterring interpolation allows then for selection of degree 2, however the result , correct me if I am wrong, has an S curve about it. still lacking tangent needs.

Another approach would be draw an initial curve using Curve, then use Match with Tangency matching to match tangency at the end(s). Match will move the next to end control point so that the curve is tangent to the adjacent curve.

[quote=“Steve1, post:1, topic:45853”]
I need a degree 2 curve., or at least it would assist in giving me a smooth simple curve I thought.
[/quote]Degree 2 curves with more than 3 control points can have discontinuous curvature. Usually degree 2 curves are considered as less smooth than degree 3 curves.

I need a degree 2 curve.

For manual image trace you can use _Polyline, start with option line and change between line and arc.

@Steve1 Try using Blend with Tangency (not Cuvature) continuity… It results in a degree 3 curve which is tangent to the end curves, and as smooth curvature variation along it’s length. You can use EndBulge with Continuity1=Tangency and Continuity2=Tangency to adjust the shape of the resulting curve, and eliminate any reverse curvature.

Or BlendCrv as Rolf suggested with Tangency (not Curvature) continuity at each end. It also results in a degree 3 curve which is tangent to the end curves at each end with smooth variation of curvature along its length. It essentially combines Blend and EndBulge into a single command.

yup, was just wondering why this is not suggested, at least for 2 straight curves that would be the best.
but maybe he needs a continuous curve. not sure i understood

maybe he needs a continuous curve. not sure i understood

right now the topic states: start end tangent
we will see how it develops

You are trying to combine the best of two different commands, and I wish it could be done also!

curve - control point command will let you do degree 2 WILL NOT do start end tangency.

I know your example is very simple, but my suggestion for it specifically would be to extend the lines straight and use a tangent to 3 point circle. 1st input one line, 2nd input second line, 3rd input “eyeball” a point on your background curve that makes the result you want. Then trim everything and you are done.

I reach for the default curve tool (Control point curve) as I wish to start tangent then just click one or two points around this black curve and end tangent on the next straight line segment. It has no start and end tangent options though, also it is not the tool for best fit through the locations clicked, is it ?

If you turn on the control points for the curves you are trying to connect, then a control point curve can easily be made tangent at both ends using the Along Osnap or Tab key direction constraint. On the resulting curve you can monkey with the points in the middle to taste and the second point from each end only in line with the end points to maintain tangency.

Rhino’s blend curve is the tool for the job. Simple to use. Or you can extend the straight or curved lines until they intersect and then use Rhino’s fillet tool, if a circular arc is what you’re after. Or get a SolidWorks/Alias colleague to draw the curve for you and then import it ; )

if a circular arc is what you’re after

in that case i would rather use ArcBlend.

Hi,
BlendCrv gives me a curve, but I struggle to adjust the control points keeping them tangent to adjust it, for some reason I see faint pecked lines but no points, not unless I turn off the raster image, also I struggle to stop them from losing their tangency.
Line tool curve seems to be placing curve through my clicks.

Pascal, my start and end curves here are straight lines, I turn on control points, click the line tip as you did, but then seeing you select the control point for that tip, I am working my way along the line and find my first snap at other end of line, I get a curve going backwards towards the start of that line. I am unable to see the control points because I have had to do what is suggested when I have two rasters sharing same location, move one by a fraction, so its been moved 0.1mm nearer me, so I can see port side and not stbd side of aircraft. Tracing such rasters requires an easy method, though I did connect with the point part way along the line as seen in the video here below. 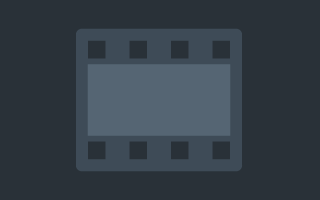 This seems so simple a need yet I cannot sort it even with these ideas.

Why isnt there a tool that is like Interpolate Points but finds best fit between clicks made ?

BlendCrv will do an arcy type curve.

_Arc _Tangent creates an arc, and my curves are not arcs.

I just wish to be drawing along a raster curve and having something that will best fit my clicks giving a smoother outcome… option to restrict it a singular curve as opposed to an S curve., and be able to start and end tangent.

I have loads of tracings of raster curves to make, where I need to refine the curve to best match to where I have clicked.

For speed, just start tangent, click click etc then end tangent, job done, rather than have to carry out point movement, trying to keep the dashed line tangent, especially where I cant see the points as here, .

[quote=“Lagom, post:12, topic:45853”]
Or you can extend the straight or curved lines until they intersect and then use Rhino’s fillet tool, if a circular arc is what you’re after. Or get a SolidWorks/Alias colleague to draw the curve for you and then import it ; )
[/quote]]No need to extend the lines first if a circular arc fillet is desired. The Fillet command will extend and/or trim the lines as needed and then create the fillet arc in one step. Or use ArcBlend as @RichardZ suggested and adjust the point between the arcs as desired before completing the command.

What can Solidworks or Alias do in this situation which Rhino can’t do?

RichardZ’s arc blend really is a good suggestion, as it allows sliding the start and end points along the already existing curves, whether straight or curved.

for some reason I see faint pecked lines but no points, not unless I turn off the raster image,

Editing the size of the control points on Rhino 5

Hi Mert- the setting is on the top level objects page - Control point size - not under Objects > Points. See it? [image] -Pascal

I am working my way along the line and find my first snap at other end of line, I get a curve going backwards towards

I think the first step is to hold down “Ctrl” button (at 0:20) at the same time click on start point and second point/vector, release “Ctrl” and begin with trace outside start point