Hello everybody
I was designing tool and after finishibg I saved and closed the file. After opening to continue in wrk some strange alphanumeric characters were added to the sublayers’ names - see attached pictures.
Can somebode explain to me what happened? 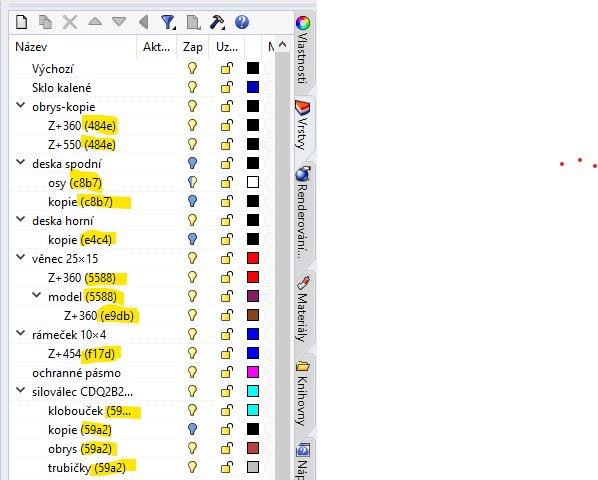 Hi - I haven’t seen this before. Can you reliably reproduce that issue with a new file?
-wim

Is there a posibility these refer to Asian characters?
If I check for unicode characters with these numbers I get (chinese) characters.
It could be in the process of saving an incorrect conversion took place?

Hello -are you using any no-default plug-ins? Was the file made entirely by you in Rhino or did some come from another program or user?

Well, I have 4 plugins only - paneling tool, section tools, auxpecker studio, boltgen. Between two dates (05. 06.2019 - 12.06.2019 the Window May Update 1903 was installed. Our version of Rhino is 6 SR13
(6.13.19043.11071, 12.02.2019), 4 blocks are inserted - 2 coming from Rhino and 2 from external source (SMC cylinders)
I was playing with 2 different files this morning with similar kind of tool (press for glass) and I found this strange behavior happened when I save or export this files as Rhino 4 files (the reason is our customer have Rhino 4). Due to unkown reason the source file was affected, but after several tests of saving the source file was not affected (strange - it seems I worked with Rhino 4 files saved as Rhino 6 file) and the alphanumeric characters are in Rhino 4 files only (opened in Rhino 6 since We don´t have Rhino 4).

Hello - I would block all these plug-ins and restart Rhino and see if the behavior persists - if not, I’d then re-enable one at a time, restarting Rhino each time, and work for a while doing the same sorts of things in the file as before, until you see it happen again. 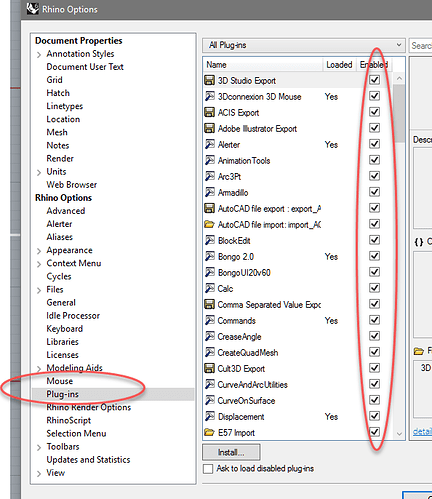