Personal project.
Design I made in Rhino 7 for Mac.

Below I show different renders of my project:

-Details of the rim in different color combinations, with black being the main color. 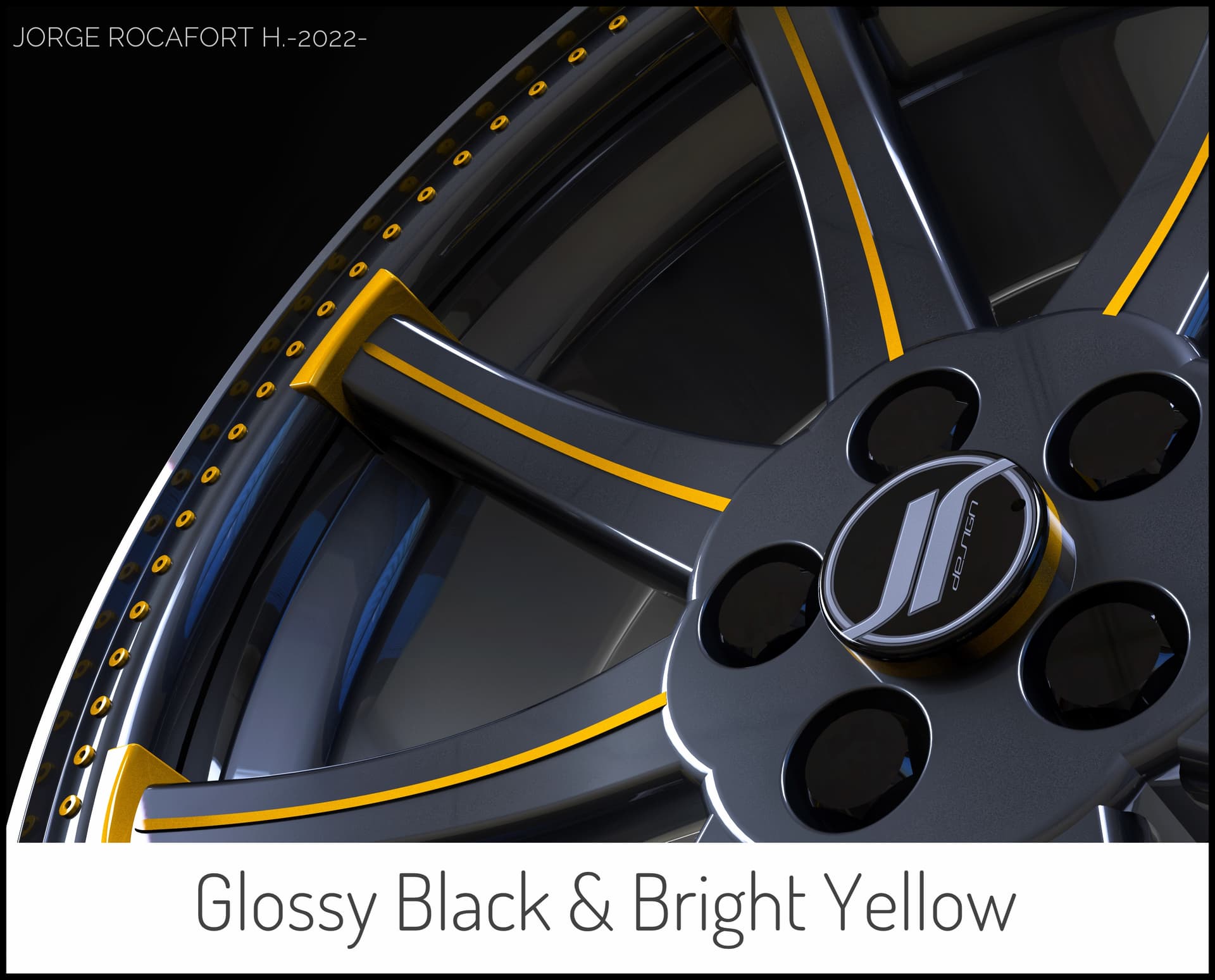 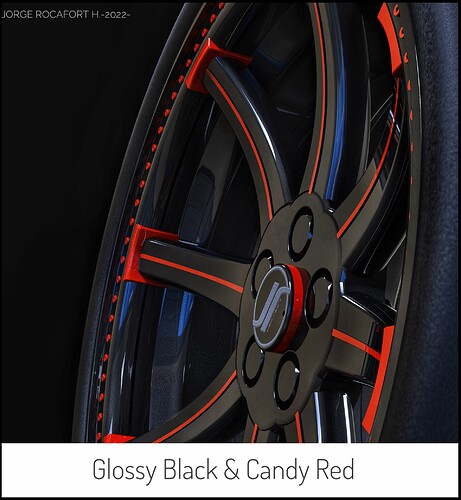 -An advertisemet poster in which I took a photograph of a model shot in studio, which I arranged with renders (raytraced mode) of the rim using Affinity Photo. (the black rim on the model’s shoe, raytraced in transparent png)

-Wireframe view of the project. 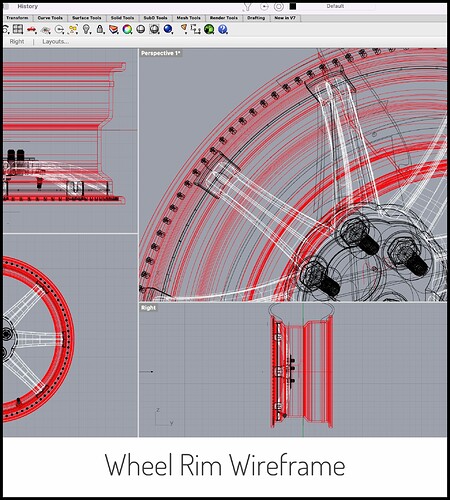 -The JR decal logo is made from the initials of my name.
I hope you like my project.
Thanks,
Jorge Rocafort

So you rendered with Rhino Render and Raytraced?

Hi Nathan, no I mean I used Raytraced mode and saved them in PNG

Right, Raytraced mode is same rendering engine as Rhino Render, so you should be able to just use _Render and you’ll get the exact same results.

Thanks for your advise Nathan! Still much to learn from Rhino but I am very happy with it!!.