Is there any grasshopper add-on that could help to have a hexagonal subdivision on a sphere.
The image below has 5-side polygon at singularities. I tried smoothing isosahedron from weaverbird, but it does create smooth sphere. 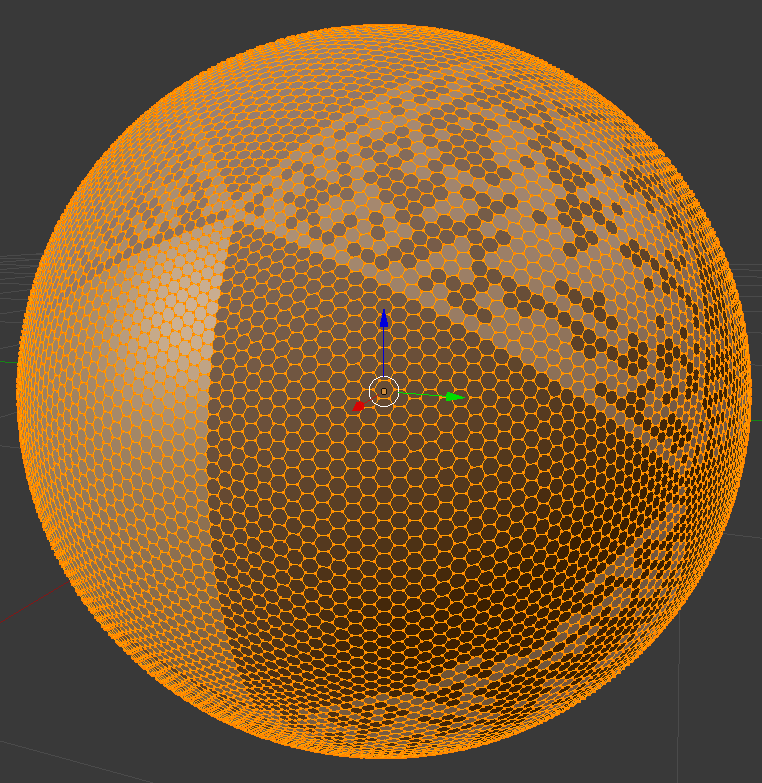 I could be wrong but is it possible that it is impossible to have just hexagon on a sphere.
https://www.mathsisfun.com/geometry/eulers-formula.html
For many solid shapes the

I could be wrong …

You beat me in speed!
You are definitively not wrong.

A solution could be to “pack” all the singularities on a small area of the sphere, leaving the rest with only hexagons… but it would be un-evenly sized hexagons, with the largest on the opposite side of the singularities.

There’s a nice interactive model of a hexagonal tiling of the sphere here:
http://pub.ist.ac.at/~edels/hexasphere/
(note the date of publication) 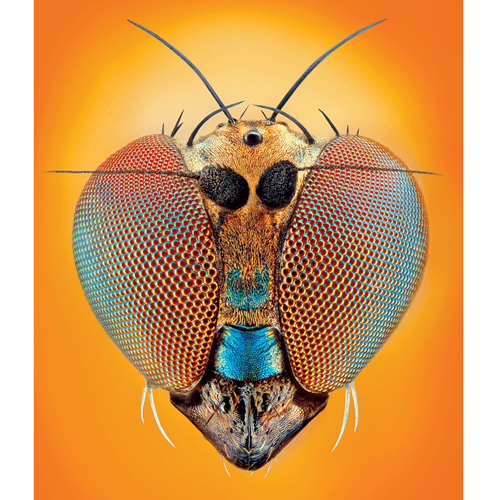 Also - if you don’t require the vertices to all be valence 3, and allow adjacent faces to share more than one edge, you can divide a sphere into all 6 sided patches like this: 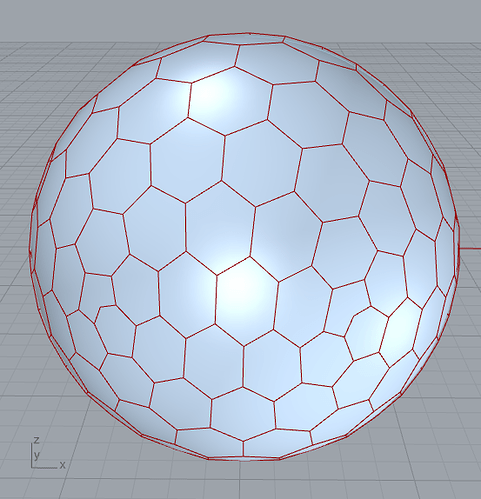 Just out of curiosity, I tried with RemeshByColor with a mesh with square sine gray scale… but it completely didn’t work. Even some attempt of sphere packing… ugly results…

So i switched to pure math: 
( I also found interesting this: https://math.stackexchange.com/questions/2121175/is-it-possible-to-have-a-spherical-object-with-only-hexagonal-faces ) 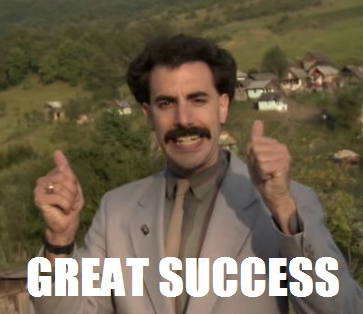 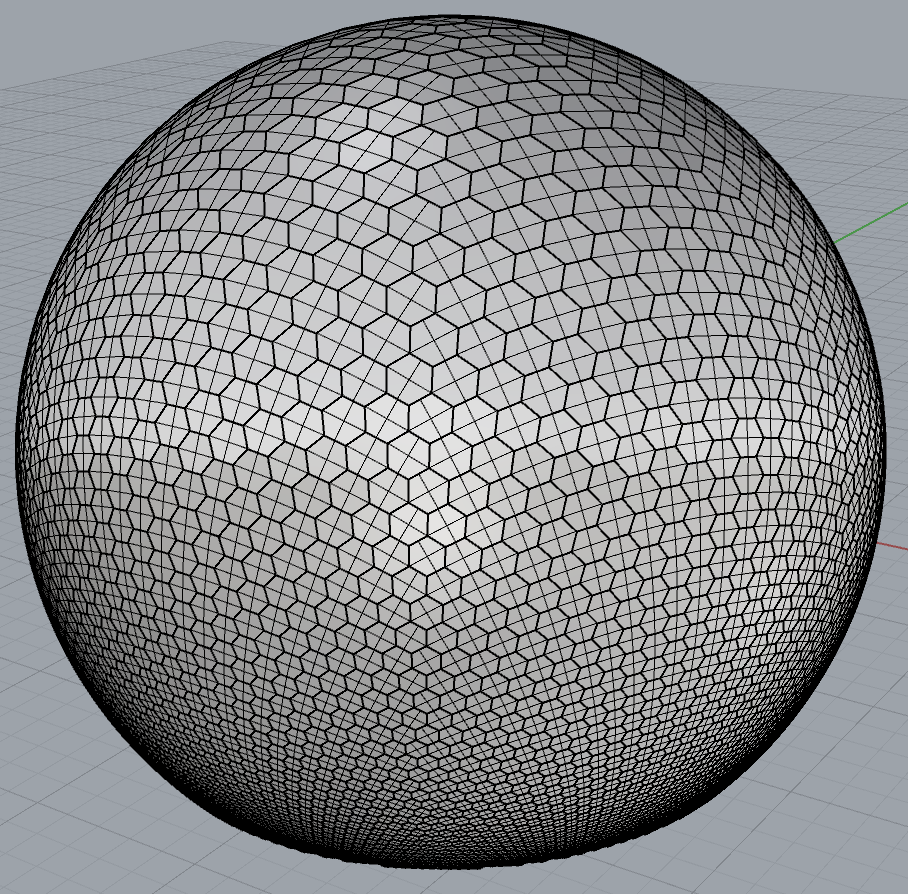 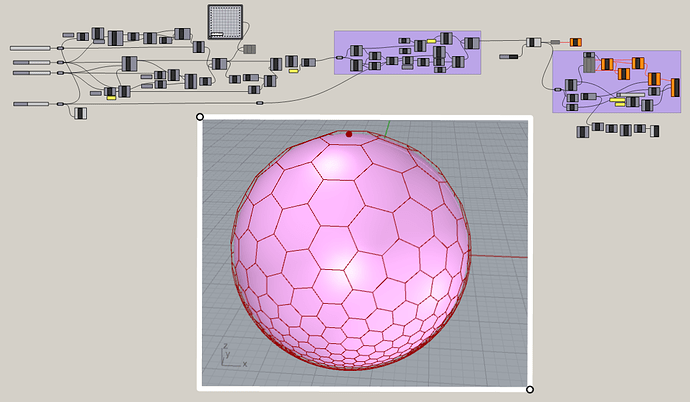 As expected, with the camera at the correct position, the hexagons look completely “flat”: 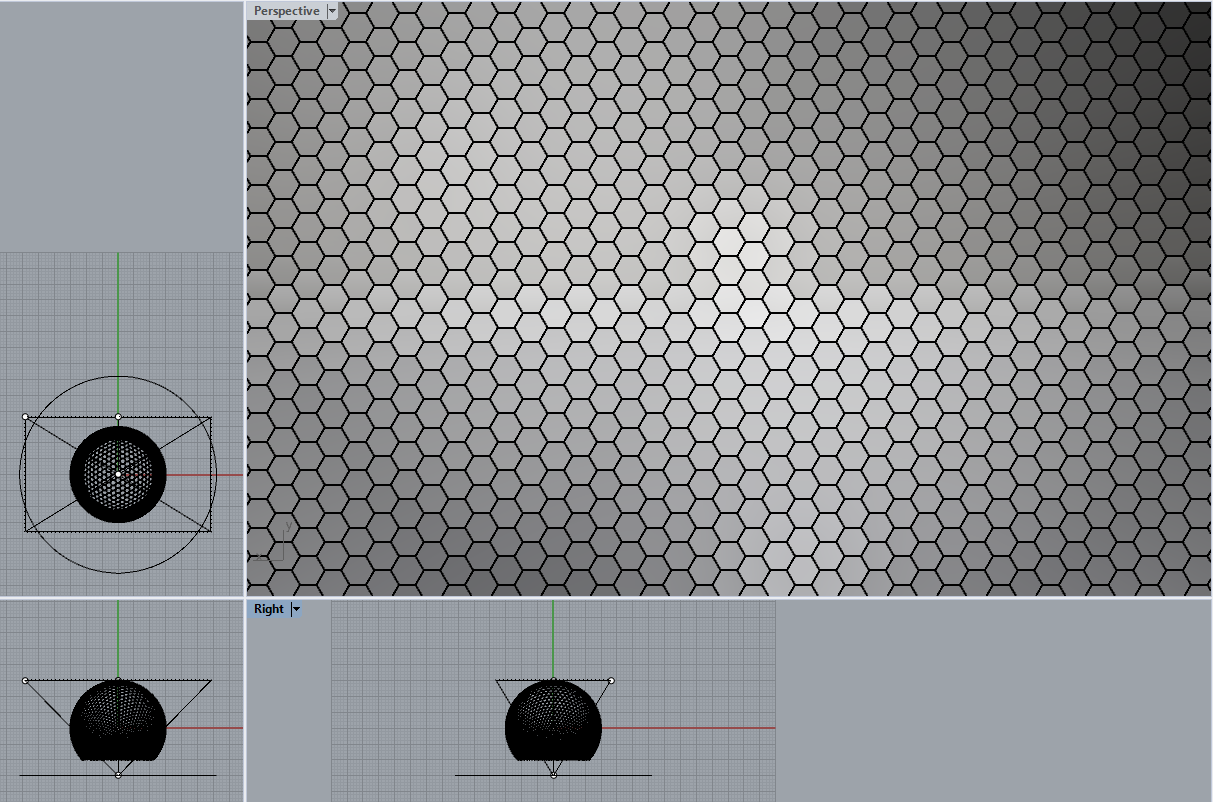 Interesting and unexpected (for me) thing: the hexagons are ALWAYS flat!
In the definition there is the control to chose where to put the “first” hexagon: centered, mid-edge or vertex… but the faces are always flat regardless of the starting position!
(big .gif) https://drive.google.com/uc?id=1u44wCkuwGyj8DTNS4BkPUKJ4NjrOxN-Y

If needed, it should be doable to “patch” the hole with Delanuay on the dual of the hexagons, then pulling the result to base surface, joining the meshes and lastly doing the dual again… 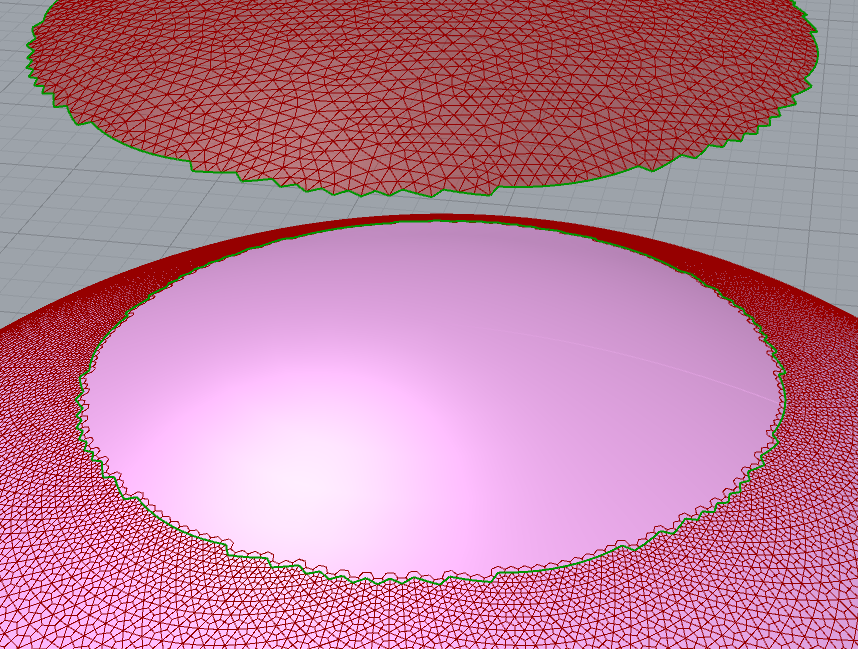 There’s a component for this in Kangaroo now: 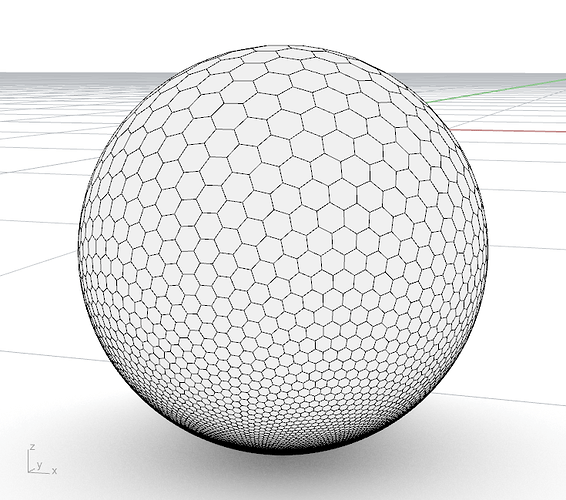 The hexagons are always flat because Möbius transformations (which inversions are) preserve circles. Since the initial regular hexagons have all their vertices lying on a circle, so do the transformed ones, therefore they are planar.

Also - here’s another covering of the sphere with only 6 sided patches -
fold a hexagon in half along a line joining a pair of opposite vertices, glue the sides of the boundary to each other, and inflate it: 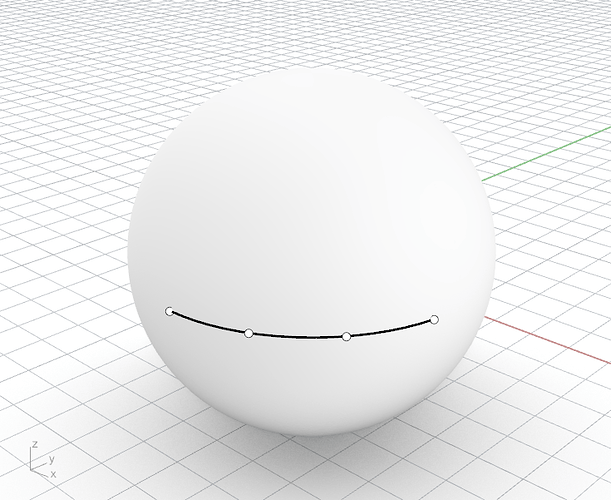 “how to discover a component: the stupid way”

That’s my fault - I quietly added this one in the last release, but hadn’t properly documented it yet, except through posts like this.

If I can add this…
I tried it… it’s great, nothing to say.
But the sphere radius is hard to grasp.
Having the possibility to use a sphere surface directly would be great. (or center + radius)
Inversions “in” a circle or “in” a sphere are easier to understand.
A circle + T + Q + F parameters is “alien” , to me at least …

You can ignore Q and F for these purposes.

For stereographic projection from the 2-sphere to the plane, you can use the equator of the sphere as the circle and set the T angle as π/2

I have 2.42 version of kangaroo, where can I download version with this component included. Food4rhino has latest 2.42 version only.

It’s only in the rhino 6 version for now. If you have a current R6 service release you should already have it

I have rhino 6 SR 5 version, so I need to upgrade I think

The 2.5 release is actually on f4r too - right at the bottom of the downloads list, but simpler option is just to get the SR