I ran into an issue when using the Rhino Script Compiler where making an updated version of my plug-in resulted in incorrect naming of the .yak file automatically generated at build. After I manually renamed the .yak file, the new version of the plug-in was able to be installed via the package manager.

I’m working off a private yak server as was outlined here:

@will, that’s understandable. Thanks for the feedback! After doing some research, we’ve implemented this solution building on what @Jarek worked through to set Advanced settings via Python as outlined HERE and HERE. Here’s our little script (genericized) that we use to point people to the right file path after they synchronized the appropriate SharePoint library: import Rhino import os user = os.environ['USERPROFILE'] #sets user = C:\Users\<username> filepath = user + "<mapped sharepoint fol…

I created an RHP using the Rhino Script Compiler and was able to see and install it via the package manager. This was version 0.1.0

I then did some changes the existing project and built a new version 0.1.1 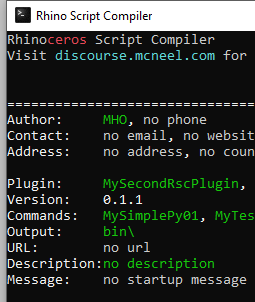 This new version was not visible in the package manager. When I viewed the .yak file the RSC generated, I noticed the naming looked off compared to version 0.1.0

After renaming the .yak, the new version of the plug-in appeared in the package manager: 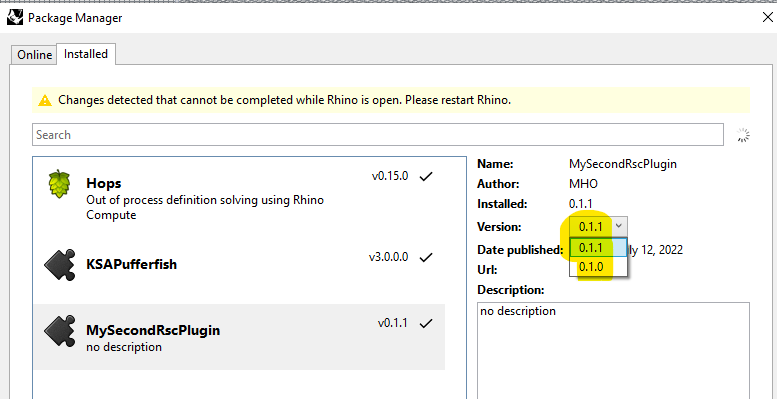 Did I do something wrong when editing the existing project or is there a bug in the naming of yak files?