Recurving an unrolled surface back to it's original shape?

Hello, I created a curved surface using the Extrude Curve command on a 3-point curve and then Unrolled it so I could edit/modify the surface. How do I go about curving the edited surface back to it’s original shape? I can’t seem to get the Bend command to be precise enough and my searches online have been unsuccessful. I feel like this is a simple task and I figure I’m just not typing the right key words in the google search.

I’ve attached an image of what I’m trying to do. Any help or insight would be greatly appreciated. 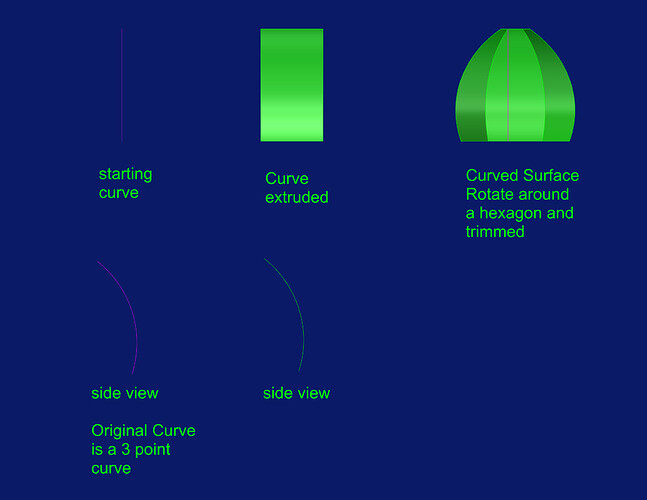 If I understand correctly, you can use the _FlowAlongSrf command. 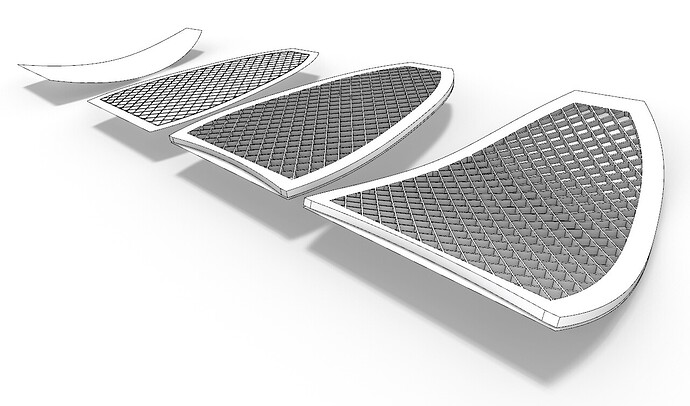 try squish instead of unrolling then lay out your curves on the squished surface and use squishback then edit the surface further.

You need to use a different approach than if you were making a physical part. Instead of trimming the flat part and then rolling/bending it, you need to trim the curved part. To get the trimming curves or other objects onto the curved part:

Since the surface is a simple extrusion it is developable. Use UnrollUV to unroll the surface.

Place the planer curves or other objects used for trimming the surface on the flattened surface.

Use FlowAlongSrf to flow the planar curves or other objects onto the original surface.

This worked great! I tried this earlier, but misunderstood the “Base Material” concept in the FlowAlongSrf command. After a tutorial and some tweaking, I got it dialed in. Thanks!