[QUESTION for David] A study path for Computational Designer or Grasshopper developer?

I just knew Mr. David Rutten was a master student in BK, TU Delft which shocked me. Although I found the interview explaining why David made this decision something else, I am still curious about how you make it.

Is there any recommend study path for us after you dropped out the university? 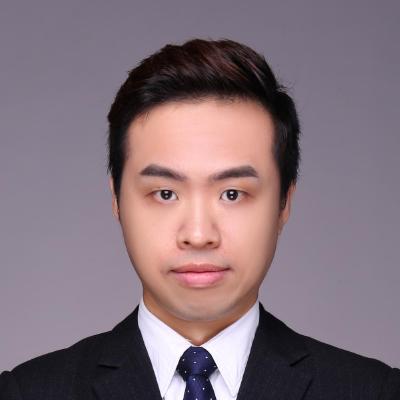 A Study Path for Game Programmer. Contribute to miloyip/game-programmer development by creating an account on GitHub.

after you dropped out the university?

You mean “dropped out” or “finish”? The first means you didn’t get a degree before leaving.

It can be difficult to really study after you’ve left a place of learning. You may get lucky enough to get a job which includes a self-improvement aspect, but more likely is you’ll end up sacrificing your own time.

Robert C. Martin believes the latter is what professionals have to do (read some of his books or watch some lectures if you’re thinking of getting into programming).

Malcolm Gladwell’s widely criticised and overly simplistic 10,000 hour woo does have a kernel of truth to it though, do not expect to become good at something overnight, great at something in less than a couple of years and done with something ever.

If I could give two pieces of advice to my younger self, it would be “read more theory, not just how-to tutorials” and “at all times be aware of correctness”. It’s no good writing code that does … something, it has to do something right. And that means you have to think about how to test the outcome of your code before you start writing it.

do not expect to become good at something overnight, great at something in less than a couple of years and done with something ever.

“read more theory, not just how-to tutorials” and “at all times be aware of correctness”.

Ah, BK at TU Delft! I was at IO myself. Working as a designer now I find myself struggling to find free time to develop in all those areas that interest me (and that will help my career). Usually it means learning as you do on the job (and in the late hours when at home). For example, we now have a project coming up with a need for some motion graphics and I’ve decided to invest free time in learning more about After Effects.
Same for Grasshopper, luckily I can usually piece together what I need from some tutorial here and there.
Being a student it’s much easier to dive into a subject and learn about it thoroughly. I agree with David. If you have the chance, learn about the fundamentals, anything that will let you apply your knowledge to a multitude of scenarios.

Speaking of theory. What about a study path just for the maths? The number of times I’ve read white paper only to find some maths gibber I’ve never seen before only to find it’s some fringe weirdness that even leaves those with linear algebra mastery befuddled.

And I don’t even have linear algebra mastery.

I was looking up something the other day and the math nurd explaining obviously got tired of explaining it and just threw in some maths. Turned out it was Euler operations. Like, what’s that when it’s at home.

In my experience a full grounding in maths is too expensive a price to pay. It seems to be utterly beyond most mathematicians to pen their research in an understandable fashion, and learning to speak their language is a several year task.

I tend to skip over those parts of academic publications containing the upside-down triangles and double integral symbols and jump straight to the pseudo-code parts. If there is no pseudo-code, that paper is not for me.

Well it’s refreshing to hear I am not alone in this regard. But trawling the web for pseudo code examples is like pulling teeth.
I’m trying to implement a minimal bounding box. Now this is a canonical example of a computational geometry algorithm so after researching I find this is a solved problem. Solved back in the 80s in fact. Finding pseudo code on this is not fruitful so I research books. I find books aplenty with glowing testimonials and 5 stars all the way, only to find a tome full of arcane scribbles and written explanations that show so little skill in conveying information that I am left wondering if I am , actually, far too stupid for all of this and should go back to visual basic and databases.

My kingdom for a horse. A horse in this case being a computational geometry book full of pseudo code!

I tend to skip over those parts of academic publications containing the upside-down triangles and double integral symbols and jump straight to the pseudo-code parts. If there is no pseudo-code, that paper is not for me.

Plus of course the rest of the clip, and many other clips of Bret Victor in the subject of visualizing complex data and concepts. Perhaps Victor Bret could influence the next generation of Grasshopper.

This seems to be a widespread insight: (quote from the clip below):

Clip 2: “The Humane Representation of Thought”:

Perhaps Victor Bret could influence the next generation of Grasshopper.

He already has, although he doesn’t know it himself.

he doesn’t know it himself.

Let’s not tell him then.

[I’ve removed the political stuff, it doesn’t really have any value and detracts from the topic, sorry for starting it]

I found those videos very worthwhile - thanks Rolf

I still think we are comparing apples and oranges though. The visual techniques are cited as an aid for problem solving. The problems I am speaking of have already been solved, quite thoroughly, by people much smarter than us.
Unfortunately they all these secrets are unobtainable to those of us who do not speak math proficiently enough to decipher them.
For myself, being thoroughly lazy, I would look to some sort of algorithmic template library to do the heavy lifting but the ones that come to mind are outside of the dotnet domain. Still mulling over how I can do the most with the least effort.

Speaking of algorithms and visual problem solving, I found this interesting:

He already has, although he doesn’t know it himself.

Cool stuff, what really resonated to me as a user is this part:

It’s probably really really hard to implement this in a manner that is useful. But imagine the weight you could lift in the initial creating process in Grasshopper. Also how much more disciverablity would happen.

The most important thing I get from Brett’s work is immediacy. And I also subscribe to the “don’t-mode-me-in” philosophy.