I’ve been trying to see if there a way to planarize an NGON mesh (mainly a dual mesh). I understand they are technically constructed of multiple triangles. Triangles are already planar so using kangaroo to planarize it has no effect. Any ideas? Is it even mathematically possible?

Note: I am looking to planarize without splitting the mesh.

Thank you for any help.

Hi @nathanlundberg77 - Do you have an example of the kind of mesh you are looking to planarize?

It’s simpler when the shape is convex, and the more sphere-like it is the easier.
Here’s an example 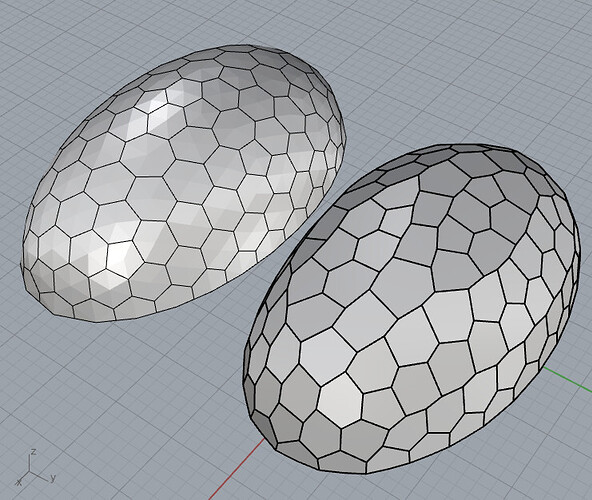 Note that with hexagonal meshes the panels generally need to change shape quite significantly to become planar. 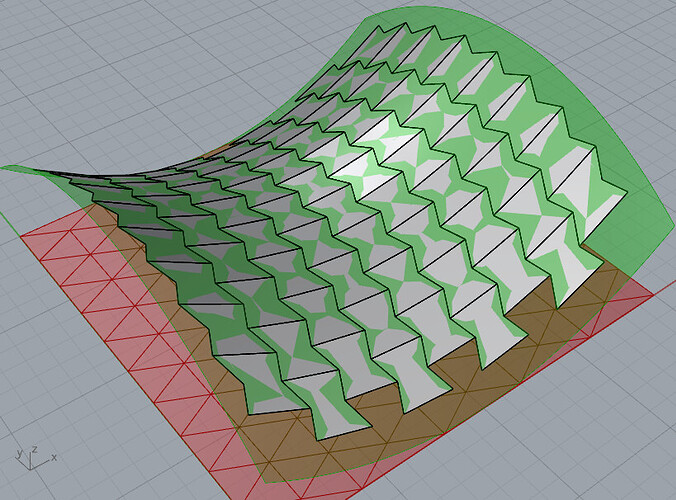 Making planar hexagons is quite different from making planar quads. With quads, provided they are reasonably close to the surface curvature directions, it is usually possible to make them planar without changing the shape too much. With hexagons though, when you have regions of negative curvature (which your shape does around the funnels, and between the domes), it is geometrically impossible to make all the hexagons both planar and convex. Some of them have to become ‘bowtie’ shaped. If you …

I find planarized hexagonal meshes (unless they’re essentially domes) tend to end up with unavoidably quite awkward looking and ugly shaped panels, just because of the inherent limitations caused by having 3 edges per vertex and planar faces. There are certain shapes such as hyperboloids where regular grids of bowtie shaped faces are possible, but for really freeform shapes with a mix of curvatures, making them into planar hexagons generally looks like a mess wherever the curvature changes.

Hi @DanielPiker, thanks for the quick reply.

I just saw you added more to your response, I’ll look at that now.

Edit: You’re first script is exactly what I needed and that explanation answered something I’ve been wondering about for a while. Thank you again!

Great.
Yes - your shape here planarizes quite nicely, as it is pretty close to a surface cut from a sphere. 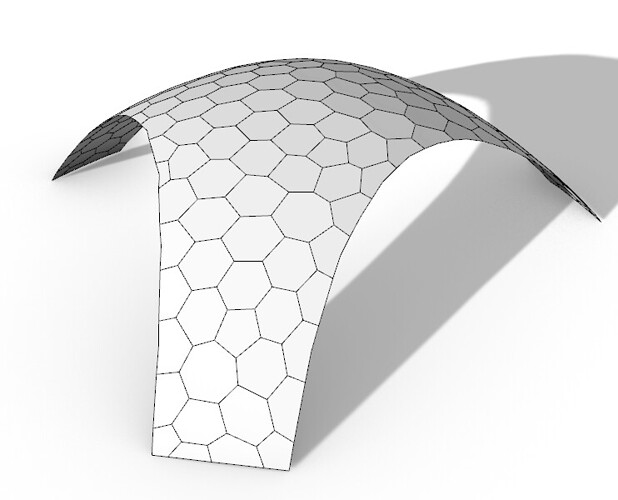