I’ve installed peter’s tools for R6 and it works fine, but I’m getting the following error message every time I close a file:

Maybe it’s because the toolbar file is in a directory where file writing is not normally allowed by current versions of Windows - sub directories of Program Files are not writable without admin permissions, and even then you have to answer a UAC prompt.

Maybe you could do the following (not sure if it will work, but it should):

thanks so much. That’s done it.

Amazed that you can carry all that info around in your head!

Only issue now is that rhino script is no longer working…

something is now blocking rhinoscript…

Long shot - but at least something to try:

Hm - it does seem like some wires are crossed - LoadScript is unknown then the RhinoScript plug-in is not loaded - does the EditScript command work? If not, look in Options > Plug-ins and make sure the RhinoScript.rhp is enabled and loaded… -Pascal

It wasn’t enabled and loaded, but when i try to load it I get the following: 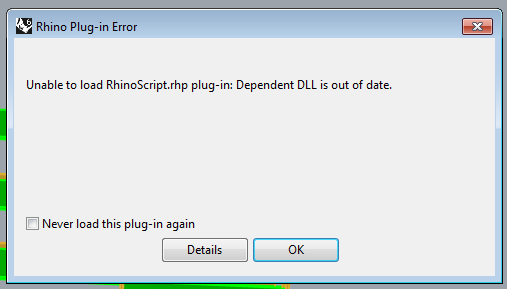 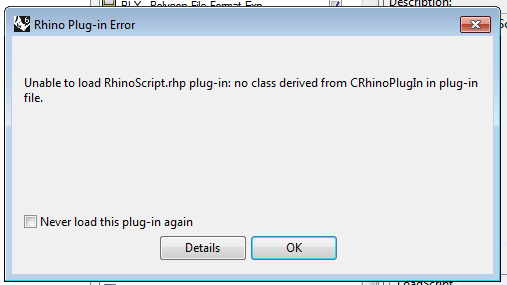 Have you also tried the step that Dan added in that thread - i.e. run a Repair on your installation?

How would I go about running a repair on my installation?

Go to Windows Control Panel>Programs>Uninstall or change a program and find Rhino 6 in the list.

Right click and choose “Change”, a splash screen will come up, hit the “Repair” button… 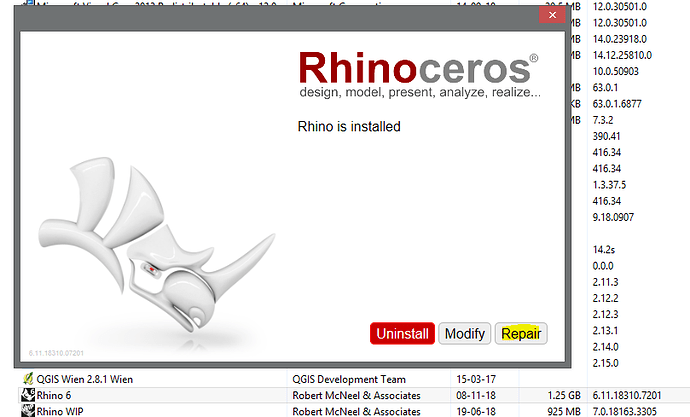 Here is the command line:

Are you using an anti-virus program other than Windows Defender? These can sometimes block the RhinoScript plug-in.

in the meantime i’m trying a clean install of Rhino 6.

So I’ve done a clean install of R6, and even before I try to modify the program in any way (add plugins/scripts etc) when i try to load rhinoscript I get this error: 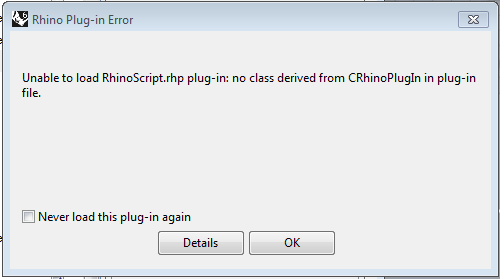 I can’t tell from this if you have tried to disable BitDefender.

I have now disabled the antivirus completely and it works!

Not sure how I will run Bitdefender and rhinoscript though…

Not sure how I will run Bitdefender and rhinoscript though…

I guess maybe this can help…

thanks, I’ll give that a shot.

Maybe your BitDefender decided that the move was a rogue operation and decided to quarantine the Rhinoscript plug-in as the scripts in the toolbar file reference it… go figure.

The RhinoScript plug-in enables a technology called COM which allows for starting and automating Rhino from an external script. From what I understand that specific technology is something that virus protection apps look for and can misdiagnose.